1.
I was working in a fancy restaurant and I was topping up my table’s wine. One guy put his hand out to signal that he didn’t want any more, but instead I misread this and proceeded to high-five the elderly gentleman, who then looked very confused.
arhardy

2.
I’m already an awkward person but the first time I ever had one of our more prominent regulars at my table, I was completely stressed out. When their food came out, his wife’s turkey burger had tomatoes on it when she’d ordered it without.
So as we both saw this I instinctively said “Oh, I’m sorry, I can get those out of the way,” and put my hand out, so she very strangely put sliced tomatoes in my bare hands. I hurried away in embarrassment, tomatoes in hand.
crewelladevil

3.
I was serving a table once who asked me for another jug of water. I tried to repeat the request and announced loudly “ANUGGA JUGGA WATTAAA.” I just ran away and pretended it didn’t happen.
nikilesliem

4.
I had just been camping with some friends over summer and an older, lovely, regular couple came into work and asked me how it was. I explained how fun it was but that it rained a lot at night and it leaked into our tent. I then proceeded to say, “I had a lot of wet dreams.”
I don’t know why I said that, nor do I know what I was trying to say. They didn’t respond, but I knew they knew what it meant.
cameronm47d3e5307

5.
One time I walked up to my table and right when I got there, the wife told her husband she wanted a divorce. I stood there shocked as she hurried out. All I could could say to the devastated husband was “Can I get you a beer, man?”
jakeg4c7a891c3

6.
I used to work in a local coffee shop. I’m really clumsy, so doing little things like dropping cutlery or spilling a little bit of a hot drink on the table is normal and I just laugh it off. One really busy Saturday I managed to spill hot tea on this woman’s leg. I apologised and she said it was OK and I continued on with my work.
About 10 minutes later she called me over to complain that “one of your co-workers just spilt tea on me” and pointed at another girl, really blaming her and wanting her to get into trouble. I had to deal with the whole complaint with her thinking it was another girl, and even when my manager came out I didn’t admit it was me.
It wasn’t till the customer left and I felt so bad that I admitted my mistake.
oliviaj423e2ca73

7.
I was waitressing at an event and when I was stacking plates onto my hand, some salmon skin fell and slid down one of the guests’ back. She was wearing a backless dress. I pretended not to notice and walked away while she squealed.
jennyn499cec6c3

8.
I was spraying down the tables during a busy shift and my spray bottle wasn’t working properly. I began to try and fix it, pressing the pump vigorously until the liquid burst out dramatically all over my station.
I started giggling to myself – blame the 12-hour shift tiredness setting in – when my colleague asked, “What happened?” Just as the restaurant fell deadly silent, I shouted back, “I just squirted everywhere!” The families looked fairly disgusted while tucking into their desserts.
s44a031240

9.
I was putting dirty dishes away at the pot wash station and dancing like a lunatic to the songs playing in the kitchen. As I headed back out into the busy Sunday dining room, I received a round of applause from diners. I’d left the kitchen door ajar and the whole restaurant had seen me and my pitiful twerk.
aliceo4825483d4

10.
I’m a chronic maker of bad puns. Usually customers think they’re cheesy and funny, but not always. Once, when a lady ordered a malbec, I said, “I’ll have that mal-BACK to you in just a minute, ma’am!” Total silence. Not even a smile. It was soul-crushingly awkward.
alanae4baffb89f

11.
One time a guy ordered hot chocolate and I asked “still or sparkling?”
ruzinabegum1234

12.
I once had a coworker spill a cup of water behind the bar. When he went to clean it up, he accidentally knocked a $250 bottle of red wine onto my white Converse. As he was mopping up that mess, he tipped over the mop bucket, spilling about five gallons of water onto the floor.
There was water everywhere, at least three people slipped and fell, and since the drain was clogged, it took about 45 minutes to drain the inch of standing water.
isabelleh49232d6ea 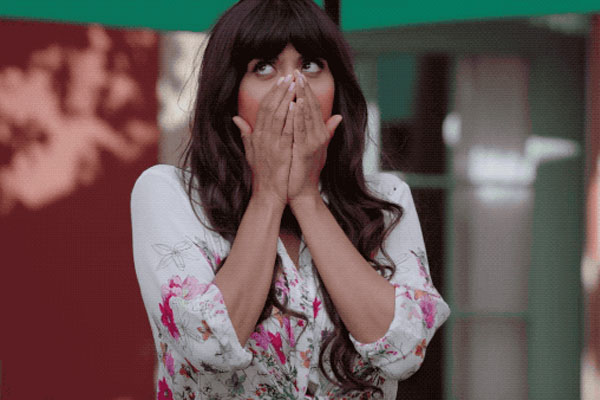 13.
I worked at a restaurant that sold crawfish, and people would pile up huge trays of the shells. I was trying to balance two trays, tripped over an infant’s car seat that a guest had placed on the floor, and spilled the tray of crawfish all over the infant. This was really spicy crawfish.
The parents flipped out, took the infant to the ER, and came back the next day demanding the managers pay the bill.
elisabethefergusone

14.
While working as a waitress at a sushi restaurant some girls in high school made a reservation and came in wearing their prom dresses with their hair and makeup done. I ended up spilling all six glasses of water all over the table, directly into this one girl’s lap. Her phone, wallet, and dress were completely soaked. The humiliation still stings whenever I think about it.
n43a81c9f9

15.
I backed into an RV in the parking lot of the restaurant I worked at. After apologising immensely to the RV owners I had to wait on their table.
amandaf409d88914

16.
During the Sunday morning rush I ran outside to my car real quick to grab something. I came back in and went straight back to serving my tables. As I was power-walking to my tables, I wondered if someone had farted. It smelled so strong like poop that it almost made me gag. I got through all three of my tables’ drink orders and rushed to the back to get started, still wondering who’d shit their pants.
I went to the computer to put the drink orders in and noticed everyone was kind of buzzing around as if something was up. I ignored it. Thirty seconds later a waitress ran in and yelled, “SOMEONE STEPPED IN THE SHIT!!!!!”
I looked down and there was green poop covering my left shoe and up my pant leg! I started yelling and looked behind me to see that there were poop tracks all the way through the restaurant where I’d stepped in a steaming pile of diarrhea shit. I hopped on one foot over to the drain where we dump the mop bucket and started spraying my foot off.
I asked where the shit came from and NOBODY knew! It was literally in the middle of the dining room, a perfect pile. Everyone called me “shitkicker” after that.
courtneyw26

What is the Population of Italy?
Who Succeeded Philip II of Macedonia?
Animals React to Social Pressure Much As Humans Do
Who Has The Most Wimbledon Titles?