We always knew something was wrong with him but I never expected something like this to happen.

1.
I grew up down the street from a kid who later was convicted of attempted murder (bludgeoned woman in the head with a hammer), child rape (8 year old daughter of the victim) and animal cruelty (repeated stabbing of family dog in the neck). He actually called the cops on himself right after this all happened and was sentenced to 65 years in prison, 56 of which was mandatory. He was severely disturbed his entire life and, if I remember correctly, he was schizophrenic. I was friend’s with his older brother and we always knew something was wrong with him but I never expected something like this to happen.
Nayre_Trawe

2.
I went to kindergarten with a girl who later joined a gang and killed someone when she was in her early 20s. She was super rude even at 4. I remember I showed her a butterfly outside on the playground and she actually said “I don’t fucking care”. At 4. She had a super hard life though I found out later. Mom on drugs, and she came home from school to see her father had hung himself. I was so scared of her after that butterfly incident.
kahrs12 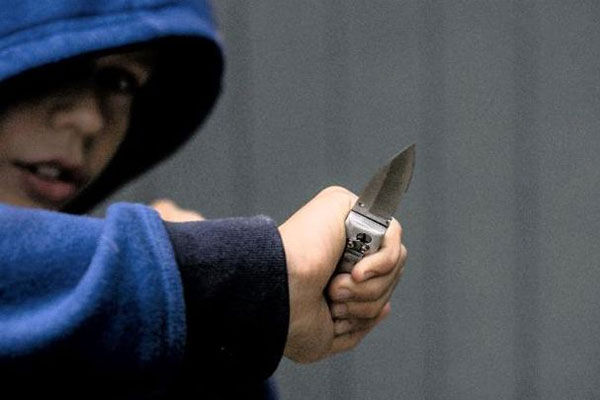 3.
I met a kid during middle school who I became pretty good friends with. We ended up doing this cadet program together for a few years, and playing sports together during high school. I’d met his parents in passing a bunch of times because of the stuff we were both a part of. I don’t really remember his mom, but I remember his dad. He always seemed like a quiet, calm guy.
The kid was a year younger than me, so when I graduated high school and went to college, he was then a high school senior. One night, the kid had been out partying with friends, apparently, and had come home drunk. His dad was still up, he was a reserve police officer and he was cleaning his gun. They got into an argument, some people said that the kid grabbed something to use as a weapon, and his dad ended up shooting him. Killed him right there in their own home.
The dad always seemed like a normal guy, calm, quiet, a bit reserved, it was definitely a big thing that rocked out town.
Anjodu

4.
I worked with a guy for several years. Seemed nice but was a total stoner doofus. Kept asking me to party with him but I always declined for one reason or another. I moved away and the next year around December the guy is in prison. Turns out he was dating a woman and she broke it off. He smothered her to death in the bedroom while her 5yo daughter watched cartoons in the living room. Then he put the little girl in the car and then the body in the trunk.
He dumped the mom’s body in a desert in Utah and drove to TX.
He had the little girl with him a few days before he realized there was no way to explain her, so he smothered her on Christmas Eve and put her body in a little kid’s suitcase on the side of a freeway.
After he was arrested they were able to retrieve the girl and the mom’s body.
He’s still on death Row in Texas.
Blockwork_Orange