The Most Socially Awkward Moment

Last time I was at McDonald’s I had the following conversation with the lady at the counter.

Please, while reading this dialogue imagine some awkward silence combined with weird interjections to fill in the gaps between the words. Thank you.

“A hamburger and a milkshake, is that right?” She asked.

“Good. Would you prefer a chocolate milkshake or a vanilla one?”

“…sure. But what type of milkshake do you want?”

Yes, being this mediocre in social situations physically hurts.

I flew to see my parents over Christmas break and had a pretty awkward moment.

Going through the airport security, I got in line to go through the standup scanner, like this one: 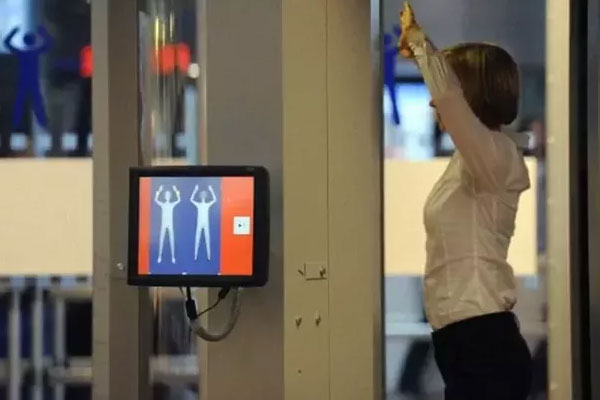 After going through it I stood at the end of the ramp waiting for clearance.

The lady said, “You popped for something around your crotch area.” She led me about 5 feet to the side where a male security guard said, “I need to pat around and under your crotch area. We can go to a private room if you’d prefer.”

I held my hands above my head and he got down and started patting up on the inner part of my thighs. Then he was running his hands over my “business” several times and patting me directly on the “business”. I had a moment where I was sincerely scared I was going to get excited from male contact, the friction and all was a bit unsettling. As he continued pit-patting me directly on my business, it felt like a high level “Gay Test” that I desperately wanted to ace.

Meanwhile, people are walking by in the airport staring at us as I’m being crotch molested. It was awkward, at best.

Finally after about 20 long seconds of that, he stands up and says, “You are clear. Sorry, I know that is a bit invasive hence my offer for the private room.”

I replied, “Hey no problem buddy. But hey – at least buy me a drink first next time, ok?”

My mom dropped my brother and I off at an amusement park so that we could ‘bond.’

That backfired after I managed to successfully lose my brother in the crowd in about 5 seconds.

Naturally, I became thirsty after an hour. So, I was about to buy a bottle from the concession stand when I remembered that my mom had left my dumbass of a brother with the cash.

So I whipped out my phone and texted him (it went something like this):

Him: Why do you need to know?

Me: Because I care about you?

Me: Fine, I need some cash.

Him: Karma is sweet, isn’t it.

Him: ;) Good luck finding me. U do know I could hide in a men’s bathroom and stay there? …or just leave in a taxi. Love u!

I was pretty pissed off at that point and dead set on finding my brother.

Now, imagine my surprise, when I see this kid a few feet away from me, who looks exactly the same as my brother.

In my defense, this guy’s back was turned.

So I run up to this guy, who I’m convinced is my brother, and steal the backpack off his shoulders. Coincidentally, this guy has the same exact backpack as my brother.

It wasn’t my brother.

I’m about to awkwardly give the backpack back to the poor guy until this happened….

Within seconds, I am surrounded by security officers, who snatch the backpack out of my hands and give it back to the guy. The tourists around me cheer like this is part of an attraction or something. I’m stammering furiously, trying to explain the situation, but let me tell you this, these guys are not having it.

Then I spot my REAL brother, who is pointing and laughing at me while eating his ice cream cone.