Pet Owners Reveal The Dumbest Thing Their Pets Have Ever Done

Pooping and then ate it. Yes I own a dog.

1.
Our dog will eat anything, but the worst was probably the pincushion.
Thantosiet

2.
Have you ever seen that dog that’s running in it’s sleep and suddenly jumps up and runs into a wall? My dog has done that. Our other dog that passed away last year sneezed, smacked her face on the back door, and ended up with a bloody nose though.
kiky23

3.
Saw my dog pooping, and begin to slowly curl around so he could eat it while still pooping. It was like his own self-contained puppy-centipede.
GreatTragedy 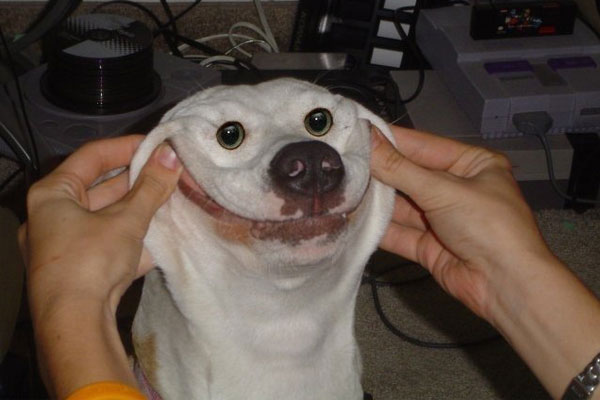 4.
I bought a rolling desk chair from a yard sale one day. I’d set it on the porch to wait until the mud on the bottom dried. Also since it was a nice day, I had both my front and back doors open. It’s a straight shot through my house from front to back.
The cats are just afire with curiosity over this chair. They’re out there gingerly sniffing it and climbing on it. Checking it out. When all of a sudden, my big fat cat, decides she too must check out this chair and gallops straight across the back yard, through the house, and jumps into the chair. Because of her bulk the chair slingshots off the porch and crashes in the middle of the front yard. Scared the shit out of her and the other cats. It was hysterical. About 20 minutes later they’re back to checking out the chair, except now they’re acting like its a ticking bomb. Except the fat one. She ran off and hid under the bed for several hours.
maddomesticscientist

5.
My late 19yo dusty tabby cat, Chalky:
Myself and a friend were having a late night gaming session – it was probably 3am.
Through the glass doors beside us, we watched Chalky slowly amble into the conservatory and poke her head out of the cat flap. Nope, too cold. At her age, venturing into a cold winters night clearly wasn’t high up on her to-do list.
After a brief pause she pulled back inside and waddled across the room toward one of mum’s plant pots. It’s a wide and shallow bowl where mum grows courgettes (a bowl any taller would have been too much for Chalky’s old bones to handle).
Chalky circled three times to find the right angle, crouched, and peed a perfect golden stream straight out of the bowl onto the floor.
Completely unaware that she had missed, Chalky thoughtfully proceeded to waft soil back and forth inside the bowl in an attempt to cover up her shame. She cant hear our howling laughter due to deafness.
Once satisfied with her gardening, Chalky carefully stepped out of the bowl, directly into ther warm fresh golden puddle. She let out a huge yelp in shock and bolted, moving faster than she had done in years.
Mar-Kraken