1.
Traveling at light speed, it would take you 4 years to get to our nearest star, but due to relativity, it’ll be instant for you, but 4 years for observers on earth.
Marcusaralius76

2.
Not the coolest one, but the actual term for a black holes process of pulling the atoms from your body is called spaghettification.
Vulcrix

3.
The temperature of space (not next to a star) is -270 degrees Celsius, or 2.4 degrees kelvin. That’s the coolest space fact I know.
812many
- Also, if you were to walk out into space, you wouldn’t feel cold because there’s nothing to transfer the heat away from your body. PM-Me-Your-TitsPlz

4.
The Moon is 400 times smaller in diameter than the Sun.
The Sun is 400 times further away from the Earth than the Moon.
We get near perfect eclipses because of this.
AudibleNod

5.
On Saturn’s moon, Titan, the gravity and atmospheric conditions are such that, if you were standing on the surface, you could flap your arms and fly.
PaulsRedditUsername

6.
John Young brought the first corned beef sandwich into space in 1965. He smuggled it onto a spaceship aboard his first mission and later got in trouble for it. He never ate the sandwich.
atlasobscura 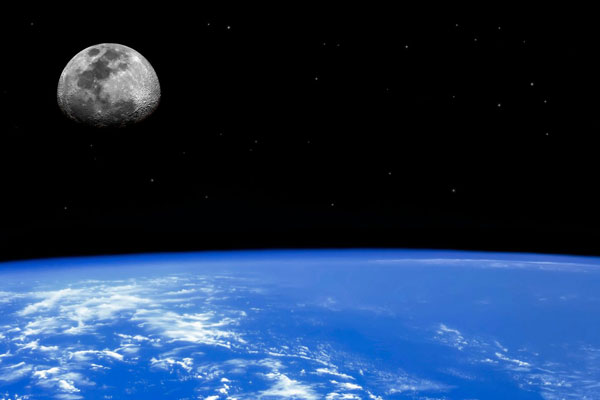 7.
If there was a body of water large enought to place Saturn in, it would float.
Cologne17

8.
Space is much closer than most people realize l, only 62 miles straight up. Interesting to me when I think about where 1 hour of driving can get me. And space is just as far away.
TheStarChild93

9.
Dust in the interstellar medium will organize itself into complex structures.
The center of the galaxy probably tastes like raspberries (due to the complex molecules that have been found in the ISM). It’s probably not dense enough for our taste/smell receptors to actually notice though.
vaelroth

10.
1. Jupiter’s gravitational pull prevents a lot of meteors from constantly pelting us.
2. Not quite a space fact, but Stu Roosa, command module pilot for Apollo 14, went to Nepal years after his walk on the moon. He spoke to a class who eagerly asked Roosa what he saw on the moon. He was like, “Uhh, I mean, it’s just mostly desert. There’s nothing up there.” The kids seemed devastated and pressed him for more information. As he left the class, the teacher laughed and said, “He was just joking.” Roosa found out later the Nepalese regarded the Moon as heaven, and he was basically saying no one they loved made it into heaven. Later, his wife is getting a haircut, and the barber tells her she is married to a god. The wife laughs it off, but the barber is insistent. A few days later, Roosa and his wife are traveling to a mountain shrine. As they drive up, the path is lined with locals holding candles. They came to see the man who came back from Heaven.
ceedubs2

Gay Parents Bashed
What Events Happened on November 1 in History?
Who Were The Hunter-Gatherers?
What are some interesting things that happened to you during an interview?