38 Things You’ll Only Understand If You’ve Been Best Friends For A Really, Really Long Time

1. Hanging out in silence, but comfortable silence.

2. Going to their house and then just having a nap.

3. Chilling out at their house when they’re not there.

4. Making food when you go to theirs, and then offering them some as if they’re your guest.

5. Knowing the in-depth gossip about all of their family, and telling them yours.

6. Disliking a random relative of theirs you’ve never met because they were apparently mean to your friend one time.

7. Showing up early to any party they have so they don’t feel awkward waiting for people to arrive.

8. Talking to their S.O. if they need help with birthday gift ideas for your friend.

9. Sending your BFF an array of selfies so they can help you choose which one deserves to be uploaded.

10. And sending them truly hideous selfies on Snapchat.

11. Telling them a secret which you swore you’d keep to yourself, because telling them doesn’t count.

12. Enjoying going on errands with them that anyone else would find really boring.

14. Screenshotting messages and sending them to your friend for analysis.

15. Getting them to go with you to the hairdressers’ when you make a dramatic change, in case you cry because you hate it.

16. Telling them all of your ailments so they can give you a medical diagnosis.

17. And occasionally sending pictures of rashes or inflamed tonsils so they have more information to work with.

18. Struggling to think of something original to write in their birthday cards because you’ve said everything in the previous cards over the years. 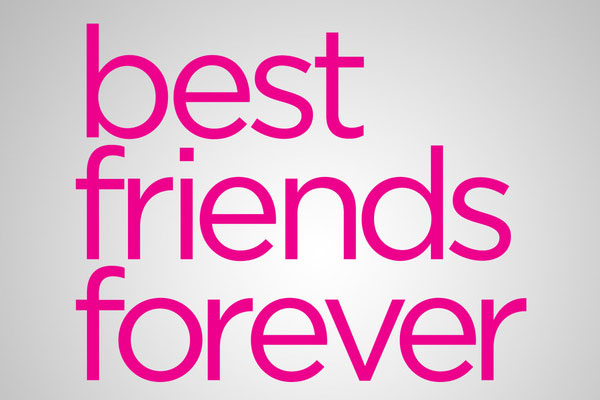 19. Asking them if you smell when you need someone to be brutally honest.

20. And doing an armpit sniff to check if they smell.

21. Giving them a harsh but truthful second verdict when they need to know if they can go another few days without washing their hair or getting their eyebrows done.

22. Sharing makeup with them without batting an eyelid.

23. Reassuring them if they feel insecure in something that it’s actually bad lighting /angles/unflattering clothing and not about them.

24. Taking off your bra in front of them.

25. Not knowing who owes who money anymore, so constantly paying each other back in coffees and meals.

26. Telling them very mundane things about your life because they’re actually interested, like a full-blown review of the new slow cooker you bought.

27. And asking them mundane questions you could definitely Google, but you kind of trust them more.

28. Helping them cover for a lie they’ve told, and even embellishing it to make it seem more realistic.

29. Talking to them about your body hair, including the speed of regrowth and any unusual ones you’ve found.

30. Farting around one another and graciously giving a warning if they smell.

31. Making a phone call on their behalf because they didn’t want to.

32. Letting them use your Netflix, or vice versa.

33. Asking them to get the ball rolling by liking your Instagram photo if nobody else has yet.

34. Having keys to each other’s homes.

35. Borrowing socks and both of you quietly accepting that the socks are now yours.

36. Chatting with their parents as if they’re your relatives.

37. Remembering big dates in their lives that aren’t birthdays, like difficult anniversaries or important milestones.

38. And finally, going a while without speaking to them without worrying about ~what it means~ for your friendship, because you know for a fact you’ll be fine.