1. Speak in a made-up language to each other.

3. Have an agreed-upon method for washing ‘the good dishes’.

4. Have an agreed-upon method for who gets to use the shower first.

5. And have an agreed-upon method for sharing the last slice of pizza.

6. And the definition of ‘agreed-upon’ may vary from day to day.

7. Have names and personalities for certain items in your house, and give them a rich inner life.

9. You stop apologising for burping and farting around each other. And sometimes congratulate them when they do a particularly massive one.

10. You regularly have two different conversations at once on different messaging platforms.

11. Tell each other in-depth gossip about people the other one has never met before. Like “so I found out today that Karen from IT slept with Gary from HR?!”

12. No longer find sleeping in the same bed romantic, and instead say things like “you’re breathing on me and it’s TOO WARM”.

13. Your text messages are a mixture of super mundane things and inside jokes. And you react with loads of exclamation marks and emojis even when they’re just texting about the new candle they bought.

14. Sometimes forget your anniversary, but nonetheless, remember the last time you hung out the washing, and how it’s definitely their turn to do it this time.

15. Have a fail-safe restaurant to fall back on when the “what do you want to eat?” back-and-forth has gone on for long enough. Have a restaurant where the people who work there now recognise you and your order.

16. Occasionally use weird things to measure your relationship length by, like which TV shows you two have lasted longer than.

18. Hold the same totally arbitrary grudges against local shops because of that one time they didn’t have the right Cornettos. 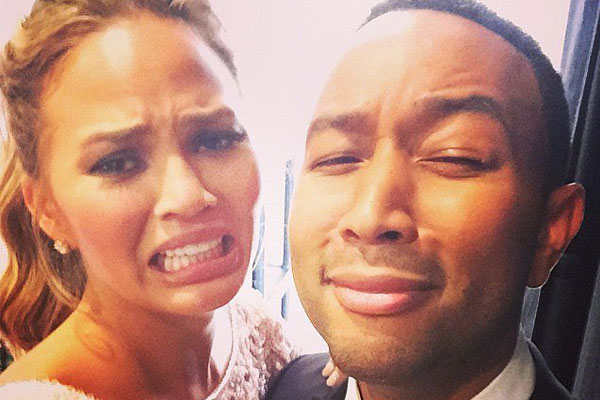 19. Still hold in hands in public, but leave making out for at home.

20. Value smaller, kinder, and more thoughtful things over fancy dinners and weekends away.

21. Like a bunch of supermarket flowers waiting on the kitchen table.

22. Feel comfortable telling them the gory details when you’re ill and no longer say things like “I have a dodgy tummy.”

23. Offer honest opinions about their haircut but then reassure them that “you’re still very handsome and nothing can take that away from you.”

24. Pull very ugly faces at each other in the privacy of your own home, because it won’t stop you fancying each other.

25. You’re comfortable enough to be rude to their family when it’s called for.

26. In fact, you’re now in their family group chat.

27. Wear your S.O.’s clothing so much you forget they weren’t yours at one point.

28. And sometimes benevolently offer to lend some to them, as if it wasn’t originally theirs.

29. Slightly resent the other one for falling asleep when you’re wide awake and want to chat.

30. Affectionately swear at each other in a way that you know would seem terrible if anyone overheard you.

31. Sniff each other’s armpits to check if you really need to shower.

32. Have nicknames for each other that aren’t even pet names, but random gibberish. And then come up with about ten different iterations of that gibberish nickname.

34. Do weird, bad dancing in front of each other and pretend it’s ~sexy~.

35. Pre-agree on which movies you’ll see together and feel very upset if they watch it first with someone else.

36. And feel wounded when you’re both watching a movie and one of you falls asleep, therefore missing the magic of cinema.

38. Chat while midway through brushing your teeth so that foamy toothpaste dribbles down your chin as you give then a rundown of your day ahead.

39. Make an enemy of anyone who was a bit bitchy about your S.O., even if they’ve let it go.

40. Use your S.O. as a human radiator by warming your cold feet on their back.

41. Play tug-of-war in the middle of the night with the duvet because one of you is hogging it.

42. Make a big fuss of complimenting them when they change their appearance a bit, by loudly saying cringe things like “oooooh what’s this then? Lovely! Mr New Shirt!”

43. You don’t try quite so hard to impress each other any more.

44. But you still want to tell them everything you think about everything.

45. And care about their opinion above all others.

15 People Who’ve Already Ruined 2019
16 Failed Attempts At Being Cool And Relatable To Young People That’ll Make You LOL
When Was Your First “I Feel Old” Moment?
Baby Red Panda