People Are Sharing Their Embarrassing Fitness Fails, And Everyone Who Tried To Get In Shape Will Relate 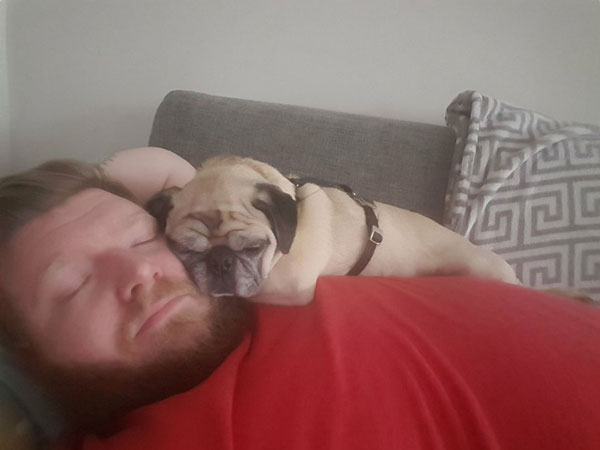 2.
I was at the gym when I saw a man rip his pants while stretching. The man wasn’t wearing underwear… the man was my dad.
All_Natural_Log

3.
after my daughter sophie was born, i started running with the jogging stroller. i like to listen to rap when i run. apparently i also rap along, because she later screamed ‘move bitch, get out the way’ to a kid at her preschool.
kimmi_churri

4.
I took a zumba class to get in shape for my wedding and complained to the instructor after 6 weeks of steady weight gain. Turns out zumba was not to blame. I was pregnant.
IvanisNe

5.
After several months of exercising I quit due to a scare of finding a lump in my leg. Turns out it was just a muscle in the leg called the calf muscle. It was new to me …but don’t worry the lump is gone now.
themessednest

6.
I had to fart at the gym so I figured I’d do it in time with the music that was playing so no one would hear. Afterwards, I realized I was wearing headphones.
lyssbrooke273

8.
I was going to run a mile one morning. Couldn’t make it and started to stop at about a half mile. Adorable young lady came up beside me and suggested we run together. Made it mile and a half. Missed two days of work.
BloffnerLarry

9.
I was at my college gym working out. A cute guy was eyeing me. He walked up, whispered in my ear, your pants are inside out.
Marizza_95

10.
My coach told me my push ups looked “like when a horse is born and tries to stand up for the first time, but worse”.
LilahMorgann

11.
Bought a Fitbit so I can motivate myself to walk and workout. Instead I put the Fitbit on my 4 year old brother that just runs around all the time. That week I won the Fitbit challenge against my friends.
Owleyessx3

12.
On my elliptical in basement. Spider descends from ceiling on his thread, appears in front of my face suddenly. Exhale sharply to blow it away. Swings back into my face, I fall off machine.
broush4242

13.
I once fell asleep at the gym in the middle of doing sit ups. When I woke up, the gym was empty and it was dark outside.
ElianeRasmussen

14.
My sister bought a Nordic Trac. It sat there so long and lonely that her kids renamed it “lgnordic Trac”.
debraweber5

15.
I went to a bootcamp where the instructor was really good-looing. I made a comment to the woman next to me about how hot he was. Turns out, she’s his wife
mandymamaof3

16.
I sprained my wrist taking off my sports bra.
amora_ashley

17.
I visited a health club & they took me on the tour, working me out on each machine. I was so dizzy at the end they had to call 911…
jvbt82hhs

18.
When I was 14 i made up a workout schedule, printed it out and then spilled pizza sauce on it
Eagleseye721

19.
After my friend is done with the machine he increases the weight so the next person thinks he’s much stronger
tintin813_

20.
My wife and I joined a 12 week boot camp once. When the instructor told us to run up a super steep hill, we got up the hill and into our car and never returned… That was day one.

What was it like to watch Titanic with your parents?
18 Examples That Prove Designer’s Mistakes Can Make Us Suffer
20 Pictures That Show What Pure Joy Looks Like
China Uses 45 Billion Chopsticks Per Year