What Sounds Extremely Wrong but Is Actually Correct?

For example, if you point a giant laser at the sun and turn it on, the sun’s temperature will fall. (Of course, this assumes that you don’t apply enough energy to destroy the sun and scatter its atoms into space.) In scientific terms, stars have “negative heat capacity.”

In real life, firing a powerful laser at a star would cool it down and extend its lifespan — though the full power of the Death Star would probably be too much.

How can this be? Well, here’s a somewhat intuitive way to think about it. Imagine that we lift Mars into Pluto’s orbit. That takes a lot of work, so it adds (potential) energy to Mars. However, because its new orbit is so much larger, Mars still ends up moving more slowly than it does now. In a sort-of-similar way, adding heat energy to the sun causes the sun to expand. As a result, its atoms “slow down” and it becomes cooler.

Clouds aren’t very dense, but they’re really big. A normal cumulus cloud might be a kilometer across and several hundred meters tall as well. In a volume that large, there’s room for a lot of water droplets. 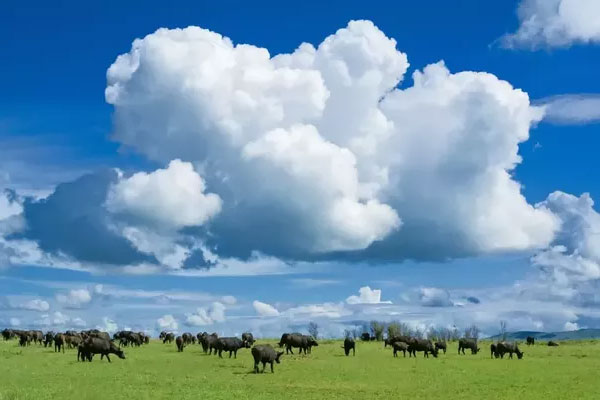 In real-world applications, machinists almost always add abrasives to the water jet when cutting metal. This makes the cutting process easier and reduces the pressure requirement, but it’s not strictly necessary.

4. It is possible to take a solid sphere, break it into five pieces, and reassemble the pieces in a different way to obtain two identical copies of the original sphere.

This is known as the Banach-Tarski paradox. The result is not quite as bizarre as it seems, because the “pieces” are not ordinary solid objects; rather, they are infinite collections of points that lack a well-defined “volume.” But it’s still weird.

This is called Braess’s paradox. It arises because sometimes, adding a new shortcut encourages a large number of drivers to choose paths that lead to the shortcut. As a result, traffic becomes more congested along those paths, slowing everyone down.

6. Ulaanbaatar, the capital of Mongolia and the coldest capital city in the world, is located south of Paris.

Ulaanbaatar has a latitude of 47.9° N, while Paris is at 48.9° N. But thanks to the temperate waters of the Gulf Stream, Paris is on average over 20° C warmer.

7. There are about 30% more bacterial cells in your body than human cells. And that’s a good thing — those bacteria help your body digest food and defend itself against pathogens.

8. There are three interstate highways in Hawaii — a US state with no land borders.

9. We park in driveways and drive on parkways.

We also transport cargo on ships and shipments in trucks. How does that make sense?

10. The apples sold in supermarkets are typically 5–12 months old.

Before going on sale, they are kept in special cold storage facilities with low oxygen to prevent decay. 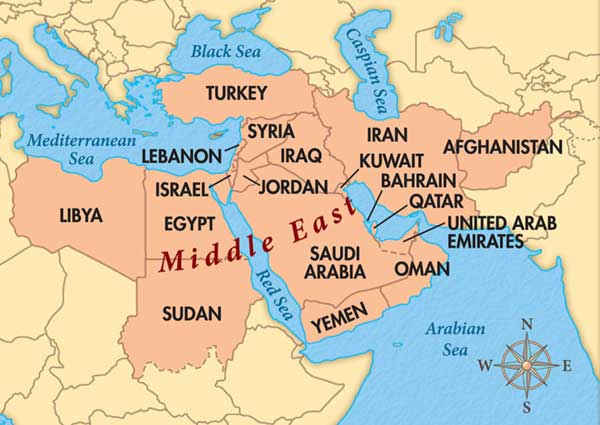 Despite what they might tell you, size doesn’t matter.

20 Hilariously Accurate Tweets About Trader Joe’s
What Events Happened on December 19 in History?
15 Tweets That Are Exactly What This World Needs Right Now
Which Mammal Has the Most Teeth?