The Scariest Thing That’s Happened at 3AM

1.
Waking up to a flame at the foot of my sleeping bag while staying at a friend’s house. His house burnt down completely and his mom didn’t get out.
MHM5035

2.
Fire alarm ringing cause it was out of batteries + 3 am delirium = me being fucking terrified
A_CGI_for_ants

3.
Awoke to the sound of my Sweet Sweet golden retriever barking furiously at the partially open bedroom door. Snarling, snapping and barking. I was soooo scared that someone was in the house. I got out of bed and turned on the light. He was barking at a plastic bag I’d hung on the doorknob. I guess he saw the silhouette in the dark or something. I checked the whole house and all was clear and normal. Scared me to death.
gorillaboy75

4.
Behind my bedroom closet there’s a little door that goes into the attic. I forgot that I had left it open when I went to put an extra mirror in there.
So I walked by the closet to go to the restroom at night and some movement catches my eye. I back up and there’s a fucking person standing in my closet staring at me.
effieokay

5.
My gf and I were sleeping peacefully when her phone, out of the blue, started blasting a video of a man’s preaching. Kinda scary. She turned it off ASAP lol.
PurpleWhatevs

6.
Fell asleep next to a guy, i woke up after intense episode of sleep paralysis, weird dream hallucination of this demon girl crawling across me. he looked peaceful so i didn’t wake him the next morning he described the EXACT same dream along with sleep paralysis. i never told him i had the same dream, too fucking weird
cloudynoir 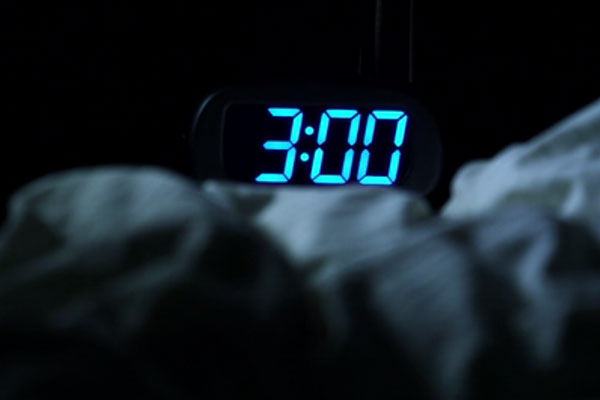 7.
I was watching a movie on my smartphone, because i couldn’t sleep and then a spider landed on my face. I jumped out of my bed and turned the lights on. My heart was going crazy and i was paranoid the whole night.
lolnudel

8.
My dog was going ballistic at our side door. I yelled for her to come to me, but she refused to leave it and kept barking, which was really unusual behavior for he. As I come down the steps I see a big ass dude standing on the otherwise of the door, fiddling with the knob and trying to get in. My heart stopped. I asked what he wanted, and he paused and looked at me surprised, as though he hadn’t realized I could see him (I wouldn’t have been able to if I hadn’t been on the steps). He said he was looking for somebody. I tried to sound hard and said I already called the cops. He called me a bitch and turned and ran off into the night.
What scared me the most was he knew I was awake, and he knew the dog was in there, and he still tried to come in. That only tells me he had a plan for dealing with us, or was crazy enough to not care.
Edit: I realize I forgot to include that my dog is big. She’s a 98 lb Black Lab and German Shepherd mix. This wasn’t a chihuahua he was ignoring.
FusRoDoodles