What’s Your Worst “I Need To Poop But There’s No Bathroom Around” Story?

1.
Ever been stuck in a car on a bridge because there’s an accident at the other end of the bridge? And there’s no way to back up because you’re on the highway? And the accident involves a fatality, so there’s no chance you’re moving anytime soon?
By the time I got to work, I had to roll myself out of the car, struggle to stand hunched over, and shuffle about a half mile to the bathroom.
By the time I reached the toilet, my insides had knotted themselves up so tight that it took many many minutes to convince my body to void itself of the terror inside.
To be fair, it was the most glorious feeling I’d ever felt and will ever feel.
Seriously. Hold in your poop, folks.
ImAStruwwelPeter

2.
I was 16 and my mom had left me in the car to go grab a drink on a holiday (bad parenting). I had told her my stomach didn’t feel well but she left regardless. I was in downtown region of my city, so I figured there were plenty of bathrooms around if I needed to go. 15 minutes of scrolling through my phone later, it hits me. 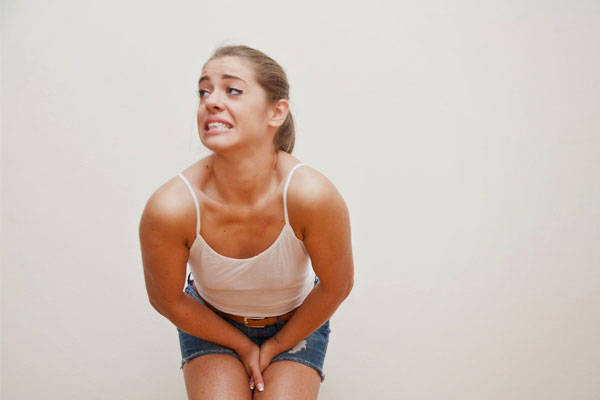 Image Credit: blogkesehatandian.com
You ever have those come to god moment, those eye opening, life changing moments? Well I was having mine, and it was telling me I needed to shit. Now. I get out of the car frantically looking for the nearest bathroom but due to the holiday every place was closed. I start to pace as the pressure in my intestines builds. Now it was no longer a mission of finding a bathroom, but rather “Where can I shit in this highly populated area without anyone seeing?” I start to run towards the nearest alley, some of it was already coming out, streaming down my leg. Just as i approach the alley it all comes out in an explosion of shame down my legs. Oh lord the smell. It smelled like someone rolled a dead cat in shit and threw it into a tire fire. I wasn’t about to continue wearing these defiled jeans any longer. So I strip down to nothing, use my shirt to clean up the damage, and call my mom to tell her I’m walking home.
14 blocks. I walked 14 blocked, completely naked in my tireless quest to get home unnoticed. From bush to bush, as cars pass by me, I made my way home.
To this day I always carry extra clothes in my car for fear such a thing happens again.
ExtraMeat