1. My brother: “You are very autistic, what is even wrong with you?”

2. My mother: “My kids torture me. Leave me the fuck alone. You haven’t even accomplished anything.”

4. My brother again: “Fu*king idiots. Retarded, primitive losers,” addressed towards my mom and I.

My family is very dysfunctional. Family causes the most pain.

I had a best friend for 45 yrs. We shared everything together — vacations, pregnancy, life’s traumas, our children grew up together.

I was 49 yrs old at the time and we were meeting for our weekly lunch date; some of our mutual friends would all meet up for lunch at least once a week. My husband of 28 yrs had just left me for a younger woman, it had been about three months. I was very heartbroken.

We were once again planning the yearly vacation (to the river) something my husband and I started some 15 yrs prior. For sometime I’d been thinking how weird my friends were all acting, especially my friend Lisa. When it came time to get down to the details of the trip Lisa asked if she could talk to me in private on behalf of our friends, her husband Dave and herself. We sat down at a local restaurant and this is what she said to me:

Carrie, we have all talked about this and we have decided to not invite you on vacation this year and these are the reasons:

1- We are tired of you crying all the time, frankly it makes everyone uncomfortable,
2- Dave(her husband) hates your Fucking beach chair and it causes him undue stress (my chair was a small folding chair, they all had chairs in a bag),
3- You’re a downer and,
4- You’re single now and it’s just not going to work.

I was so freaking sick to my stomach at what she said! Then she said that she wouldn’t be seeing me as much as she used to, but that I could come over on an occasional weekend if they weren’t doing anything. I was so hurt and I didn’t think my heart could break any more than it already was, but I cried for weeks! Losing my husband and my best friend was just terrible, for I still loved them both.

It’s been almost 7 yrs since. I have put both of them to rest in my heart and moved on with no malice or bad will towards them. But my heart still aches with the loss of them both on rare occasions. 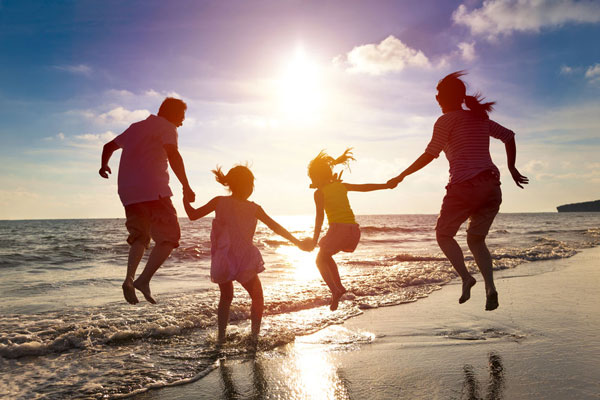 In 2012, my husband and I had been married for 8 years ( together for 12) and had two beautiful daughters, two and four years old. I noticed a sharp decline in my husband’s interest in the children. He stopped asking about our oldest daughter’s therapy (she was born with multiple learning disabilities). He stopped picking them up. Playing with them. Talking to them. When I asked him, he said he was overwhelmed at work.

One night, while he was in the shower, he received a text and I did something I had never in our marriage had done before. I checked his phone. I saw an exchange between him and his girlfriend. I saw sexual conversations with at least a dozen women. But most hurtful of all was a conversation he had with a woman regarding our children. He said “ I wish I had never become a father. I wish they were like dogs and could be put in a cage. I could just throw kibble in there.”

I felt like I had been punched in the gut and stabbed in the heart. Our babies. Our blessings, reduced to nothing by their own father. I filed for divorce a week later. He gave up full legal custody without so much as a thought. I didn’t care that he was unfaithful. I didn’t care that he emptied both childrens’ savings accounts for his own pleasures. But I could not fathom those words about his babies. I asked him how he could feel that way. Why did he not love his girls? His actual response was, “ All we do is feed them, give them baths and play stupid f-ing games with them. I am destined for more than that. My life is going to be so much more.”

I can honestly say that those were the most hurtful words I have ever received. Because I knew that they would never be loved by their father. And one day, they would be old enough to be devastated by that.

Five years later, he has been married and divorced again. His children barely recognize him. I am not sure if he is living the life he dreamed, but I know I am. I have my two little angels to care for. I only hope I am enough.

Say Yeah
What’s the Creepiest Thing that Has Ever Happened to You?
Lost Any Respect For Someone Instantly
15 Tender Photos Proving It’s Love That Makes The World Go Round