People Share The Amazing Thing Strangers Have Done For Them

They're truly amazing, as far as I am concerned, and so can you!

1.
My brother passed away and I was the only one that could afford the funeral cost, then my mother passed away 3 months later, same thing. I was going to have to take a dip into my retirement but a stranger gave me 4k. No idea who, but I am so grateful, that was a lot to take on at the age of 24.
JanMichaelVincent7

2.
When I was a kid, we were quite tight on money. My mom married early and was in her mid20s at that time. I remember me and my mom just walking down the street at night. I can’t remember if we were lost or what we were doing there. While we were walking, a bus pulled up on the road and opened its door. The kind bus driver urged us to go inside and ride for free (it was freezing cold) and take us to our destination. My mom rejected first but the bus driver insisted. I don’t remember much after that but I could feel my mom’s relief and gratitude to the guy.
cheekyfinnegan15

3.
6 years ago my boyfriends grandmother found out through my boyfriend that I was having dental problems and at the time she was a stranger to me. She paid almost $10,000 over a 4 year period because the first dental work I received was done incorrectly. She’s the reason I have teeth now and I am so grateful for her. I loved her more than I love my own family. She passed away last May. She was an extraordinary woman and ill never forget her.
The_Magic_Conch73 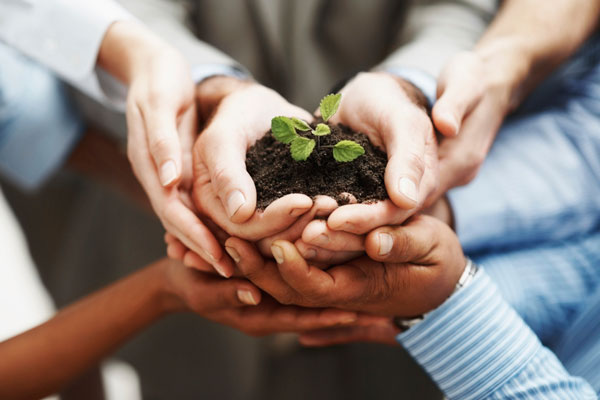 4.
donated the bone marrow that helped cure my leukemia.
she was truly amazing, as far as I am concerned, and so can you!
NearlyNormalJimmy

5.
This was a few years ago… I was on my way to work, first day of a new job. First job in my new field. I was a little nervous. Walking to the bus stop, and I decided to pop into a little coffee shop to get my morning fix of liquid goodness. I’m there, standing in line and working behind the counter is the slowest trainee I have ever come across. Nice, friendly girl, but it’s her first day and she just doesn’t have the practice.
I look at the line, and at my watch. If I wait to get a coffee, there’s no way I’m going to make it to work on time. Watch, line, watch, line…nope. Gotta go. I bolt out of the coffee shop and just make it to the bus stop on time.
A short while down the road, the bus pulls into the depot to pick up additional passengers. As the masses are coming and going, some guy walks onto my bus, walks right up to me and hands me a coffee.
“I hope you like it double double.”
He walked away as I muttered out some kind of gratitude. You have to understand, this guy would have had to have been in the shop, seen my impatience, noticed that I sacrificed coffee in order to make it to work on time, saw the bus I got on, known that it was going to go to the depot (and that I would still be on it when it did), bought the coffee, and made it in time to give it to me before the bus left again.
I mean, damn.
I never saw him again.
TheWanderingHeathen

Friend convinced me to break my lease at my apartment and co-sign a new one with him. Agreed… and he further convinced me to put new apartment bills in my name. 3 months later, still couldn’t find a job. Friend called me from his work telling me he was gonna whip my ass in Madden when he gets home. Mid phone conversation, power turns off, I hear chains at the back door. It was the power company cutting off power. Come to find out, friend hasn’t paid power bill since we moved in 3 months ago (as he said he would)… neither rent, or other utilities. Friend comes home to me sitting in a dark living room. Says what’s up, then goes to his room packs his bags then immediately moves in with his girlfriend. 3 weeks later, eviction notice placed on the door of the apartment. I’m suicidal at this point, decided to take a bus and walk around downtown ONE LAST TIME. Ran into white guy close to my age. We start talking about life experiences, sports, current events, blah blah blah. We talked for about a good hour outside. Time for us to part ways. My heart starts to beat really hard because I know what I’m about to do.

Before he leaves he asks me, “where you going?” I told him “I don’t know… my license is revoked, no insurance… and I’m sure I’m going to be homeless tomorrow (wasn’t going to tell a stranger I’m on my way to off myself). Dudes face turns red. He tells me he is a co-owner of a mortgage firm, and a multi-millionaire. He hands me a key and an address and told me to move my stuff into this house (he owns it) and stay there until I can get back on my feet.

I started crying out in public, thanked him with tear soaked hands and moved all my stuff to the house…wait it get’s better… 1 month later, still can’t find job. He stops by to see how I’m going. Power still off… $500 to get it cut back on. No food, normally I weigh 170-180 lbs… at that time I was 143lb and feeding off cans of tuna and stretching cold pizza out for 2 weeks. He tells me to come into his office the next day and he’s gonna show me how to close loans as a mortgage originator. Stupid ME…

The next morning I jump in my illegal uninsured vehicle dress shirt and tie… half way to the office, I’m pulled over and arrested for driving while license revoked and operating an uninsured vehicle. I’m sitting in a holding cell when I look up and the millionaire dude is talking to the magistrate and pointing at me, I’m not sure what he said to them but they let me out (I’m still not sure how he knew I was there). I bursted out crying again in his car as he drove me to his office. He told me to calm down, don’t worry about it… we got loans to close. Within 4 weeks I closed my first loan earning about $5000.

That one key from Dan gave a completer stranger (me) in 2005, made the difference in me being dead that day, to now owning a house and in school studying to become an engineer.
Jyounya