Managers Reveal The Strange Reasons For Firing An Employee

1.
I’m not a manager, but my preschool school director fired an employee on her first day because she put an infant outside, alone because “he was too loud.”
omglookawhale

2.
She got off night work at 6am, went to her locker, got in the shower and was found in there passed out drunk about 9 am.
penny_can

3.
Employee sh*t his pants to go home early…30 to 40 times in 2 years
xballikeswooshx

4.
Had a final straw where my employee came to work high on pain killers. He was in complete denial about it, while slurring every word and calling everyone by the wrong name. It was a help desk position, and he was completely embarrassing himself and our team to our clients.
simiansamurai

5.
I had to ask the owner of my old job to fire someone who had less seniority than me bcs she kept planting things on me to accuse me of theft. It was pretty funny watching her put stuff under my desk when she thought no one was looking, then try to do a Scooby-Doo dramatic reveal at the end of the day.
gateauxes

6.
Not a manager, but help people get jobs. One guy was fired from a higher end breakfast restaurant because he kept breaking the dishes. He didn’t break them because he was clumsy, he broke them so he wouldn’t have to wash them.
lcommisso04 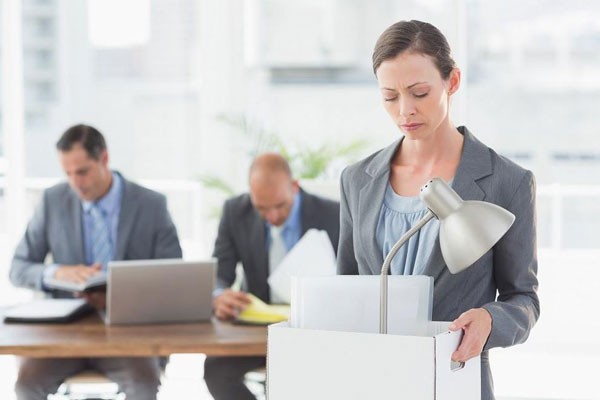 7.
She would not stop soliciting other employees to purchase things from her kid’s school fundraisers.
GuiltyLawyer

8.
Let someone go who stole equipment from the company and tried to frame someone else when he was questioned about it. We was an overall awful employee but this gave us enough cause to finally let him go.
upturnedboat

9.
Transferring his department’s budget to his personal account and paying for the department’s expenses with his personal checkbook- all because he thought going through Purchasing was too much red tape.
“What? It’s not like I’m stealing the money, I’m keeping it totally separate from my own money. I don’t see what’s wrong with it!”
wordserious

12 Chefs Who I Feel So Darn Bad For
18 Best Friends Who Are Impressively Extra
Why Do Birds Never Crash into Each Other?
20 Powerful NSFW Photos From The 2018 Birth Photo Competition Prove That Moms Are Badass