Do People Remember Being In A Coma?

1.
My mother was in an induced coma for several months. While she was under, they amputated both of her legs due to sepsis. When she woke up, we asked her a similar question – she replied that she hadn’t been aware of us, but that she had had some horrific nightmares about having her legs chewed off by demons and vampires.
realbasilisk

2.
I was kept in a medically induced coma for a while. I wouldn’t say that I was “aware” of much. Rather, it was like being stuck in an extended dream state… Usually nightmares. I will say; however, that my mom sat by my bed and talked to me every night, and I swear, I somehow heard her voice. It brought me out of some bad places a couple of times.
facelesscog

3.
Friend of mine was in one for 6 months. He said he was in a constant dream of being stuck in a wall and couldn’t move. And was thirsty. When he woke, all he wanted was water. He told his family if it happened again to pull the plug.
AUCE05

4.
Not me but my dad. He said, for what he thinks is the entirety of the time he spent in the coma (6 months), that he was in the sewer below his favorite bar, there was an alligator, he could see people walking over a sewer grate, cigarettes would be flicked down at him, and he was always keeping an eye on the alligator, and he knew if he made a sound it would get him.
It never occurred to him it wasnt real, or that alligators arent in the sewers, or that it was always night, or that no one looked down to see him. It was just his reality for 6 months.
ZoidbergBOT 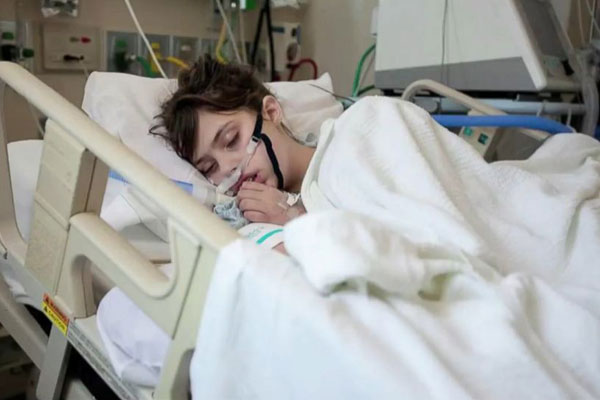 5.
I remember absolutely nothing from the real world while I was in a coma. I was in a motorcycle accident and they put me in a medically induced coma for about a week to heal me up. During this period, I was living my regular life except, there was this portal that would follow me around. One minute I would be driving my truck to work and all of a sudden I’d be zapped to somewhere in Montana (or whichever state it would bring me to). As if this was my real life, I would walk around to different gas stations looking for a phone to call my wife to pick me up. Every day that I was living irl, I would be “zapped” to different states about 5 times a day. When I woke up from the coma, I couldn’t remember ever being in the hospital. I thought that I had been living normal life the whole time. I guess my coma experience is very different compared to everyone else’s lol.
Sofa6265

6.
I was in an induced coma for just under a month.
For the most part I dreamed absolutely vivid and terrifying nightmares that incorporated the world around me. Most of the time I dreamed I was on a boat that was sinking (the bed I was on moved automatically to prevent bedsores), but there are also individual points that I remembered. A parade of friends who were either laughing or crying at me as I was tortured (a group of twenty or so friends skipped school to come see me), my father trying to fight someone (him yelling at a nurse about something), and someone trying to choke me (from being intubated).
As the medications were weaned and I started having a longer and longer periods of lucidity everyone had to keep reminding me that, no, I wasn’t on a boat, and no, you can’t pull the staples out of your scalp.
The boat thing really was traumatizing.I had nightmares about boats (and helicopters, but that was from the Life Flight) for a few years afterward. Before I used to love going out on the water, but afterward even going to the beach would cause me to shake and have cold sweats. It probably took almost a decade before I was able to go to the beach and actually enjoy it.
fat_loser_junkie