I wasn't just one more girl: there were four of us.

1. Sweet, sweet karma
I was with a girlfriend for five years and was making plans to propose to her. Then one day, she said she wanted to take a break to figure things out. That was about four years ago. She got married about two years after her “break” to a coworker who I later found out she had been cheating on me with the whole time we were together. I was devastated at the time, but now I think it was all for the best. Also, it’s a small world, because her husband is cheating on her with someone I know. Thanks karma!
Pepe, 30

2. The phone fiend
I was with a boyfriend for seven years and he started spending a lot of time with his ‘best friends from childhood’ whom I had never met or heard of before. One day I was waking up and asked to see his phone to check the time. He handed it to me and it opened into WhatsApp, where I discovered he had been sending naked photos of himself to all his ‘childhood friends.’ When he realized he had handed me his unlocked phone, he pounced on me like a tiger, took his phone back, and broke it with his bare hands. He bent it back and forth and twisted it until it snapped, but I had already seen everything.
David, 37

3. When two wrongs make a right
A month into a relationship, I cheated on my boyfriend with an ex. He found out and when I was away on a trip, he arranged to confront my ex so they could ‘beat the crap out of each other.’ They instead ended up becoming best friends.
Lalo, 27

4. The Twitterleaks
I had a boyfriend who was particularly jealous and controlling. He even told me that he was really bothered when I went out with my friends. He would always criticize the ‘atmosphere’ and how men are only looking for sex. Everyone but him. In the final days of our relationship, someone posted a bunch of pictures and videos of him cheating on me on Twitter. That was when I realized that all his preaching was only to hide that he had no loyalty nor willingness to commit, and he was a hypocrite, doing exactly what he condemned.
Ted, 27

5. He even befriended my ex!
My former boyfriend worked in the same company but in a different department and one day, another guy from my department started hitting on me. He knew I had a boyfriend and he didn’t care. We would sneak out and go to the movies, see each other in secret, and no one ever caught us. He even befriended my ex (that was weird). I decided to break it off but it was very intense even if it lasted like 3 months, and I keep thinking that he’s the love of my life.
Karla, 35

6. The obsessed ex
Asshole told the other girl that I was his ex-girlfriend and that I was obsessed with him. He told me that she was just a really intrusive friend. It’s been half a year since we broke up, and now he’s the obsessed ex-boyfriend.
Natalia, 20

7. Four’s a crowd
I started dating my coach at the gym. We were together for around 8 years, and I was so ‘in love’ that I didn’t want to realize that he wasn’t just dating me (because yes, I always knew that I wasn’t the only one) until one time during a trip in which, while he was taking a shower, I took a look at his phone and, surprise, found out I wasn’t just one more girl; there were four of us. I obviously didn’t want to accept it, until I mustered up the strength and left him … I recently learned that, out of the four of us, two are still dating him.
Biri, 29

8. The nerve of this one
When I was in college, I was in a seven month relationship… seven of which were filled with every possible form of infidelity. After breaking up with him, one of my best friends confessed to me that every time they went out partying, they would compete to see who kissed more women that night. When they did, he had to ask my ex-boyfriend to stop, because not only did he beat everyone, he would also get super intense and cheeky with the girls, to the point in which it became embarrassing and degrading. After each party, he would come back to my place and sleep with me like a little angel.
Yuri, 24

9. A rough year
I married a man who was 26 years older than me. We’d been living together for four years and we decided to get married, but he was already seeing another woman. I found out a week after getting married, and then after I dumped him, I was diagnosed with cancer and had to face the Mexico City earthquakes. This last year hasn’t been nice at all.
Sofía, 31

10. The girl he said not to worry about
This one time, a girl was hitting on my boyfriend, but she was a friend of a friend and he would tell me ‘Don’t worry, nothing’s going to happen. She’s cool.’ She later became my friend, and we spoke all the time. About a month or so later, I learned that my boyfriend and her would have sex at his place during holidays, hahahaha. We broke up and they got into the most toxic relationship ever. Thank you!
Brenda, 23

11. Projection much?
I went to France on vacation with my best friend. Three days in, my boyfriend started texting me saying that I was probably cheating on him with every European guy I met. He would ask what I was doing the entire time and all he would do was accuse me of cheating on him, when I was actually really busy sightseeing.
One day I got sick of it and said to him: ‘You’re nagging me so much about this that it’s probably you who’s cheating on me.’ That’s when he confessed that it was actually him who had gone out with another girl during my trip because he felt so lonely and that it had just been some girl he’d met and that he hadn’t seen her again. Afterwards he let it slip that he was going to delete her from all social networks and Whatsapp. That’s when I realized they were still in touch. We broke up and, a week later, he started dating that girl.
D, 24

12. The imposter
A few years ago, I was the other woman. One day, the guy who was having an affair with me let me spend the night. The next morning, he left to buy breakfast, and his mother stopped by to visit. She knocked on the door and, since I wasn’t answering, she walked into the room and I had to cover myself completely. I changed my voice and told her ‘I’m Laura’ (that’s his girlfriend’s name) through the door. She bought it and waited for Roberto to arrive, so I had to lock myself in his room while I listened to the excuses Roberto came up with to explain why ‘Laura’ wasn’t having breakfast with them.
Anon, 26 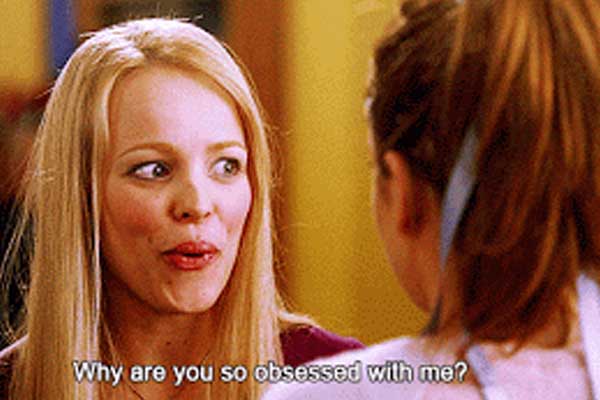 13. Five years though
I’ve been in a relationship for five years with someone who’s married and I’ve had sex in the house where he lives with his wife.
Paula, 30

14. It was fate, my friend
I met my best friend in high school. we were 15 and we’re still BFFs. One day, we were on a bus cruising through a nearby town, and I told her: ‘I used to have a boyfriend here when I was 13,’ to which she replied ‘I lived here too when I was that age, what was your boyfriend’s name?’ I told her he was called Stuart and she was like O_O and then started laughing because IT WAS THE SAME GUY. Meaning he dated both of us at the same age, long before we knew each other.
Mireya, 30

15. A lose-lose situation
I went to Germany to visit my boyfriend. While I was there, my longtime crush started texting me and telling me to leave my boyfriend for him. I broke up with my boyfriend during the trip, went back to Mexico and started dating the other guy. We had to break up shortly after because he hooked up with a girl during a party and got her pregnant. I was left with no German boyfriend and no crush :(
D, 24

16. Oooof
She cheated on me with the trainer at the gym that I was paying for.
Daniel, 24

17. The long distance lout
For four months, I dated a French guy who was doing an internship in Mexico City. After the third or fourth time spending the night at his place, I learned he had a girlfriend in France. The idea made me a little uncomfortable, but we kept seeing each other a few more months because I arrived at the conclusion that his relationship and his life over there where completely irrelevant to me.
After not hearing from him for several weeks, I ran into him at a party. After the party, I assumed we would leave together, as we used to. But that night he said no, because he ‘respected his girlfriend too much.’ I said to him: ‘Bit*h, please. That stopped happening a long time ago.’ Right after that, we took an Uber to his place and hooked up, again.
Yuri, 24

18. He never broke it off
When my ex-boyfriend started going out with me, he told me he had dated a girl before, but that he had dumped her after meeting me. We were in a relationship for a year and three months, and we broke up because he never stopped dating her. She contacted me and told me that he had never broken up with her.
Anonymous, 22