1. Small Di*k, Aisle Two
Over the phone at Whole Foods. Everyone stared at me as I yelled, “Whatever, you have a small di*k anyway!” and proceeded to check out.
ruthannm4b52a7d02

2. The Old Ball and Food Chain
When my ex-husband told me he wanted a divorce, he did it my favorite breakfast place: Cracker Barrel. I sobbed in the middle of a totally packed restaurant. We eventually separated but decided to work on our marriage, and six months later he asked me to meet him at Subway. There, he told me he pushed our papers through and our divorce should be final in a couple weeks. Again, I sobbed in the restaurant.
ashleybouchern

3. For the First Time I Feel… Wicked
He bought us tickets to go see Wicked. I was sooooo excited. We drove for an hour and a half to get to the theater, and right before we went in, he handed me my ticket and said, ‘It’s only you now, sorry.’ and drove away. I went to the show anyways, though.
nebrickner

4. Message Received
Our family of four had just gotten back from vacation. This was the mid-’90s, so upon our arrival home, we all gathered around the answering machine to hear who’d reached out while we were away. The best message of all was my boyfriend leaving a message that he was breaking up with me for another girl. My family just looked at the ground.
erink47ec7e314

6. Broken Hearts and Broken Mirrors
I was on vacation in Tennessee when my (now ex) girlfriend called me to break up with me while I was in the middle of a mirror maze.
maddien46ccd35a4

7. Nugget About It
I was dumped by my boyfriend at McDonald’s as I was eating chicken nuggets. Needless to say, I can’t even look at nugs anymore.
jaymee1096

8. A Bad ~Tract~ Record
I was dumped front of a tractor at the World Agriculture Expo three days before Valentine’s Day. I still hate tractors.
laurens4d6ffcc81

10. The ~Gall~ of This Ex
I got dumped over the phone while I was in the hospital waiting to find out if I needed emergency gallbladder surgery. By the time the doctors came to tell me I didn’t need it, I was red and puffy from all the crying. Got to keep my gallbladder, though!
maddyg4b9791f48

11. Steak, Shake, and Break… Up
I was dumped in the parking lot of Steak ‘n Shake after my then-boyfriend asked me what my favorite ice cream flavor was. Upon learning we had different answers, he told me we had nothing in common and broke up with me.
mallorykee

12. Prince Charming is a Social Construct
Disneyland. Which sounds like a great place to get dumped, right? Nope. A cast member even came over to me and said, “There’s no crying at the happiest place on earth!”
katien464011fe7 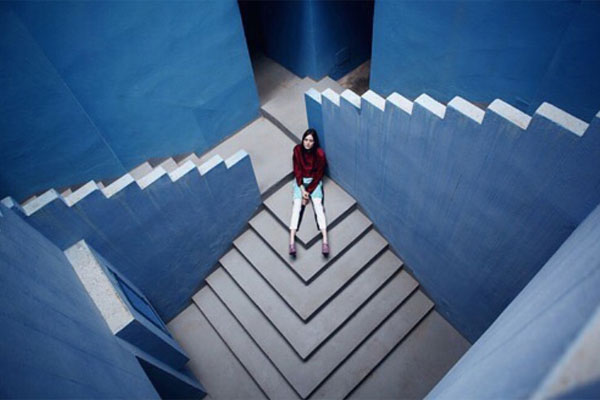 13. You’re Finally Done, and So Are We
My then-boyfriend left me a voicemail breaking up with me while I was taking my SATs. That was great to hear right after finishing the test.
devikaj

14. This Is Just… Not Okay
We were on a school trip to NYC and my boyfriend at the time thought it was appropriate to break up with me at the 9/11 memorial.
daniam3

16. A Love That Fell Flatts
He broke up with me while I was at a Rascal Flatts concert, over text message, while they were singing “Here Comes Goodbye”.
brandyc4d7d2f709

17. Leftover Lover
We were out on a date at Outback Steakhouse for our anniversary when he looked at me and said he wanted to break up. Then, he asked for my leftovers.
maggies4634c002c

18. Dairy Priest
At Dairy Queen while sitting with a mutual friend and a Catholic priest.
nicolec42601379a

19. Bad Appe-timing
My college boyfriend took me to dinner at a local Applebee’s and broke up with me before we even received our appetizers.
margor3

20. Can’t Buy Me Love… Even For .99 Cents
An Ace Hardware and Dollar Tree parking lot.
humboldthoney

21. Rough Mourning
I was dumped in a gas station phone booth after my grandpa’s funeral.
aimeem4d1fbe422

22. Ugly-Crying Step Sister
I was dumped backstage during my high school production of Into the Woods. For visual aid, here’s a pic of me in full hair and makeup as Drusilla, one of Cinderella’s ugly step sisters.
Me, unfortunately

23. VolunTEARS!!!!!
This guy I had been dating for over a year broke up with me at our church festival WHILE I WAS VOLUNTEERING THERE. He and his family were about to leave, so he stopped by my tent and asked if we could talk alone for a minute. I returned to the tent with tears and makeup running down my face. Needless to say, it was really awkward seeing him and his family at church after that. My mom legit made us move to a different pew because his family sat in front of us at Easter Mass.
andiepanda1999

25. Third Eye Blind-Sided
Back in college, this guy I had been dating for a few months broke up with me during a Third Eye Blind concert. No one should get dumped to a ’90s alt-rock soundtrack.
brianneb45d56a859