1.
I decided to rename all the contacts in my phone with their spirit animals. WHO THE HELL IS ETERNAL BABY CHINCHILLA?
brockclark13

2.
12 years ago I got really drunk at a college party and some guy at the party held my hair back while I threw up and walked me around the yard until I felt better. We’ve been married almost 7 years now.
stelsull

3.
I came home overserved & showed my ID to my Dad at the front door of the house at 4am thinking it was another bar. My Dad was in full cop uniform going to work. I got in but was not allowed out for a while.
FoggyDew1310

4.
One time I got drunk with an old teacher from high school and apparently, at some point during the night, I raised my hand and asked him if I could use the bathroom.
JesseBetts11

5.
I once got to drunk I cried hysterically because my parakeet had to live his life without hands.
ThePolishista

6.
Got to drunk my friend let me stay over for the night. Woke up on the floor of their living room with my friends 8 year old son lining up action figures around my body saying “don’t wake the giant! Tie hime down!”
GreenApple2

7.
One night I got so drunk at the bar that I stole a girl’s birthday crown off her head, went to another bar, and made everyone there buy me birthday drinks.
ellenmlaurie

8.
I once got drunk by myself and spent the entire night trying to call the White House just so I could ask Donald Trump if the J in his name stands for Jasmine.
KristenRose124

9.
I was super drunk at a bar once and walked into the bathroom. When I turned I bumped into someone and said “oh my gosh I’m so sorry”. Took me 5 minutes to realize that the ‘person’ I bumped into was my reflection in the mirror.
CATARINAvonD

10.
I once left a party to walk home and woke up behind a strangers sofa cuddling a full grown German Shepherd.
knarfbarf7734

11.
I stepped outside of the bar to smoke. I realized I had to pee in the worst way but I had half a cig left. Decided to squat between two cops cars for ‘privacy’. Shout out to the San Diego policemen who let me finish up before they cuffed me.
welch864

12.
One night I got drunk with a foreign diplomat. He though I worked for “the embassy.” Turns out I work for “NBC.”
jimmyfallon

14.
I was trapped in an elevator, used the emergency phone freaking out till the door opened an I was rescued. Couldn’t figure out why my rescuers seemed so annoyed. Turns out I wasn’t trapped, in my drunken state I just forgot to press a button.
AshLT271

15.
Drunk Me thought it was a great idea to call and pour my heart out to the guy I had a crush on. Turns out I actually called my friend’s Dad. They are both named Miek.
ChelseaJoanna

16.
My friend got so drunk last night, we went to the tattoo shop across the street and he got Brad tattooed in his arm pit so he was a Brad Pitt tattoo… 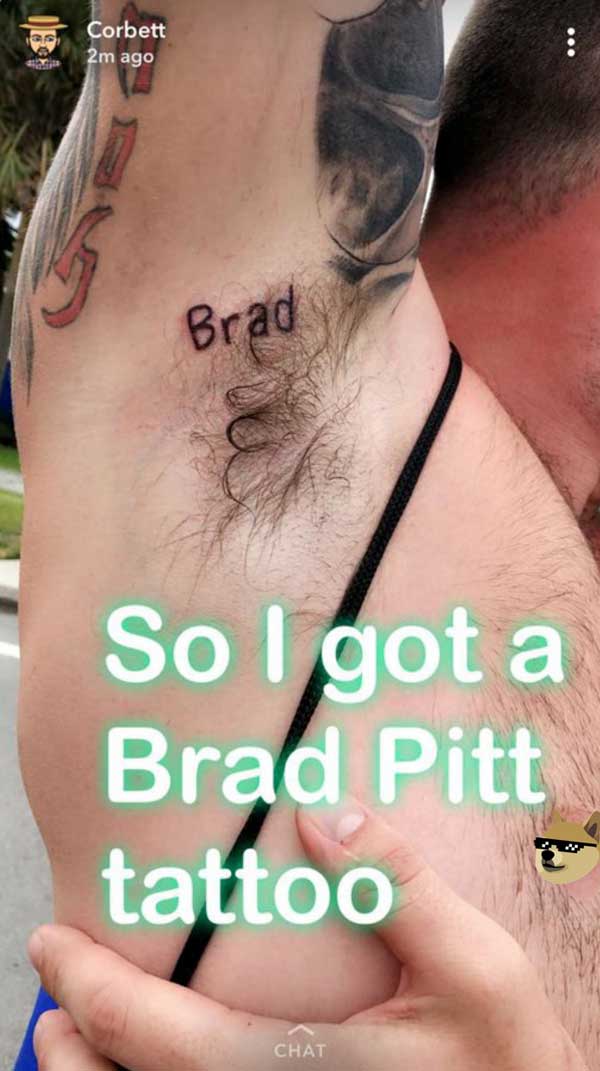 17.
I got so drunk that I went up to my roof, switched my phone to airplane mode and flung it at the sky hoping it would take off… It didn’t
MessedUpJack

18.
I decided to lie down to sleep and thought– WOW, the ceiling looks just like the night sky. So real.
Woke up feeling itchy, wet, and finally realized I had fallen asleep on a freshly watered lawn nowhere near my house.
Preciosa_Liz

19.
I Woke Up Thirsty Reached For Some Water And Drank My Contact Lenses.
whoopiepie10

20.
I once spilled beer on my socks at a party and decided that the quickest way for me to dry them off was a minute or two in the microwave… I left the kitchen with someone yelling out “Who’s cooking a sock?!”
The_DDP

21.
Passed out in Panama City, boyfriend woke up to me peeing on his suitcase. He asked me wtf I was doing and I yelled at him to “Shut the F* up and get out of the ladies’ restroom!”…. We’re married now
allimcguire

22.
I called a cab and when I arrived home I proudly slid over a $10 bill, winked and said “keep the change” The cab ride was $24.
tammystwocents

23.
I was drunkenly trying to make friends with a very angry girl in the bathroom, and when she told me to get away from her I looked her dead in the eyes and said, “You should be a South Pole Elf.”
BelleofBabble

24.
After a long day and night of drinking I woke up in bed and went to grab my phone, it wasn’t there, but there was a piece of toast in its place. After looking around the house for the phone I found it, in the microwave covered in melted cheese.
SteBest82

25.
I was invited to a party at my new neighbors house. I drank so much that I thought that their bathtub was my bathtub. So I took my clothes off and took a bath. I ended the night by writing them a long apology in crayon.
ScottGainey

26.
Forgot the guys name next morning. Yeah awkward. Exchanged. Thought I’d be clever when asking how he SPELLS his name. He said.. ‘You can’t spell the name Ron??’ lol
RachelJuly16

27.
Stopped at a neighbors house late at night who had a ceramic dog on their deck. I broke it in pieces and left a note “sorry, it ran out in front of me and I couldn’t stop in time”.
OddsWithLiberal

28.
I got blackout drunk on wine, and signed myself up for America’s Got Talent…I didn’t find out until I got an email letting me know I made it to the audition phase.
jacquie_white

29.
I turned myself in to Lost & Found at a MLB baseball game after I went to the restroom during the 7th inning stretch & couldn’t remember where my seat was.
debAURAhhh

30.
A bouncer insider the bar asked how I was doing, and i responded “I’m pretty drunk but don’t want to drink anymore i just want to have fun” he told me i should probably go home. I thanked him, shook his hand, and left. That’s how you kick yourself out of a bar.
kjblackman117

What is National Animal of Canada?
What is the Most Venomous Marine Animal?
The Most Dangerous Zoo Animal is a Zebra