The Craziest Thing A Narcissist Has Ever Said/Done

There is no craziest thing. Everything is the craziest.

We had gone to the mall together and walked into Victoria’s Secret. A young salesgirl walked up to us and said to him, “I remember you! I helped you buy a present for your wife a few months ago. This must be her! Hi!” She was so bubbly and friendly. I had never received anything from Victoria’s Secret from this man. No charges for Victoria’s Secret had been on our credit cards. But he didn’t deny having been there to make a purchase.

We left the store and walked toward the car. I was thinking about how he had been taking calls from a woman he worked with, but he’d been insisting that she was just a friend who needed support. I told him that I’m not stupid, but he insisted I should trust him. He suggested I might be crazy for acting jealous for no reason while he took phone calls in another room.

I had to ask him what his Victoria’s Secret situation was about because he was pretending like nothing had happened in the store. He told me that he’d purchased a present for me from there, but he’d decided not to give it to me due to the fact that I’d been acting crazy/jealous. He said he thought I didn’t “deserve” any presents, so he’d taken it back to the store for a refund.

In case you weren’t following that, he cheated on me and lied about it, told me I was crazy, and when he was caught, tried to make me feel that I’d done something wrong and didn’t deserve him.

When I was 14, my mother died (at age 35). I was at the funeral home with Dad shaking hands and greeting people. With my dead mother in an open casket behind me. Dad left and went to play in a soft pitch baseball game because , “They really need a pitcher.” 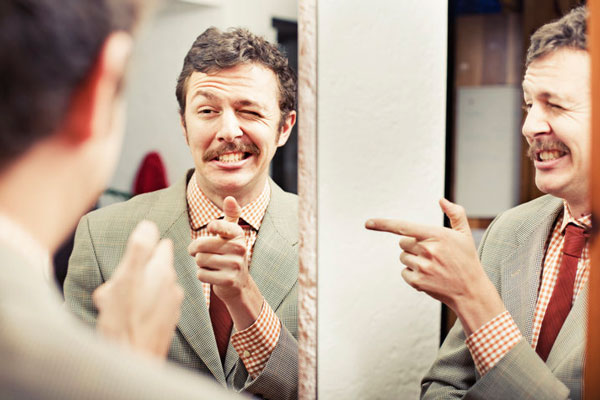 Or, said to my older brother with me right in the room, “Why can’t you be more like your sister? She gets really good grades, even though she is not as smart as you”

Or, when three of us teenage daughters called him at a bar and told him we all needed tampons right now, He told the bartender to tell us to stand on our heads” hilarious.

Or, when my shoes had holes in the soles and my feet were getting dirty and wet, when asked for $$ to buy shoes, “you women (I was 16) would not have such poor quality shoes if you got all your friends together and boycotted the shoe industry. You don’t see my shoes getting holes in them.” My friend bought me some shoes.

Or in my senior year of high school when he came home with a 2 month old baby, said it was his (and my friend’s married mother) and asked me to babysit because they needed a break. I had no idea there was a baby.

There is no craziest thing. Everything is the craziest.

He is now 89 1/2 and is still crazy-making. I really am amazed at his ability to maintain his level of craziness for

My best revenge was to move 1000 miles away, get my Master’s Degree, marry a wonderful intelligent man with an advanced degree and a huge heart, have two well balanced well educated successful happy children.