What Does It Feel Like To Cheat On Your Partner?

Well, my story is pretty much the same as everyone else’s. I was a contractor stationed in Bahrain and met a guy at the gym. (So typical I know) He was in the Navy and his wife was stateside back home. I was married to another Navy man and my husband was deployed. When I met this guy, I Must admit that he was gorgeous. Me, I’m not. Very average. So I was shocked I got attention from him at all.

We started texting on WhatsApp (his wife didn’t know he used that because he was out of the country). It started innocent enough and when he had his going away party, he invited me. One thing led to another and we ended up getting drunk and having sex. I was so happy because there was no way that this gorgeous man was remotely interested in me. Well, he was. When he left we continued our “relationship” on WhatApp and also began to text and call eachother. (He was now in Virginia at school for his new assignment away from his wife who was in California.) The affair progressed and before I knew it, I was in love. Head over heels. Me and my husband were already on the outs due to his being gone, and now I know that I didn’t even give my marriage a shot because I was sure that this other woman’s husband would eventually be my husband.

I flew to Virginia to see him. During this time, I told him that I loved him and he stated that he loved me too. I spend 10 days with him and pictured how our life would be once he left her. I also was able to see who this “wife” was through pictures that he had on his computer. I must admit, she wasn’t at all what I thought she would look like. This woman was beautiful. She had a PhD. She was this incredible mom (All of these are his words). He just said that I actually made him feel like he mattered. He said that there were times that he didn’t really feel connected to her and that she always seemed so busy. (In hindsight, why wouldn’t she be? She worked full time, raised 5 kids, volunteer coached track and cheerleading and STILL managed to get to the gym and maintain her size 2 shape) But I still convinced myself that I was the better fit for him.

Well, his wife was WAY smarted than we both thought. She asked him why he was spending so much money (it was on me) and why he wasn’t answering his phone(I was there). They argued and she said “Whatever you’re doing, you better end it now because if I find out your cheating I will destroy your life”. I will never forget hearing those words. EVER. Of course, he told her she was over reacting and acting crazy. That she was being insecure. He then turned off his phone for the next 2 days. Things seemed to be going well and the only communication they now had were through emails. She was pissed. She told him to call her. For some reason I got satisfaction from knowing that I had him all to myself. Fu*k her and their kids. 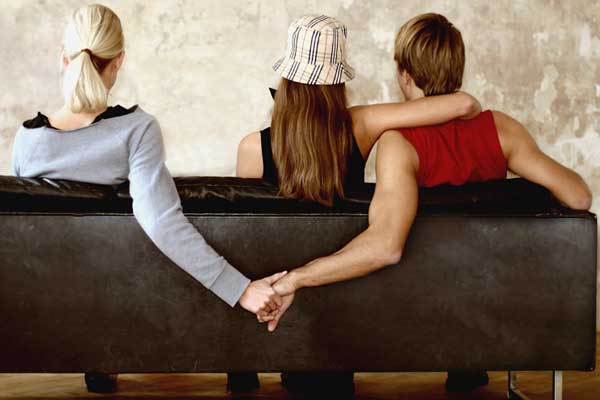 Well, this woman was way smarter than we both thought. On night #2 of them not speaking, me, him and 4 of my friends all went to go eat and have drinks. He had been picking up the checks from us eating and going out, so when he grabbed this check, it was no different; or so I thought. His card got declined. He offered another one. Same thing. 3 more cards and then it hit him., She cancelled ALL his credit cards. He checked his bank account. The money was in there. He just didn’t have access to it. He went outside to call her and ask her what was going on. I didn’t hear the conversation but when he returned, I could tell she now had the upper hand. I paid the check for us all and tried to continue on with the night like nothing happened.

The next morning, he tried over and over to call and text her. No answer, no response. For the last 2 days, I could tell her was genuinely worried. This woman was smart. She could leave and he would never know where she went. She could take the kids and he couldn’t do anything about it. Again, all these were his words. For the first time, I realized that she was his priority, not me. I was hurt but just knew that once he talked to her, we would get back to normal and eventually he would be all mine. I was so naive.

3 weeks later he went back to San Diego. That’s when it all came crashing down. When he fell asleep, she went into his phone and downloaded the WhatApp. She saw everything. EVERYTHING. She found all of our messages. She found out that he had a new email address that he made just for me. Graphic pictures of me. She found out my full name, where I worked, who my husband was and even family members of mine.

The next day, I got a text message from him saying this “It’s over. Don’t contact me again”.

But it wasn’t over. She told my husband and sent him all the emails, screen shots and naked pictures that I sent her husband. She called my workplace and told them that I was sending nude pictures over a secure site (Department of Defense frowns on this) which caused me to lose my job. She called my parents and told them ALL about what I had done (My parents LOVED my husband) She had her friends download naked pictures of me online and attached my address in Bahrain and solicited me as a prostitute. Then, she called me personally and reminded me that I was average and to “take some of my Bahrain money and buy some tits because I looked like a 12 year old boy. ( That shouldn’t have hurt, but I have BIG insecurity about my breast size) She also went in to point out every flaw that she saw in me. How average I was. How I wasn’t that smart. How I had no lips., How I needed a nose job. How I should get a weave because my “blond thin ass hair looked stringy”. How my Associates in Exercise Science was for those who couldn’t get REAL degrees. Last, but not least, how I was just the “side bit*h”.

I cried. I cried because she was right. I cried because after reading all the emails and text messages over the last 3 months, NOT ONE time did this man ever say he was leaving his wife. Not one time. I saw that he complained about her but would never leave. Ironically, I also saw that he praised her. That she was such an amazing mom and that she was overworked back home. That she wanted to start teaching college at night once a week to pay off their credit cards. That she lost all the pregnancy weight after having twins in 5 months. How she was an excellent cook and that when he was home she always made sure that he had a home cooked meal. She kept the house clean.

She was right. I was the side bit*h.

In the end, I lost everything. My husband promptly filed for divorce. I had to move back to Oregon after losing my job, and I also had many scares while overseas with men trying to attack me after those ads.

18 Of The Best Cat Posts From This Week
How Many People Use Facebook?
No Fattest Animals in the World
75% of World’s Spices Come from India