Your features are nice but not together...

1.
This was accompanied by lifting my chin and looking deeply into my eyes: “But we know it’s whats inside that counts.”
“You’re so polite and respectable, not like the black people I see on the train. You should feel proud.”
…both from coworkers. Shh, coworkers.
Socialbutterfinger

2.
“You know something, you don’t act short.”
I responded, “I didn’t know I was short.”
coolcrosby

3.
“Wow. For a girl from Kentucky, you’re smarter than I expected you to be. Now if you would just lose that silly accent.”
This was from a manager at one of my previous jobs. Um… thanks?
Booner999

4.
The girl I liked told me I had really nice legs, I blushed, then said thank you. She then proceeded to say “If you were a girl, those are the legs we dream for!”
sibleydude

5.
How the hell are you dating such an attractive person
wcase85

6.
Why do you like him? You’re almost cute enough to date white guys.
Kimmunist

7.
Those flowers you bought me took forever to die!
android-unknown

8.
One time a coworker asked how many people I slept with and when I said “one” he said “Really!? That’s awesome, I thought it was way more”
Thanks?
JaineLaine 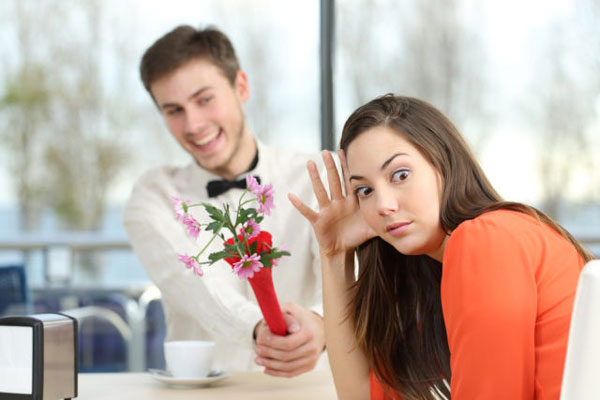 9.
You’re not even that fat.
Spectage

10.
Junior year crush (he was popular, I was not) said “all my friends think I’m weird for liking you”
Umm thanks.
RUlax23

11.
A guy I’ve been seeing was talking about how it’s been hard in the past for him to fall asleep with another person in the bed, but the way he decided to say it was “you’re the easiest girl I’ve ever slept with.”
Im_kinda_awesome

12.
“Your features are nice but not together” …..
stormikitts

13.
Your teeth look really good with that gap between them – not many people can pull that off.
loveethatdirtywater

14.
It wouldn’t be so bad on its own, but I’ve definitely had people compliment a friend by saying “You’re so good-looking, and nice, and funny!” before turning to me and saying, “And you’re so nice and funny, too!” without missing a beat.
blueeyesredlipstick

15.
I had a baby three months ago and haven’t lost the weight. Grandma recently commented on a pic of me on fb holding the baby, unprompted, “don’t worry, I love you no matter what size you are!”
Weight was mentioned nowhere else in the post. -_-
Beekerboogirl