1.
Use a laser pointer to have my cats close my bedroom door.
MrShoubic

3.
I knew a guy who lived above a Fish & Chip shop, he was hungry and rather than walking downstairs to see if it was open, he used google street view to zoom in on the opening times sign….
bowlch

4.
When I was younger and very lazy, in order to get up off the couch and do something, I’d turn on a TV channel I hated and toss the remote out of reach.
Wiccy

5.
Rented a car for another day because I didn’t want to get up and return it.
Uhhhhdel

6.
Automated my work computer to save all the files and shutdown every day at 5.30pm.
PM_Me_Yur_Funbags

7.
I throw my basket full of dirty clothes over the railing and into the family room so I don’t have to carry it down the stairs.
Mytrixrnot4kids 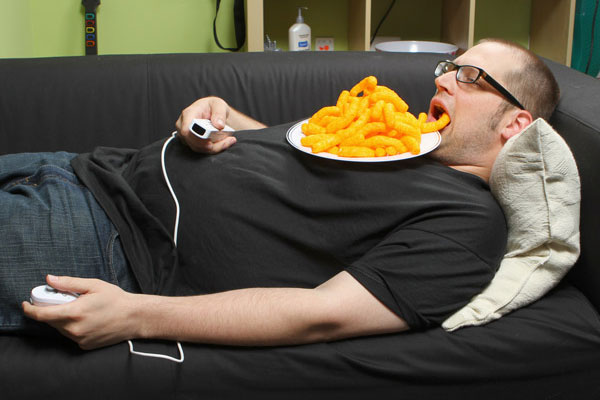 9.
My wife and I are building a house. We are at the stage where we need to paint. So instead of paying painters to do the job, we are doing it ourselves, by that I mean me lol. I have been painting for 15 straight days. Work a full day and then go paint for 3-4 hours and on the weekends it’s 6-8hours.
One day of painting, Instead of getting into my car and driving a few miles to take a sh*t at McDonalds, I decided to take a shit in an empty 5gallon bucket. Sealed it with the lid and threw it into the big ass dumpster.
buno67

10.
I recently had an appendectomy (removed my appendix after it ruptured), and had to stay in the hospital to recover for several days. I was actually recovering quickly, but when the nurses suggested removing my catheter, I acted like the pain was worse that it really was, so they’d leave it in and I wouldn’t have to get up and go to the bathroom. Given my normally hectic workaholic lifestyle, I was actually enjoying laying in bed, on morphine, watching TV and sleeping whenever I wanted… so I rode out the hospital stay for at least 48 hours longer than I really needed to.
Yeah_i_grew_wings

11.
In my late teens, home from college for break. Woke up and thought I smelled bacon cooking. Didn’t want to get up if all the bacon was gone already. Debated what to do, then decided to grab my cell phone and call my house. I asked my mom if there was any bacon left, she said yes, and brought me a plate with pancakes a few minutes later.
WTF_ARE_YOU_ODIN

12.
I hand people oranges and they start peeling them instinctively and then I ask for it back once they’re done.
Works about….. 100% with my mother and 70% with other people.
Cure_my_Addition

13.
My daughter asked for the remote. I hooked it under the dogs collar and then had her call him over for snuggles. I don’t even feel bad because he loved attention.
Mytrixrnot4kids

14.
Downloaded a remote app because I was to lazy to get the actual remote.
DaBrombaer

15.
Bought all the stuff to make delicious homemade pizzas at home. Got home. Laid on the couch, fell asleep, ordered Dominos instead.
Synli