If necessity is the mother of invention, then lies are invention's older sibling.

1.
When she was small, I told my daughter that when she lied a red spot would appear on the middle of her forehead. I knew for sure it worked when she did indeed lie and then her hand went up to cover her forehead.
OwlPoop

2.
They don’t sell replacement batteries for that toy.
CapnNoodle

3.
My flatmate grew up on a farm and was told by her parents that their TV only worked when it rained. She believed this for far, far too long.
Brian_is_a_tit

4.
I was told that every person gets 10,000 words per month. If you reached the limit, you couldn’t physically speak until the new month began. All my dad had to say was. “Careful. You’re already at 9,000 words” and it would shut me right up.
Toastwaver

5.
My father always said the animals on the side of the road were just taking a nap since the road was warm.
ThatLurkerGuy

6.
My dad said Pulp Fiction was a documentary about oranges so that I wouldn’t want to watch it.
monkeybananaraffle

7.
Living on the West Coast, my friend would show the East Coast feed of the NYE count down to her kiddos. They were always in bed by nine. Brilliant.
komakozic

8.
We got our daughter to eat fish by calling it “Argentinian Chicken”. That worked for a long time until grandma came along and fucked it up.
Thanks, Grandma.
effthegreen

10.
If you eat enough vegetables, your body makes them taste like candy.
Mr_Milenko 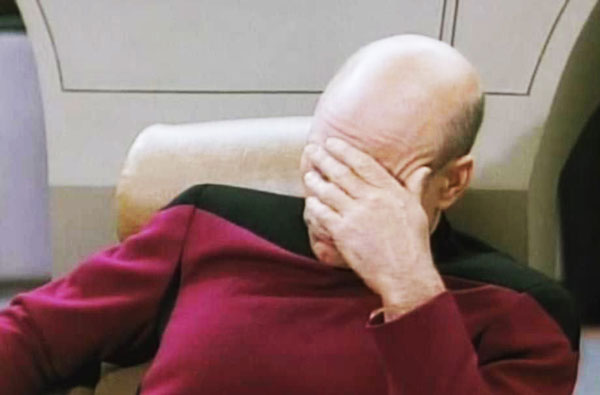 11.
If you don’t learn how to read, your voice disappears. This one worked surprisingly well, because my son came down with strep and it freaked him the hell out.
Mr_Milenko

12.
My dad used to tell me Santa was tired of milk and cookies, I’d get extra toys if I left Doritos and a beer. That went on for years.
Famousenuff

13.
The rumble strips on the highway are for the blind drivers. Took me seven years to realize. Well played, Dad.
Anthem12891

15.
My mom always asked my brother’s kindergarten teacher what he had done during the day. Then, back at home, she would speak with him about these things, telling him that she had s special channel on her TV where she can watch him all day long.
reddit

16.
My parents got me to eat calamari by calling it “Italian Onion Rings.”
RadioGuyRob

17.
Dad told me that if the turn signal on the car stayed on too long the car would flip over. I still get anxious.
Immakai

18.
When my daughters were little I told them if they burped, farted, and sneezed at the same time, they would turn them inside out.
imdickie

19.
When we went to the store my mom used to tell, “Every time I touch something a kitten dies”
Pepf

20.
My dad said if I could look after a special growing rock, and watered it each day until it stopped growing I could get a dog. I’d water it and every week, while I was at school he’d replace it with a slightly bigger rock.
No puppy. Just a boulder the size of a minivan outside of his house that still gets watered daily.
AppleChiaki