Id already told him no in private!

1.
Because it happened a month after we started dating.
KBXZ

2.
I was proposed to first thing in the morning when I saw him on the bus.
I was dressed as an elf and he was 9.
Kapsaaed

3.
Id already told him no in private!
scorpiolafuega

4.
The relationship was over for a long time.. weboth knew it. He thought a marriage proposal would “help”.
Angsty_Potatos

5.
I was on my walk home from work and a homeless guy stopped me. He told me I was really pretty, I told him thank you. He asked me if I would marry him, I told him no. He asked I he could have my water bottle. I told him yes.
ctuchmanandbows

6.
Our relationship was on the rocks and it was clear he thought this would automatically solve the problem.
FunWelcome

7.
It was our ninth date. And I was dressed like a cheerleader because he told me we were going to a costume party.
It was a traditional Hindu celebration.
sayftee

8.
We’d been dating a week.
He went on to sabotage his next girlfriend’s birth control, married her, and then cheated on her with anyone he could.
pwynner 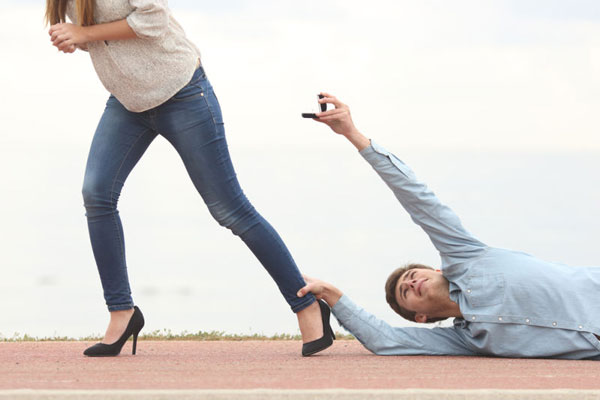 9.
Because I was in an actual relationship with someone else. And I was also 16 years old. And the proposer was my 30 year old coworker. A restraining order was eventually filed.
kevinsorboisagod

10.
I was actually the one who was rejected. Asked my 2nd grade math teacher to marry me. She must’ve thought me out of her league and said no
MW2612

11.
I was 16, at Ozfest with my then boyfriend. Ran into my weird, creepy, full makeup juggalo 17 year old cousin who I hadn’t seen in 5+ years in line to get in. Cousin attempted to propose in line, I gagged and had to hold back angry boyfriend.
He was my only cousin. Now when people ask, I tell them I have 0 cousins.
ihavetogotospacenow

12.
I had left my ex due to the fact that he cheated on me with both men and women. And every time he would get too drunk, he would confess to me that he was gay. He was distraught for weeks and asked me to meet him in person to talk so I agreed. He proposed to me in the McDonald’s parking lot and I said fu*k no.
blairsmash

13.
I went on a first date with a guy. He wanted to go to a baseball game. I don’t really like baseball, but I said ok. Next thing I know, boom!, in the second inning the cameras come down to our seat, he gets on his knees and proposes. I freaked out and basically ran away. Turns out he does this all the time so he can sit there for the rest of the game getting consolation beers from people around him.
trjones1

14.
Because I was relatively sure she was gay and we were 18. A decade later I was positive because I watched her marry a lady.
winthrow

15.
I’m a high school teacher. In my last two weeks at my last school, a pupil half-jokingly asked me if he could stay in touch “maybe through Facebook or something”. I said it would be inappropriate if we were friends on Facebook, “unless we were family”. He then made a ring out of paper and proposed to me in front of the class.
We made a real thing out of me saying no – he said he wanted all his Rugrats DVDs back and wanted visitation to see my pet chinchilla. It was all in jest of course but it’s probably the hardest and longest I have laughed in my 6 years of teaching.
It was a moment that will stay with me forever to remind me why I do what I do. His younger sister, who I also taught, committed suicide two years later. It makes me incredibly sad to think he may never be that carefree, fun-loving and mischievous young man ever again.
walkthetractofstars