Doctors Share Their Best ‘How Are You Even Alive Right Now?!’ Stories

1.
That time I examined a girl’s ocular fundus and found that she had both of her optic nerves grotesquesly swollen. I told her she had a brain tumor. She got a CT scan done, and there it was: a brain tumor the size of a softball. I don’t know how could she still be alive.
dejg82

2.
OBGYN here.
40yo female with hemoglobin of 2.3. Normal hemoglobin is 12-15 for females.
Thought it was lab error – it was 2.1 on repeat.
Chief complaint – shortness of breath.
Bleeding from heavy periods.
Transfused, given medication to stop her bleeding, discharged alive and well.
The human body is fascinating.
Nishkid64

3.
My dad’s a doctor. When he was an intern in the ER, someone walked in the front door with a kitchen knife sticking out between his eyes to the handle. The knife went through his sinus cavity and ended with the tip in his throat, millimeters from his brain stem. He goes into surgery and walks out of the ICU the next day. My dad says he is the luckiest man he ever saw.
Edit: He was stabbed by his mother while she was drunk, and he apparently drove himself to the hospital.
mac785

4.
My dad is a heart surgeon and he told me this story. Guy comes in during his residency with a bullet in his heart. Pretty tricky for a new resident, but he successfully gets the bullet out and saves he guy.
Fast forward ~10-15 years. Same guy comes in again with a bullet in his heart. Dad gets the bullet out and repairs the wound. Guy lives again.
Dad jokingly suggests he try not to get shot again. The patient tells my dad, “tell that to my wife.”
69bit

5.
Not a doctor, but it happened to me. I was at uni years ago when I felt a slight pinch, thought it was a trapped nerve from sitting too long so I got up and had a walk around. Fast forward 2 weeks and I’ve been getting short of breath at uni since then, a fellow student tells me I should really go to the hospital. And that’s when I found out I’d been going to university for 2 weeks with a collapsed lung.
Ruxsty

6.
I drank a liter of vodka in about 2 hours. I weighed ~140lbs at the time. I woke up in the hospital on an IV bag with no memory of the events of the previous day (other than my first several shots).
They told me I should be dead and were astounded that I even woke up
Edit: Sorry. Not a doctor
svetambara 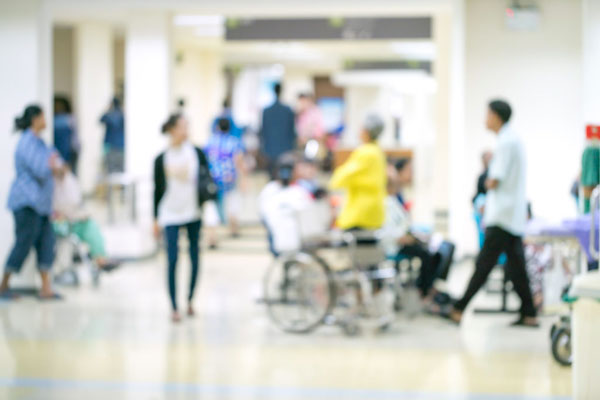 7.
I’m a CNA and a medtech, and the story is my father:
when diagnosed with T1 diabetes, Dad’s blood sugar was over 900. He drove himself into the hospital, more or less fine with his sugar taken into consideration, just complaining of “not feeling well.” Doctor came in, explained as he shot dad up with insulin and scheduled bloodwork and stuff for his kidneys, and said, “Mr. Kat’s Dad, you’re the best looking man dead man I’ve ever seen!”
Similarly, when Daddy tanked a few years ago, sugar at 9, (yes… NINE) pulse ox in the low 70s. He lived. On O2 now, recently diagnosed with stage 1 lung cancer, gave it the finger, and it’s shrunk.
He rolled a Nat 20 to intimidation, I figure.
TrailMomKat

8.
The average human has around 8 pints of blood in their system.
My uncle is not an average human, he was 6 ft 5, built like a brick wall.
He passed out, ambulance took him to the hospital. Turns out he had a nasty ulcer that had been bleeding into his stomach for who knows how long. It took them 4 hours to get a blood transfusion going. Not because he had a rare blood type or anything like that, but because they estimate he had less than 2 pints of blood left in his veins and they had to keep pumping him full of saline to keep his blood vessels open long enough to get some blood, any blood into him.
Astramancer_

9.
Not me, but my aunt have a detached placenta during her pregnancy, and started bleeding so much that you could hear the blood splashing on the ground.
She wanted to take a shower before going to the hospital, but my uncle dragged her straight to the ER, and she delivered. Doctors told them that in that kind of cases, the usual is that either the mom, the child or both will die, and here both survived.
MarsNirgal

10.
We hada 7 Year old boy came in with acute painless loss of vision in his right eye. An MRI of his head and neck were preformed which showed a complete occlusion of his right internal carotid artery. This artery is EXTREMELY important and provides up to 30% of blood to the brain overall and usually up to 80% for right hemisphere.
We are all freaking out looking at this image mean while the kid is playing operation and saying his blurriness is getting better.
Turns out the kid just had amazing collateral circulation and was able to compensate one of the brains MAJOR arteries completely shutting down without any deficits/stroke or impairments besides what is (hopefully) a temporary insult to his retina.
Our theory is he got an artery dissection while riding a roller coster on six flags which eventually just collapsed leading to a small hemorrhage making its way up to the ophthalmic artery.
Absolutely amazing from a neuro nerd perspective.
stayingon

When Was Anne Frank Born?
20+ Baby Animals That Can Fill Your Heart With Joy
What Events Happened on February 20 in History?
18 Tweets That Will Make Scientists Laugh Then Cry