10 People Reveal The Worst Day Of Their Life

I was begging for a quick death.

1.
I found out a family member was murdered, my gran had passed away, pipe had burst in my apartment and I had lost my job… all in one day
Unknown_Livestock

2.
The day a judge ruled that my ex-wife could move from WI to NJ with our 3 and 6-year-old sons. It has been 5 years and I still tear up when I hear songs that remind me how much I miss them.
Paardy0609

3.
Finding my father face down on the kitchen floor dead. As best we can tell he’d been in the middle of a very serious heart attack and was trying to get to the phone but was a few feet short of making it.
Draaaaaaven

4.
The day my mom died. I was alone with her when she took her last breath. I really miss her.
Pyr0technikz

5.
When a relative (who worked in a morgue) suddenly showed up at my place and said she thinks my father is in the morgue. Went with my mom with my relative and saw my father’s body after a car accident.
wongravenn

6.
Was a senior in high school and I was playing Vault of Glass on Destiny.
Mom walked in with the phone and my brother was on the line. He let me know that my girlfriend had been in a terrible car accident. She was pulled off of life support about 4 hours later.
You never quite realize how hard life can hit you in the face until it fu*king clobbers you with a cheap shot
ThatGamingMoment 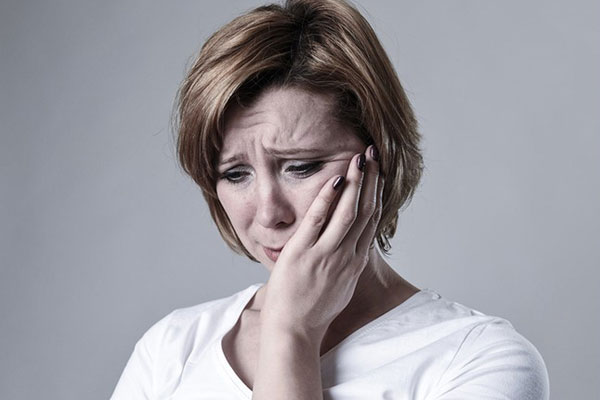 7.
I just had my appendix removed about 4 days prior. My guts were all messed up and hurt like hell. I contracted spinal meningitis for some fucking strange reason. I had the worst headache and was puking my guts up.. that lasted for about 6 days.. but the first day? I was begging for a quick death. Worst day of my life.
chewsausername

8.
The worst day in my life was the day I lit a match in a gas filled cabin (long story). This lives with me everyday, and at night. I medicate to suppress my dreams as they almost always end up as nightmares. I will never forget seeing the fireball come at me, or the pain when it engulfed me, frying my hands, face, and any exposed skin, setting me aflame, blind, breathless, slamming against a wall, to fall and roll and put my self out. I can hear the whooshing sounds in my dreams as I rolled back and forth trying to extinguish the flames. Stumbling out of the remains of the cabin, seeing my hands white with blisters, starting to split and expose the cooked flesh beneath. That was the worst day.
InAblink

9.
My worst day was part of the worst week. On a Friday I found out that my contract’s budget was likely being slashed by two-thirds, meaning I’d either be laid off or I’d get to stay and do the work of three people including things I had no skill set for. That was a little stressful. That Monday, my husband and I found out that he had a rare form of cancer and I got a positive pregnancy test. We’d just started trying and I was trying to be excited, but I honestly just knew it wasn’t going to work out. So the worst day of my life was that Thursday when I miscarried. A doctor I never met before hugged me while I sobbed in her office. All of it together just became too much to bear. I was mostly worried about my husband, of course, but the pregnancy was a glimmer of hope to cling to until it wasn’t there anymore.
The next day I found out that our contract would be fully funded so I didn’t have to worry about my job. A month later I got pregnant again and my husband underwent (ultimately successful) treatment. It’s been 3 1/2 years and we have two beautiful kids and he currently has no signs of cancer. But I still think about that day and the few months after it where I couldn’t even enjoy the second pregnancy because I was so worried that I might lose my husband.
tenpercentofnothing

10.
I was in the National Guard and doing a convoy for Annual Training. As such, I was a couple of hours away from the Armory which was three hours away from where I lived.
My fiancee had fallen in with a bad crowd and got drunk. In her drunk state she decided to take a cab to the casino and gamble. At one point she left again but apparently somebody from there followed her. I got a call from her completely incoherent saying she had gotten a ride form him but got out at a lake and he was following her. Then the phone died and neither me nor her parents could get a hold of her.
I had her parents reach out to the Red Cross who reached out to my chain of command. The convoy of course could not be stopped. I went for a few hours just KNOWING that she had been killed.
As it turned out, they guy had actually just been concerned for this visibly drunk woman. She then visited her old apartment building where she fell down stairs and injured herself. By the time i arrived at the Annual Training site and the Commander could come up with a plan, she had been found and taken to ER. The next morning the ARNG detailed a vehicle and NCO to drive me back.
She is now sober, we are married and are expecting our 4th child, but yes, the worst day of my life was when I knew she had died. I’m just glad I was wrong.
paxgarmana