1.
If you want to get rid of your period pains, you should get pregnant!
pumpkinrum

2.
If you sleep with more men, you won’t be a lesbian
shinyhappycat

3.
“Why are you bothering to discipline him? Kids don’t learn anything until they are about 6 or 7, so don’t waste your time!”
Actually something my aunt told me when my first child was 2.
Rahallahan

4.
That bear is dead. It’s not sleeping, look.
CanadianStatement

5.
A waiter saw my friend picking his teeth with a toothpick and told him that toothpicks are also handy for cleaning your ears. He was definitely serious.
Beefin_efin

6.
Happy wife, happy life.
That was the biggest enabler for a codependent married to a narcissist. It was my mantra.
trex005 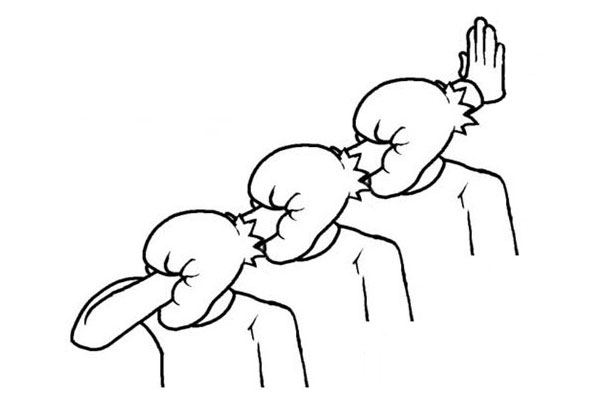 7.
“If you fight the biggest one, it doesnt matter if you win or lose, they will respect you and stop messing with you.” This got my ass beat so bad I ended up with a dislocated shoulder. That, by the way, was given to me by the assistant principal who was also the guy that then tried to suspend me for fighting.
Mkingupstuff2looktuf

8.
You should write her a song and record it in your bedroom on your goPro and then post it to her Facebook wall
daaaangdood

9.
I had just gotten out of a long relationship and was getting back in the “game” and my friend had been single forever and considered himself a master and so he offered his opinion on how to hook up with girls. His advice was to message every girl in my contacts to have sex. He said that girls love it when you’re straight to the point. And I was like no way. It won’t work. And he said what do you have to lose? And so I did it. And it still makes me cringe. So many burned bridges. I highly recommend not doing this. I don’t take advice from him anymore. I STILL see some of these girls in public and it’s awful.
hellraiser13196

10.
I stayed at a friend’s house a few years ago. He wasn’t generally a messy/disgusting person but had just gone through a pretty bad breakup and his girlfriend had just moved out. So, understandably the place wasn’t pristine…
In the morning I asked for a towel so I could have a shower, and he handed me something which looked like it used to be a towel many years ago but was now a mouldy rag which somehow managed to be vaguely damp but also entirely solid at the same time. The smell coming off this thing was something to behold. Like a powerful blue cheese.
I looked at him like “am I being Punked or something? I asked for a towel, not a bacterial infection. Don’t you have a clean one?”
His response is still the very worst advice I have ever received: “You don’t need to wash towels; they clean themselves.”
He honestly thought that just because the towel got wet everyday and then dried again, that it was self-cleaning. Which is demonstrably NOT the case.
massivebumwizard

What Animals Freeze in Winter and Thaw in Spring?
Lost Any Respect For Someone Instantly
The Most Important Lesson Learned From Father
LeBron Tackles Heat Fan Who Hits $75,000 Shot