What Are You Oddly Fascinated With?

1.
Maps. I can randomly zoom in and out of Google maps much of the day if I’m bored. I just enjoy seeing the layout of other states/countries. Used to do the same with a physical Rand McNally map when I was a kid. Should have been a cartographer I suppose.
millionbillionone

2.
How people think. I’ve sat talking to friends for hours about anything and everything just to try to understand how they think and the way they view the world.
RiotDesign

3.
Recently, CPUs. Like, how the fuck do these things even exist!? I’ve been obsessed with reading and watching documentaries about the history and production of microchips. It’s fascinating.
sandscript

4.
I love reading about World of Warcraft addiction stories even though I’ve never played the game.
GordFreemanSemenDemo

5.
SEX! For real, I have little to no actual sex drive, but academically sex is so interesting that I even became a student for sexual psychiatry!
IgnoreTheSanity

6.
My parents are divorced and I have no brothers. As a result I am weirdly fascinated by the everyday life of men and boys. Just the idea of someone not having breasts or a trashcan in their bathroom is mind blowing to me. The difference between boys and girls or men and women is one of my favorite things to talk about. I also sometimes still see men as if they’re mythical creatures in a way. Idk I’m just fascinated by men.
HeyImTrashh

7.
Other people.
Just imagine, everybody you have ever seen has a life just as difficult and complex as you.
zsycosu

8.
Christianity. I am no longer a believer, but I still research the history and evolution of the religion. I like talking to people about it, both believers and atheists. I think what drives me honestly is getting my parents to understand why I left Christianity. They still think it’s because I didn’t want to get up early on Sundays (that’s more of a side benefit, but not a reason).
ceedubs2

9.
Reading about disasters on Wikipedia. Plane crashes, shipwrecks, industrial accidents, etc. I sort them descending by total deaths and read through for an afternoon.
Some of the ones I find most interesting are:
• Bhopal disaster
• Halifax explosion
• Tenerife Airport
• Kaprun disaster 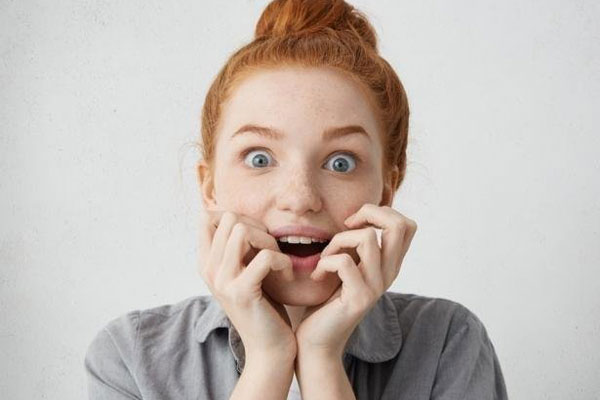 13.
Reading the entire Wikipedia page of some random nation I wouldn’t think about twice in a four month period.
Currently on Albania. Just did Ecuador.
CeboMcDebo

14.
Pomeranians. It’s gotten to the point where I burst into uncontrollable laughter when looking at one.
NikothePom

15.
Accents. What part of the world did you come from? What aspects of your region or birth language makes you talk like that?
Jimlad116

The Big Bang Theory: How can Penny, who works as a waitress, afford to drink wine every day?
What Does Armadillo Mean?
Where is Killing a Panda Punishable by Death?
What are the disadvantages of being too nice to people?