10 People Who Came Close To Death Tell Their Terrifying Story

1.
As a kid , drinking a whole bottle of delicious medicine. If i didn’t vomit..oh boy.
wabbiteffect

2.
Nearly getting pulled out to sea while on a beach when I was little. I’m a fairly quiet guy so I’m happy I asked a nearby swimmer if he could bring me back to shore. Shoutout to that guy.
TastelessCookie

3.
When my appendix ruptured.
Another time I was choking on a piece of food really bad. My boyfriend at the time helped me finally get it dislodged.
Spicey-Kisses

4.
Some guys broke into my place and almost blew my head off with a 44 magnum from 3 feet away. The bullet scratched my cheek and went through the top of my ear. Craziest night of my life. Sometimes I feel like I did die and just went to a different reality. So hard to explain. :/
Brandonfries28

5.
A gas explosion (gas leak trapped by frozen ground around our foundation, triggered by pilot light) and fire blocked the only exit from the basement where me and my two brothers (14, 7 with Downs Syndrome, & 5) slept. Had to escape through a 12” x 18” window high on the wall, under broken and leaking radiator pipes. In the dark, late winter, in our underwear. April 3, 1959.
zenbaptist

6.
I tried to swim a river mouth one afternoon. Turns out the tide was going out to sea and the distance was far greater than I anticipated. I won’t bore you with details but about half way across, cramping up and exhausted, I decide that’s it, I’m dead, and I guess I made my peace. I stopped swimming and let my legs sink.
About a meter under me was a sandbar. I stood up, caught my breath, had a 10 minute rest, then swam the rest of the way.
Dumbest thing I ever did.
Art3sian 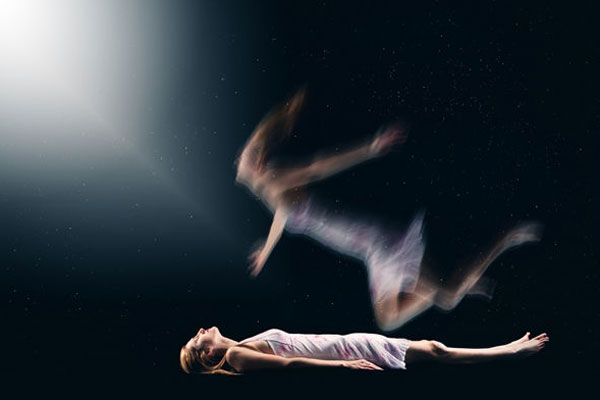 7.
Stage 3 testicular cancer spread into my lungs and lymphnodes(sp).
A very swollen testicle, easily 2-3 times larger then normal. Painful to touch but everything worked fine, after a few months I swallowed my pride and went for a checkup. They misdiagnosed it as epiditimus(sp) and gave me antibiotics which satisfied my worries until nothing changed. Another few months I get checked again, got an ultrasound and was diagnosed and in surgery by the end of the week.
Thank goodness for science. All better.
Tudar87

8.
When I was younger, my dad and I were waiting to pick up my cousin from school. I was in the back seat and had my head out of the window because it was a hot day. Suddenly my dad decided to remotely close the backseat window without looking back and my neck was basically jammed by the glass panel trying to shut again and again. I couldn’t make a sound and retched and struggled because my pipes were being cut off so my dad didn’t notice, untill a police officer noticed my struggling and alerted my dad that I was about to be strangled to death and he immediately pulled down the window. I then got out of the car and threw up a mixture of blood and vomit.
Invictus_Cactus

9.
When I was 13 years old, me and my dad were attacked. The attacker pulled the trigger of a revolver that was aimed at my head and nothing happened. He later shot my dad in the leg with the same revolver.
Later that night, the guy was caught and the police found the bullet in the gun. It had a dud primer, so it failed to fire.
varkies

10.
I was 6 years old at a water park with my dad. They had these big slides, that you reach by climbing up several ladders in a pretend rock cave. My dad said he’d catch me at the bottom. There were 3 different slides coming off of this thing, and I assumed he meant the biggest one. Nope, I pop out, into deep water (oh yeah, I couldn’t swim), and end up under some of those swimming lane dividers. Lucky this woman happened to be there and helped me to solid ground.
I walk back to the slides and find my dad there. He didn’t know where I went
zomangel