Would You Dump Your Girlfriend/Boyfriend Permanently For $50 Million?

I can only think of one way to make this moral. I wouldn’t unilaterally dump someone for $50 million, possibly causing misery, depression, or worse. But I would offer her this choice: would you dump me permanently for $25 million, or stay with me for nothing? If she would, then losing the relationship obviously isn’t going to hurt her that much. We split up and I give her half of the $50 million. If she wouldn’t, then I wouldn’t. That way nobody gets betrayed and she gets just as much out of it. The difference between $25 and $50 million is essentially irrelevant to me; either one generates more income than I can spend.

Why? Because my girlfriend is the most annoying person you could ever meet. Obnoxious, stupid, mean, self-centered. Also, you know what I could buy for $50 million?

50 helicopters
THIS MEANS WAR!!! I need something to protect my money!

Give it to my family
Don’t you love them? They deserve something for putting up with her. *shivers*

Also, it probably helps that my girlfriend is non-existent.

Stay Frosty, Give it to my family

I never answer these questions on Quora because my answer is always fuck yeah. But for once, I don’t think this is the case.

Quora doesn’t know the story I’m going to share below but I think it will shed light on my thinking.

Last November, I broke up with a woman that I had dated for 6 years—she was my high school sweetheart. We lived together and we were going to get married (I would have actually already been married). But, it wasn’t right. I ended it and it was one of the hardest things I’ve ever done.

I really struggled for a few months; my normal self-esteem was wrecked, I started drinking like I hadn’t before, and it was just bad.

It was also around Christmas time, which is my favorite time of the year. I didn’t have much family around so I spent my Christmas drunk in an empty apartment, lit by the soft lights of my Christmas tree. Even now it’s difficult for me to be alone in my apartment with my tree.

Then I met Julianna Tetreault and she lit up my life. She flooded me with the energy I used to have, helped me clear my mind, and taught me how good a relationship can be. She saved me. 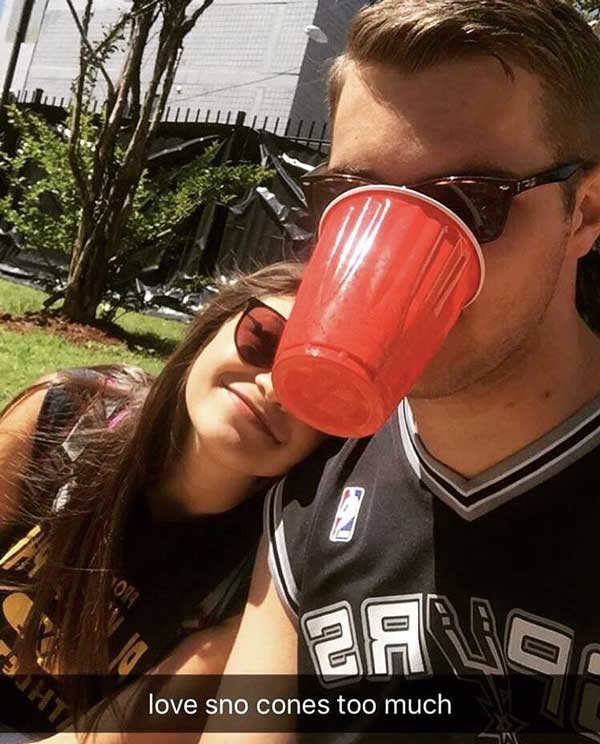 I had money during Christmas; a lot of it. I would get drunk every night, running up $300-$500 tabs drinking with my boys in various bars. Then, every night I’d pass out on my couch because I couldn’t bear to sleep in my old bed.

I refuse to do that again. $50 million is a lot of money but it doesn’t make you feel valued. You can’t talk to it or make memories with it. You can’t kiss its head while it sleeps next to you.

For once, I wouldn’t take the money.