1. A couple of months ago, an elderly lady asked me to walk her home because she was scared she was going to slip on the ice. We’ve become friends and now I walk her home almost everyday 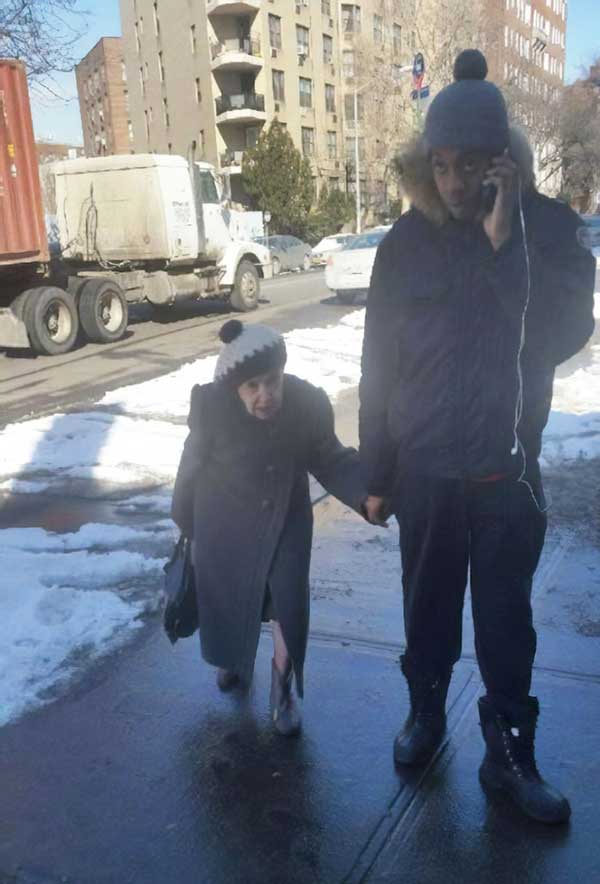 2. This is Anthony Borges, 15. He used his body to hold a classroom door shut, protecting 20 other students inside as the gunman fired through the door, hitting him five times. May he have a speedy recovery. 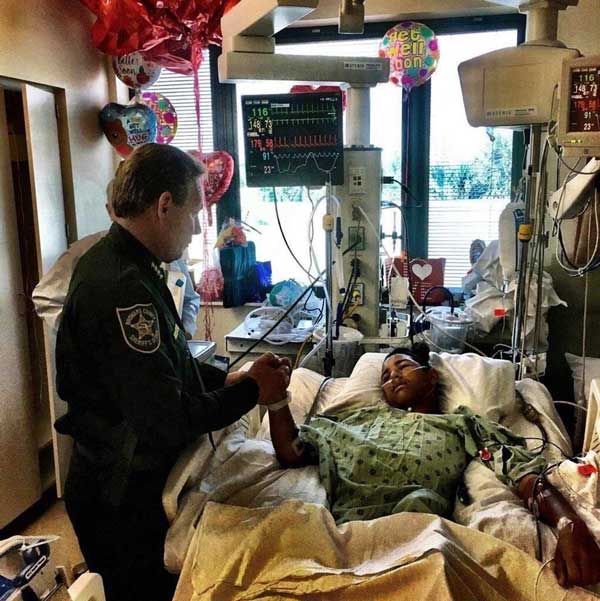 3. Officer talks man out of committing suicide. Eight years later, the now-father-of-two gives the officer an award at the american foundation of suicide. 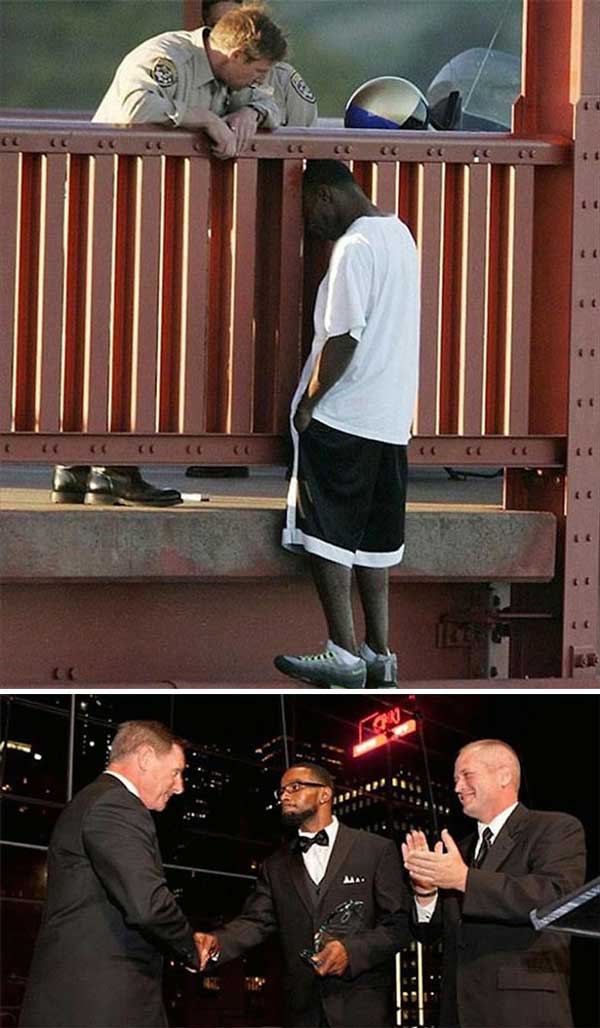 4. There is a local group that cuts lawns for the elderly, disabled, and single parent mothers for free. Here they are with my grandma. 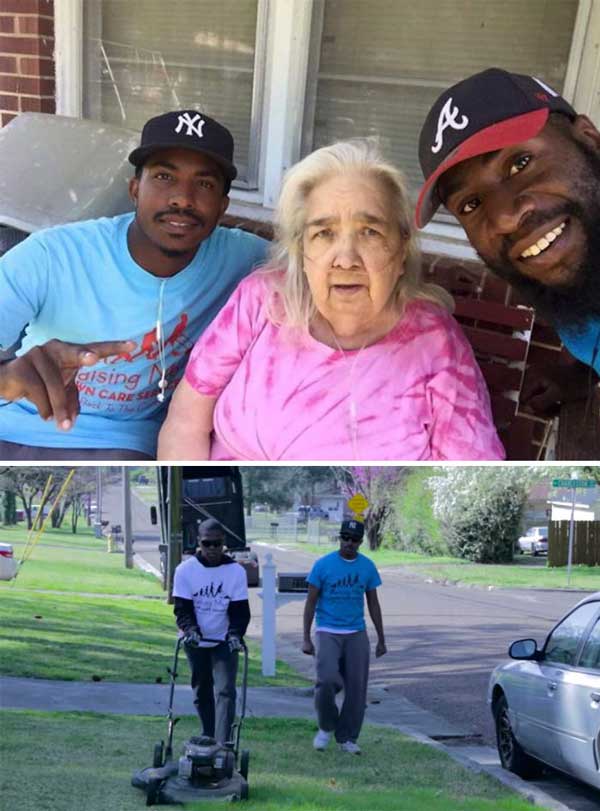 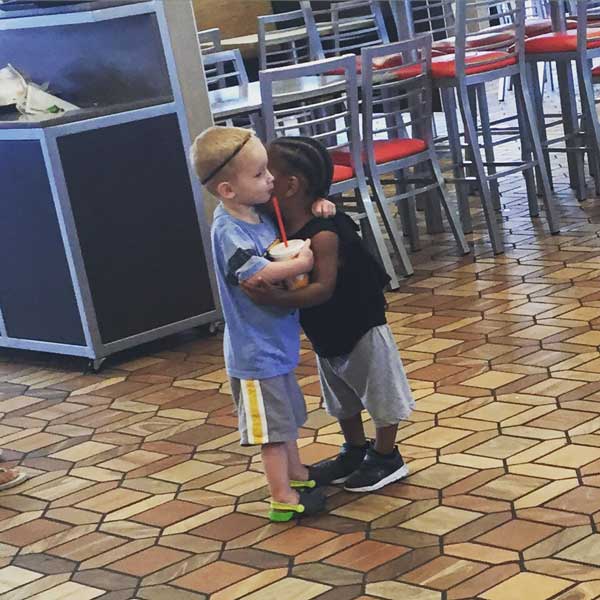 6. (: A stranger helping out another stranger struggling with his tie 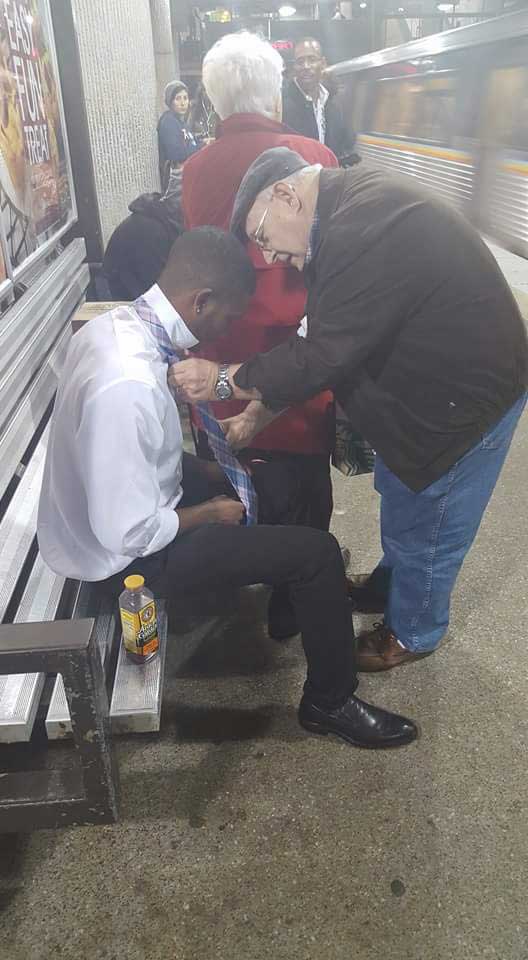 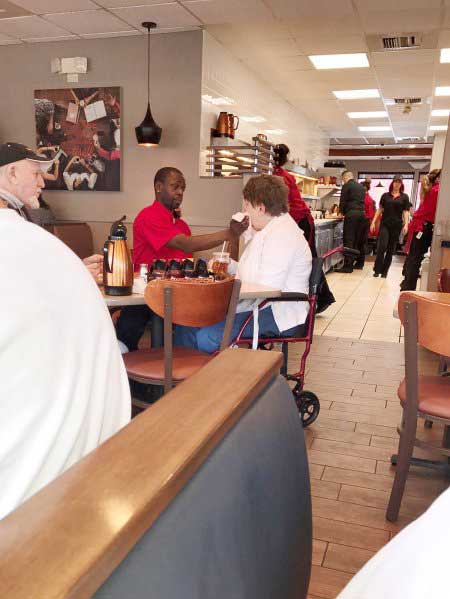 8. A Nurse Bends down and gets ready to Hug her former Patient, who was Paralyzed from the Waist Down.

9. This is my uber driver Beni, he took me to the hospital and keeping me company since most of my family lives out of the state. 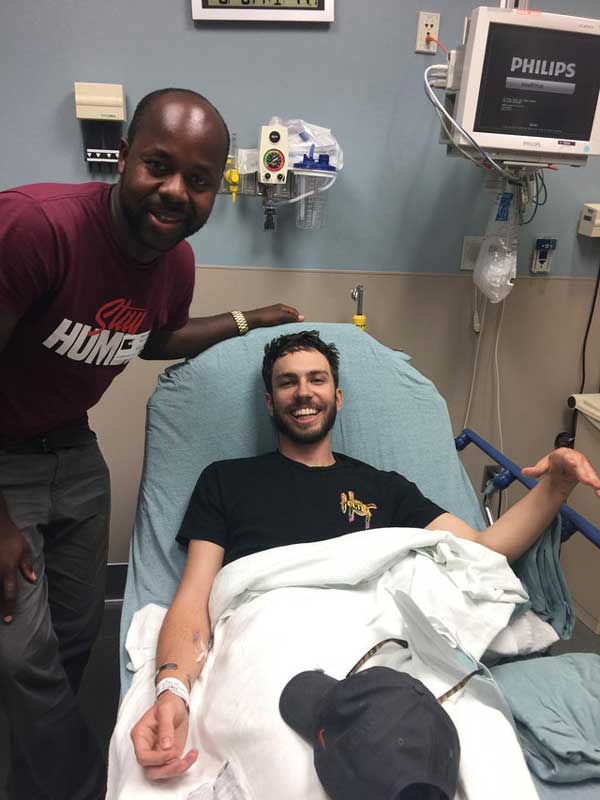 I grew up in a kids home (orphanage) after losing my parents. She was my key worker there as well as my carer. When I was too old to live there and had to move out. She was retiring at the time after 40 years as a carer and said that she couldn’t stand to lose me, which kinda works out great because I love her and I couldn’t stand to lose her either.
Faris-Hilton

11. Man in red needed help with son’s math homework and got it from a stranger on the subway 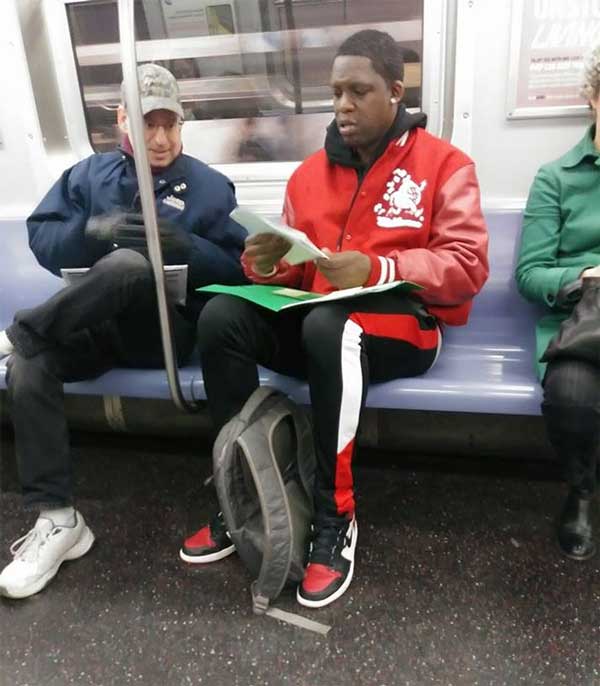 So today on my way from work the guy in the red sat down opened up his folder and started reading. A few stops later the guy next to him sat down and asked him what he’s studying: “You look a little confused maybe I can help?”. He says his son failed a math test: “They’re learning fractions so I’m just teaching myself this over again so I can help him I’m 42 & don’t know any of this so I’m re teaching myself.” The guy in the black informed him he use to be a math teacher so he asked the guy to quiz him and everything he got wrong or was confused about he broke it down and corrected him. By the end of my train ride the guy in the red had a better understanding. He can bring home a new method and teach his child. I really love seeing things like this especially in New York.
Denise Wilson

12. Pararescueman Sgt. Mike Maroney reunited with a girl he saved 10 years ago during Hurricane Katrina. 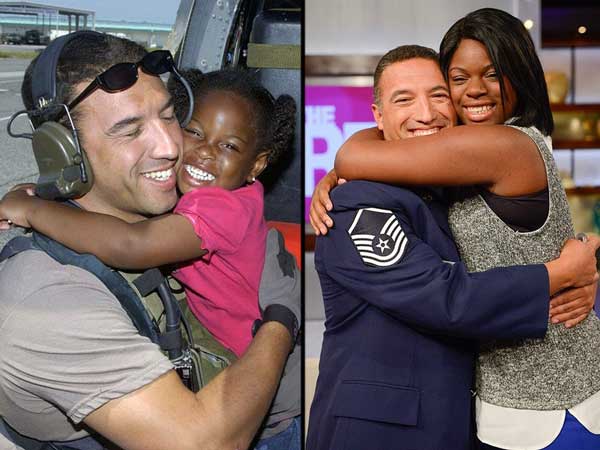 13. This is what makes America great. Happy 4th of July. 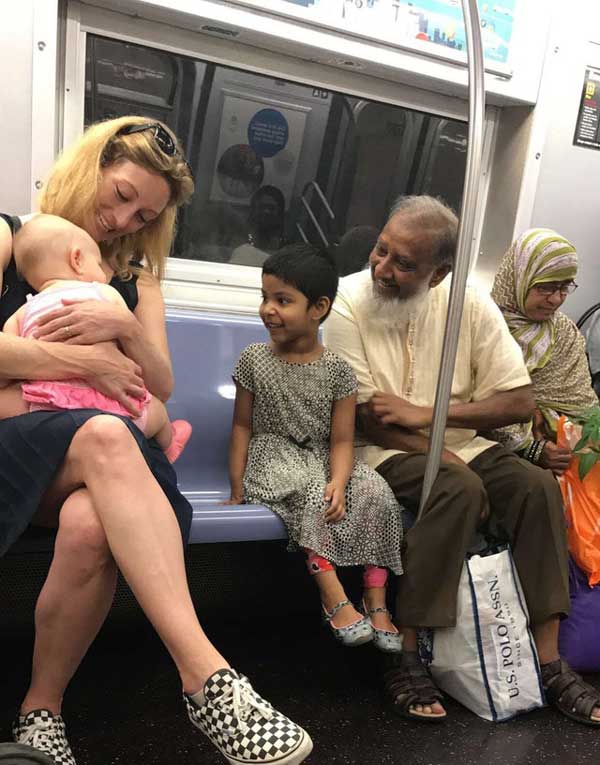 14. These boys see this homeless man everyday on their way to school so they decided to help him out

15. 12-year old boy, hugging a police officer at a ferguson protest in Portland 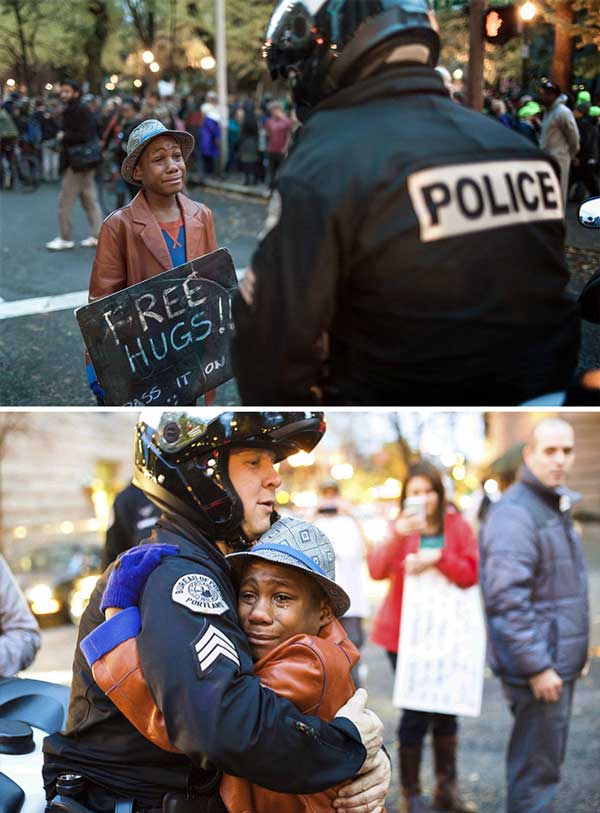 16. Christmas elves surprise the homeless with food and gifts 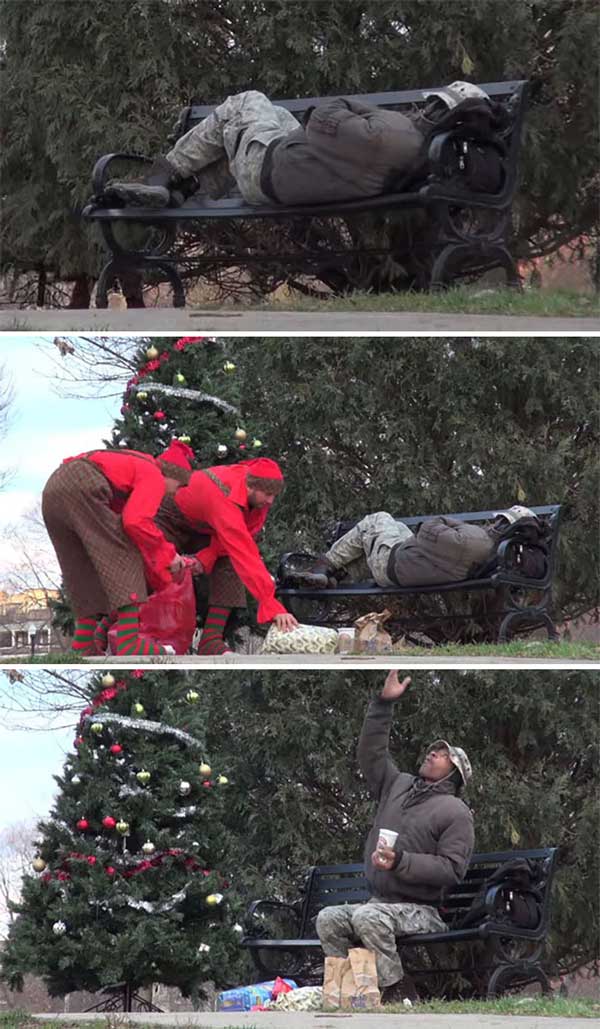 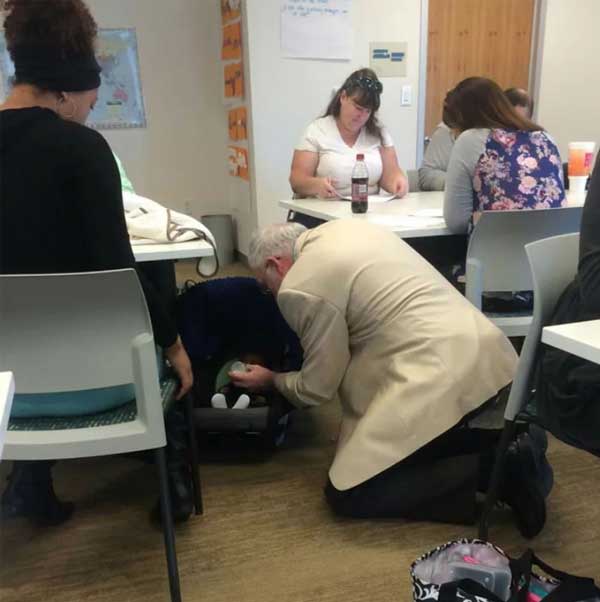 A girl in my geography class had to bring her newborn to class today. The baby started crying in the middle of our quiz. When she took him out to hold him, my professor insisted that he wouldn’t mind feeding the baby and rocking his car seat until she was done. This is my so so awesome, sweet professor, on his knees.
boredpanda 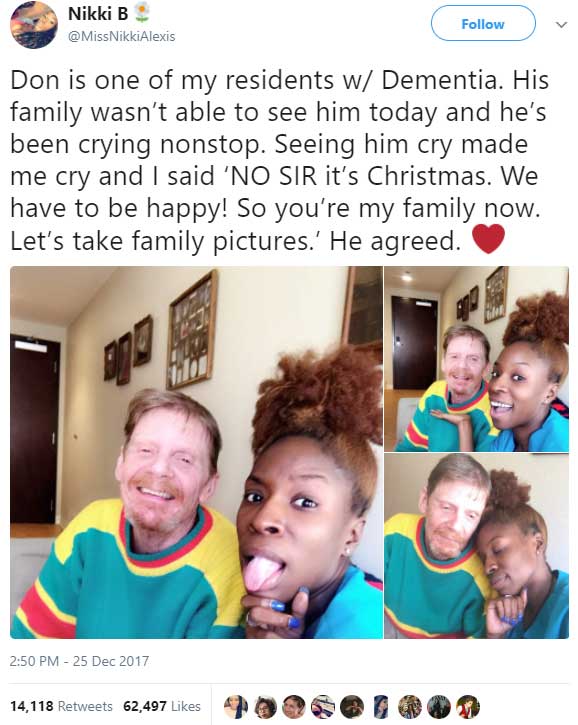 19. Louisville Police Officer helps encourage lady who has lost 200 pounds and did her first 10K today. 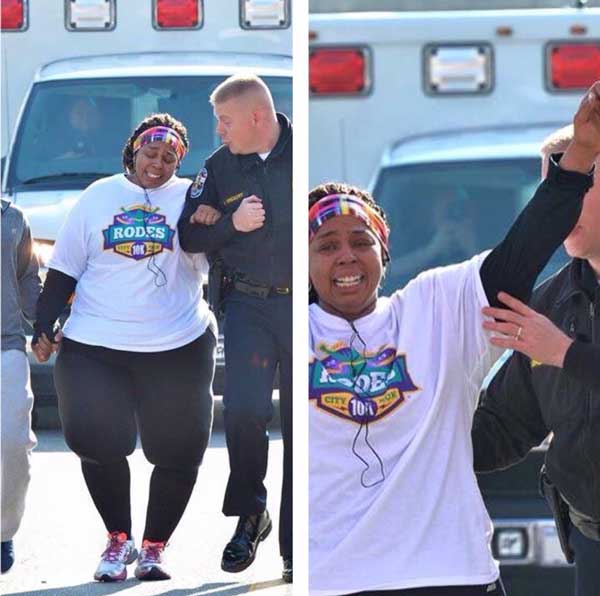 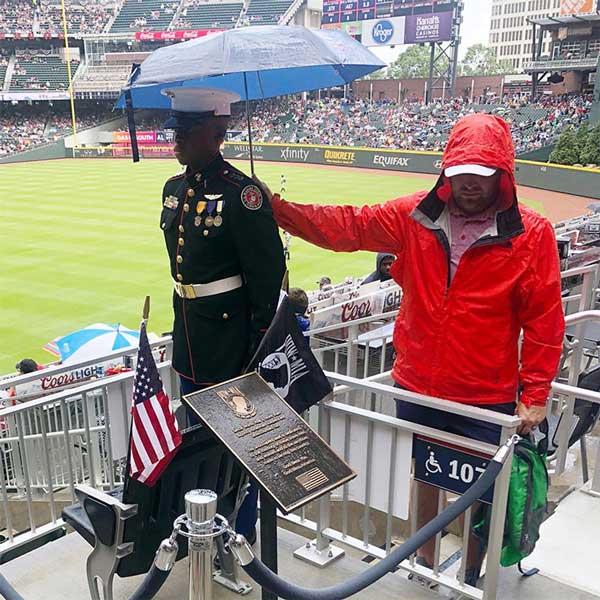 Atomic Bomb Test
How Many Languages is the Bible In?
Largest Gatherings in Human History
Trolley On Road In Russia