16 Texts From Boyfriends And Husbands That Are Just Really Funny

Did you notice how much natural light there is? The beer?

1. This boyfriend with his priorities sorted
Most guys: send noodes
My boyfriend:

2. This boyfriend who completely misunderstood things
me: interested in how the sun shines in our new apartment
boyfriend: 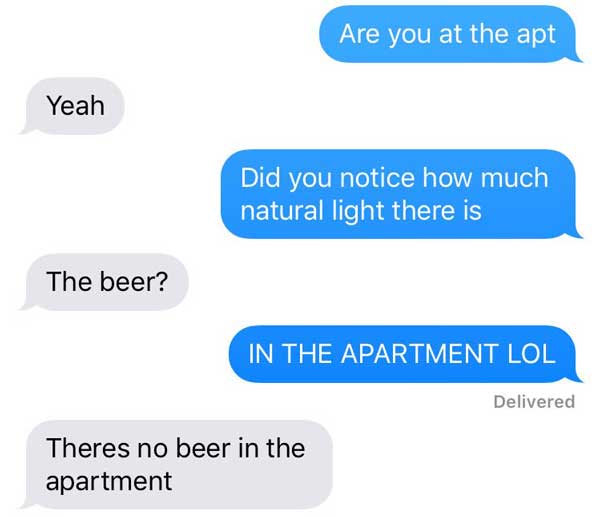 3. And this boyfriend who was fed up of not being able use to his coupon
omg 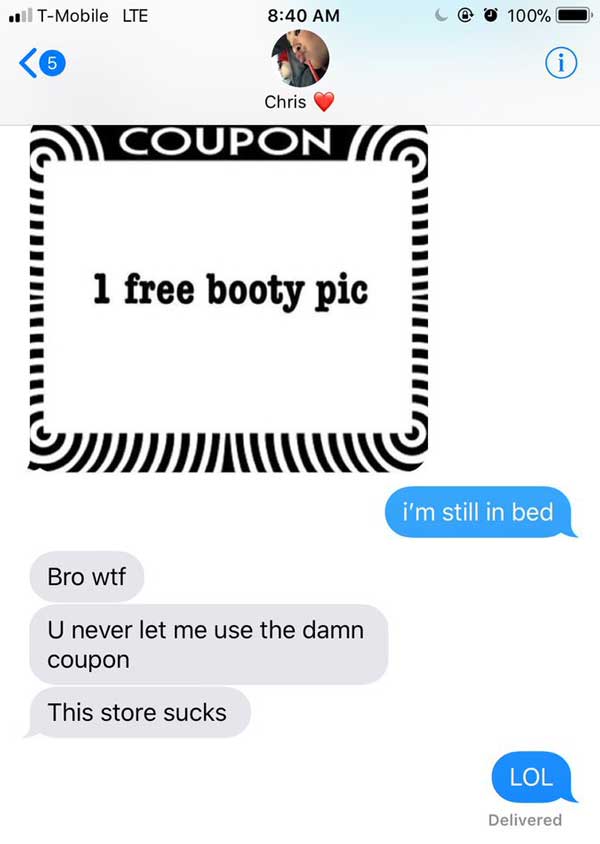 4. his one who was so close.
This shit took me out but A+ for effort 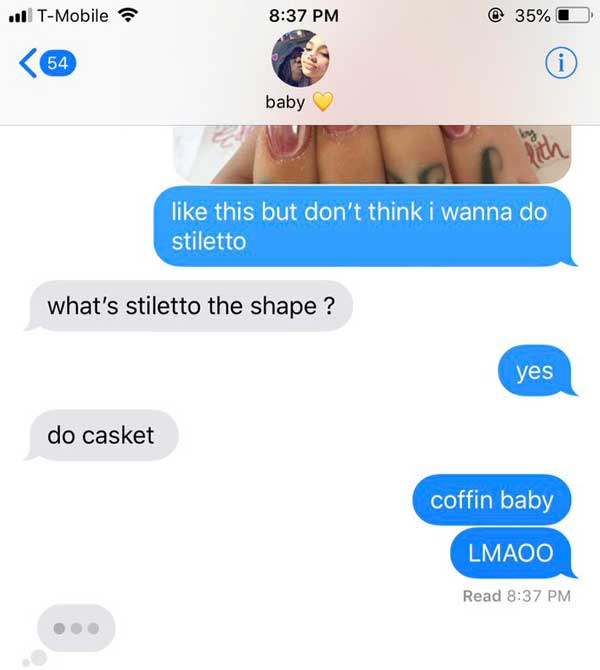 5. And this guy who got landed into trouble by autocorrect.
When auto correct hates you and your relationship 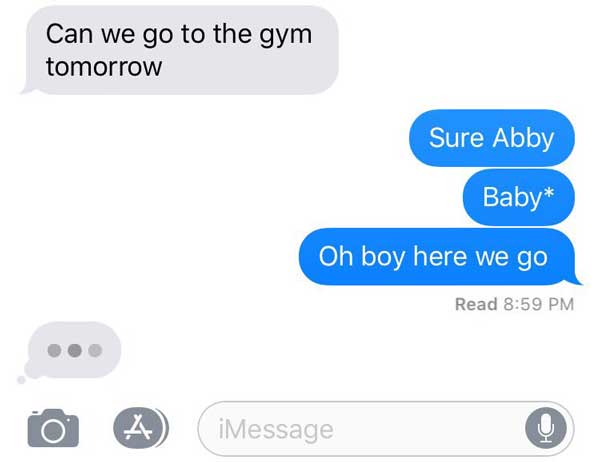 6. This guy who was very, very drunk.
If anyone wants to know how drunk my boyfriend was last night 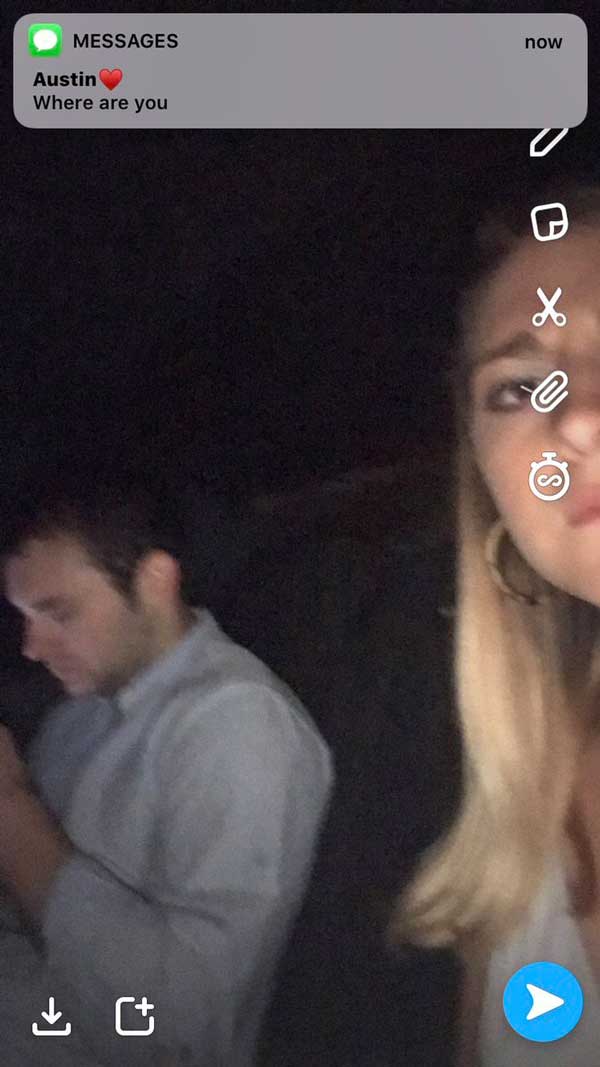 7. And this guy who had a clear, concise message
i’m never again sending garrett live videos of our kid moving 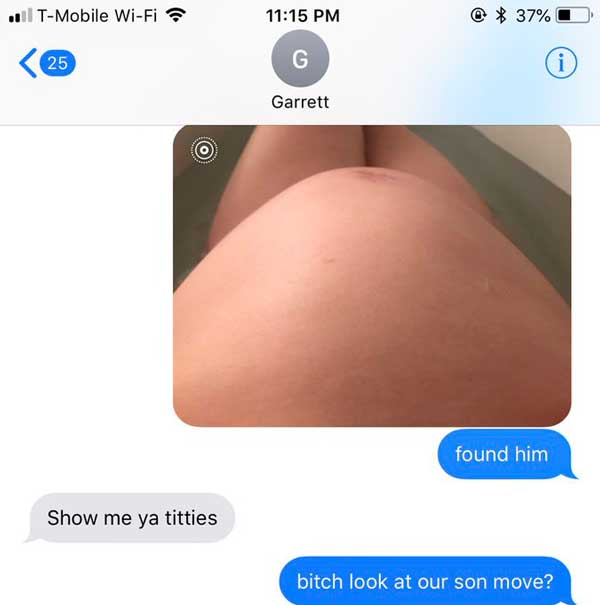 8. This guy who was the definition of “messy yet organised.”
Men honestly are something else

9. This boyfriend who was being kind of thoughtful
Romance isn’t dead

10. This guy who got the day off to a good start 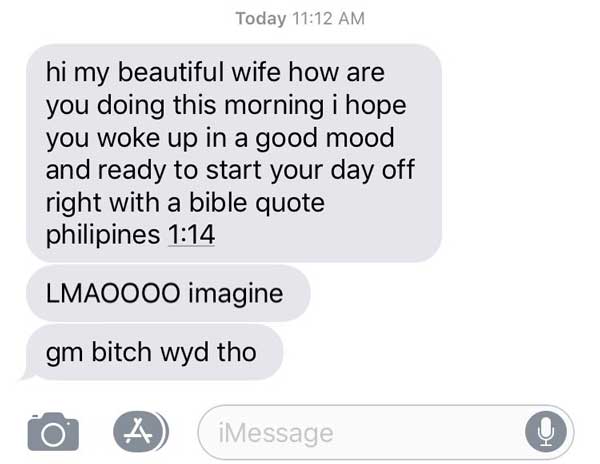 11. And this boyfriend who had a bold question to ask
This man on my last nerve 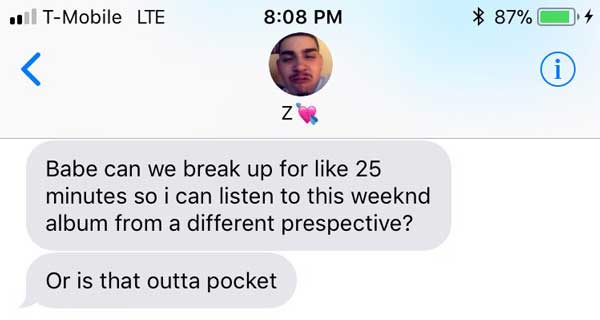 12. This husband who understood the meaning of urgent
My husband y’all

13. This boyfriend who attempted to diffuse a situation
I send this 3 page essay to my bf in a argument this is what he texts back 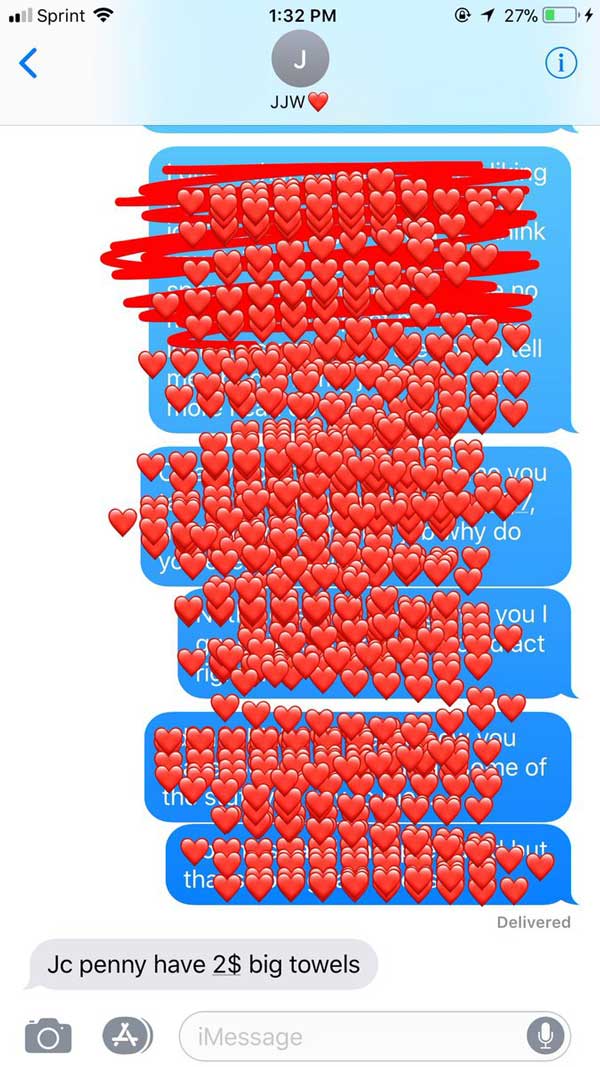 14. And this one who had lost all hope while shopping for leggings
When you ask your boyf to pick you up a pair of leggings whilst he’s in town

15. This husband who had this joke ready to go
I’m married to a 10 year old 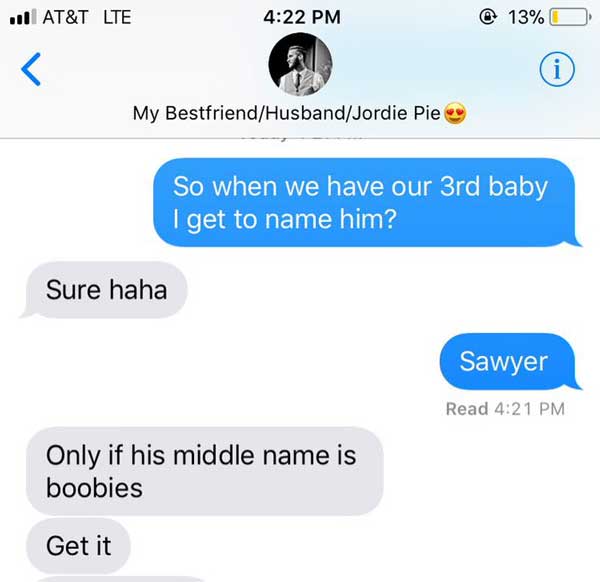 16. This husband in utter disbelief at a grocery list
I sent my husband grocery shopping earlier (with a list) and it stressed him out so bad 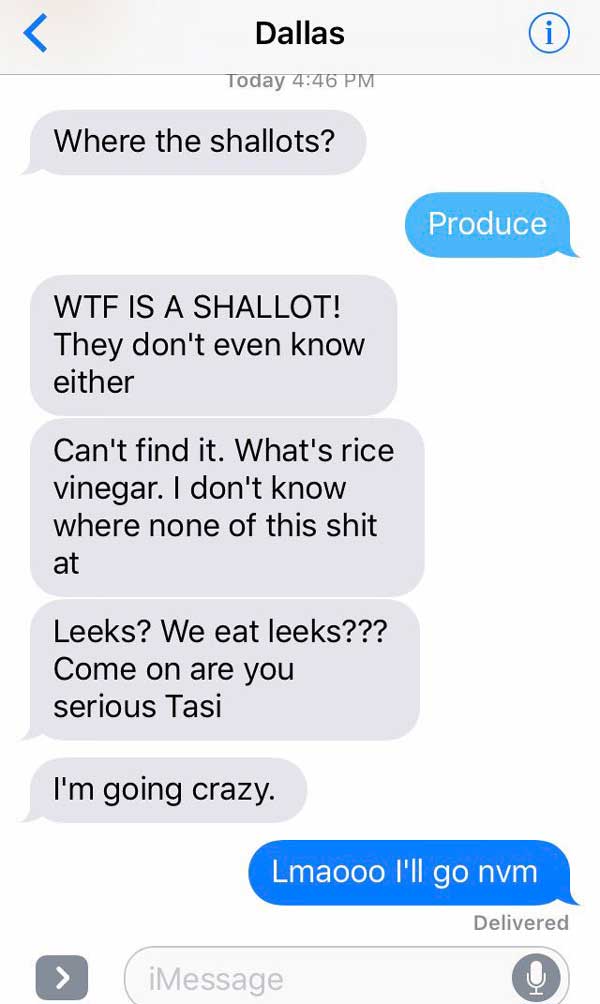 17. And this guy who lied about his poetry skills
I told my girlfriend I wrote her a poem but it was just the theme song to King of Queens. 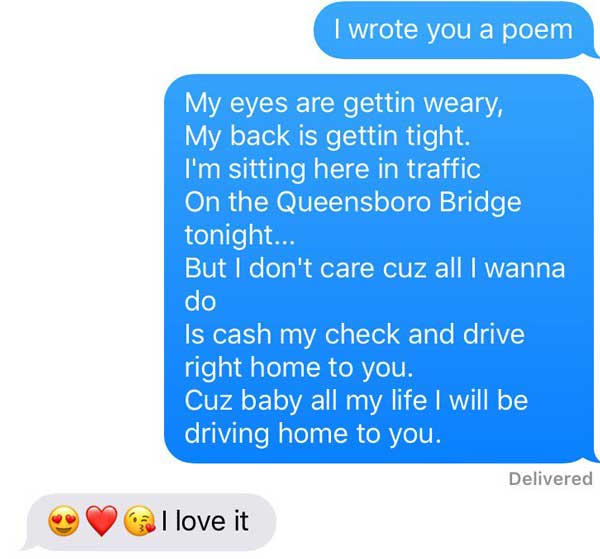