Here are some hilarious photos of people who are winning at life despite being stuck at the airport.

1. Flying home for the holidays dressed to surprise the family. Before the flight, I met this stranger at the airport. Instant best friends 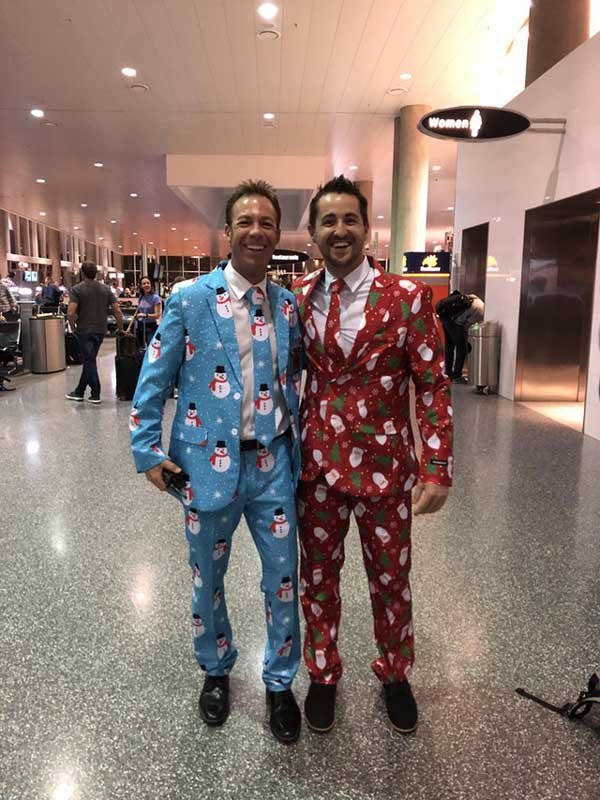 2. That’s one way to have fun at work

3. Oh no, someone spilled all their puppies 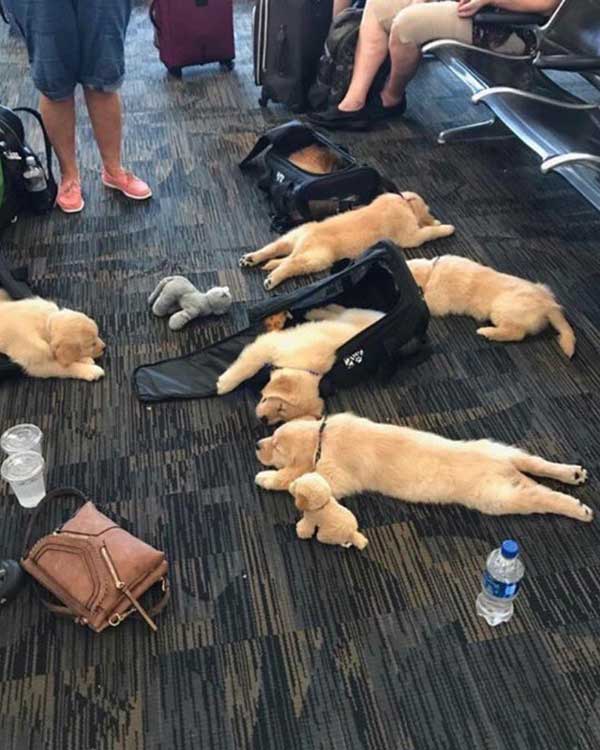 4. Saw this pilot at the airport, yesterday. 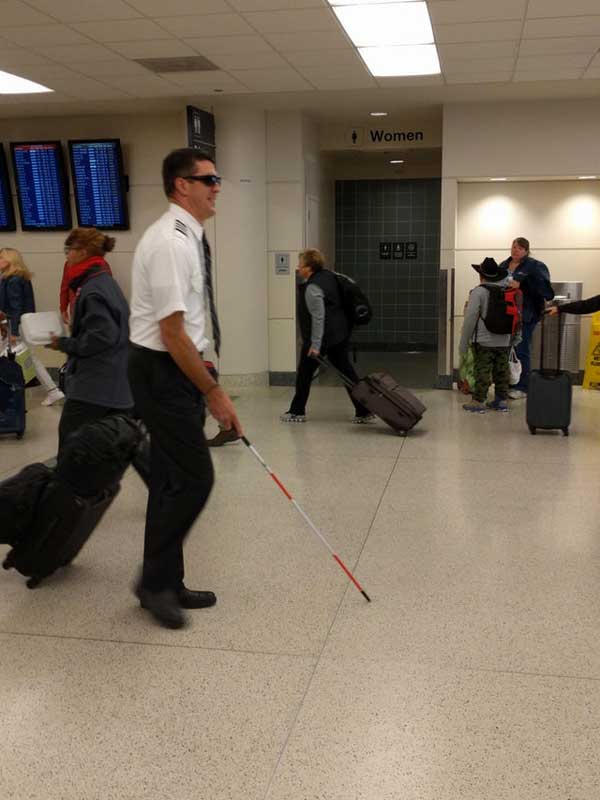 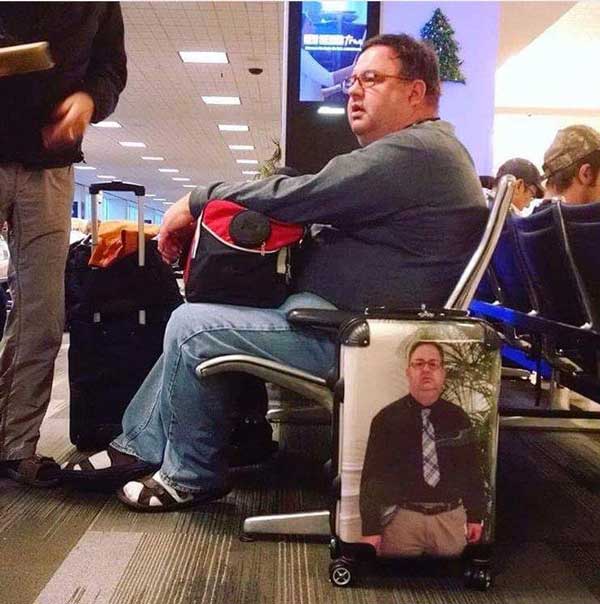 7. My cousin met a Victoria’s Secret model at the airport. Perfect day to be wearing that shirt. 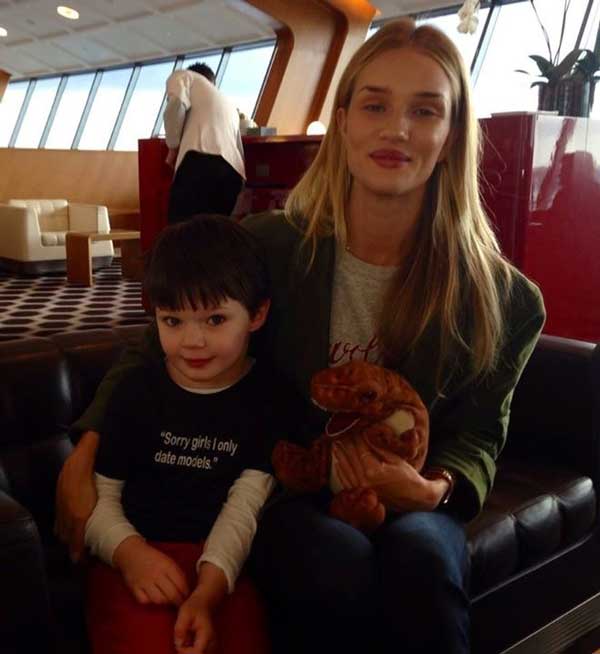 8. This man is an everyday hero, after waiting for our bags at Heathrow Terminal 5 for 4 hours the only person who was still there was a pilot, who helped over 300 people get there bags back. 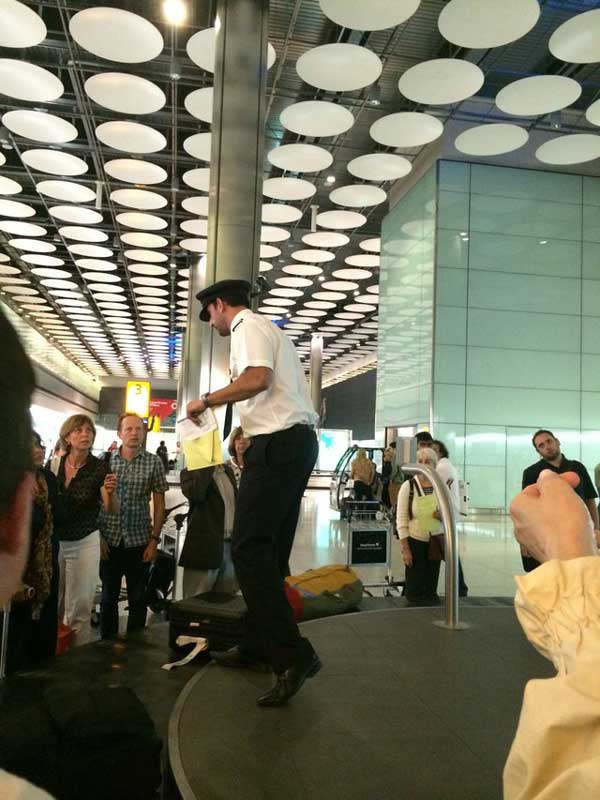 9. Someone checked in a stick at the airport 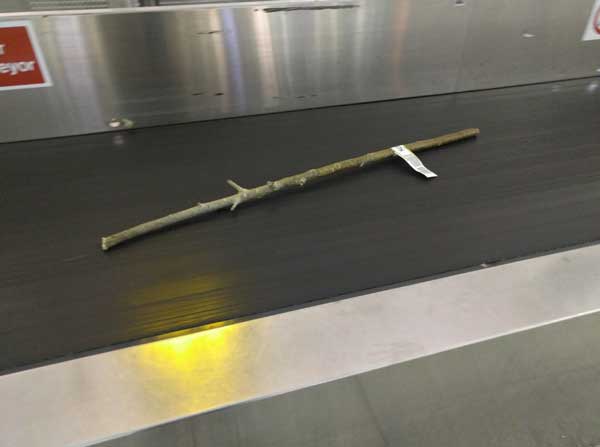 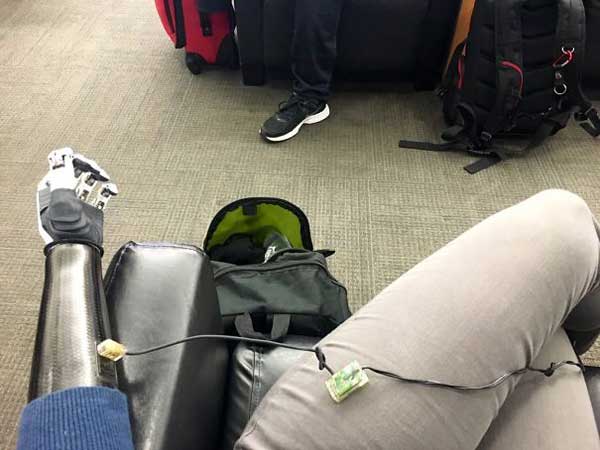 11. My friend’s daughter just flew by herself for the first time. This was how he greeted her at the airport. 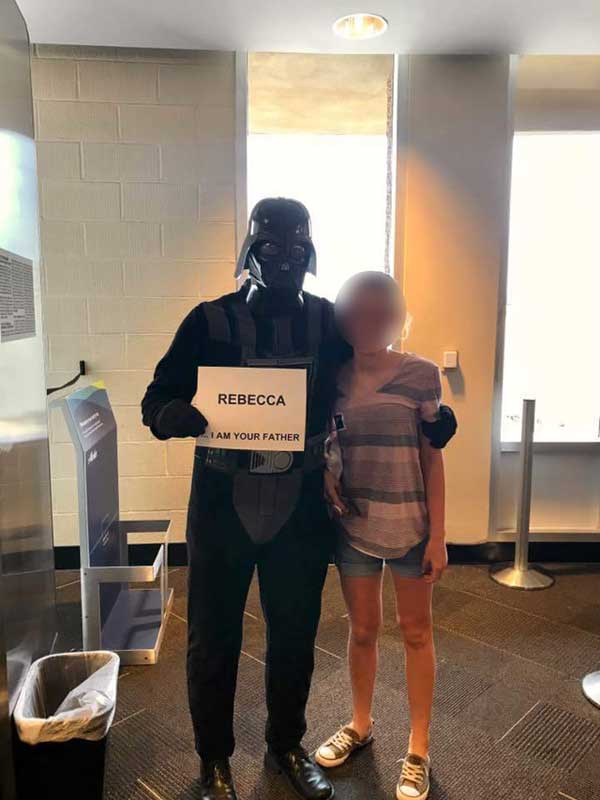 13. So much grandad-ness in one photo. 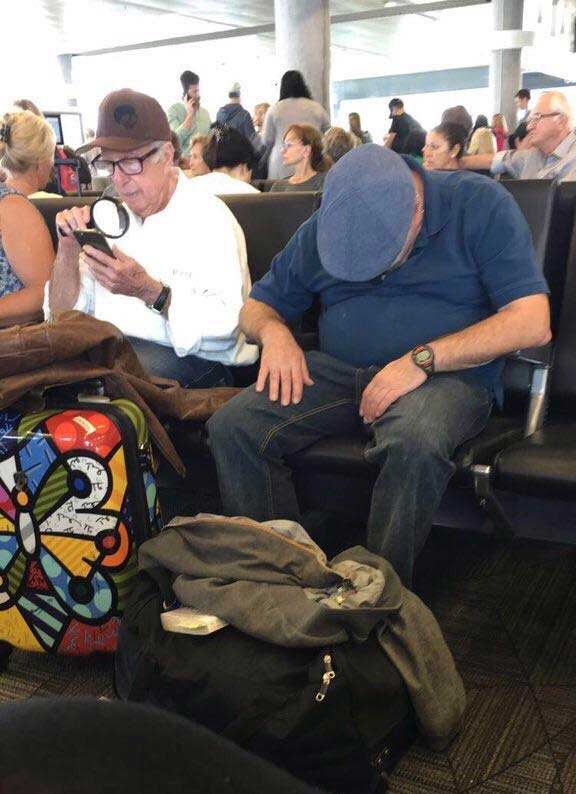 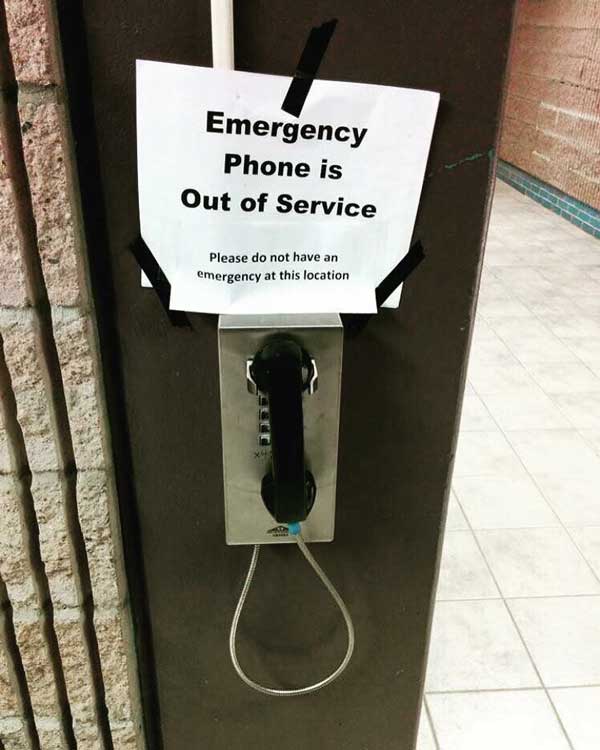 15. I was watching The Avengers on my laptop at the airport…this was happening behind me. 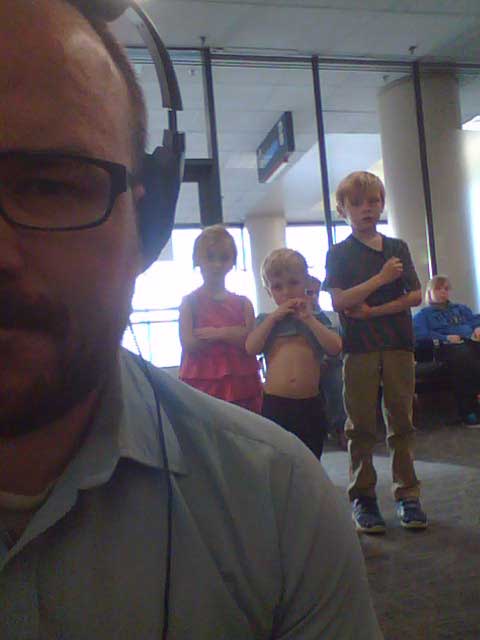 16. My friend is a pilot, He said when they get bored they have water gun fights. 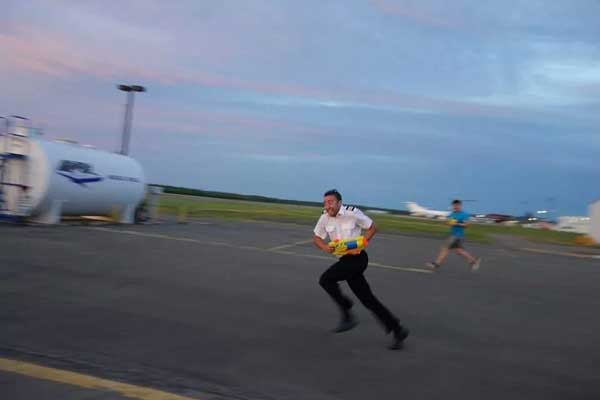 17. Tried to take a selfie at JFK. Caught this gem before I could figure out how to reverse the cam. 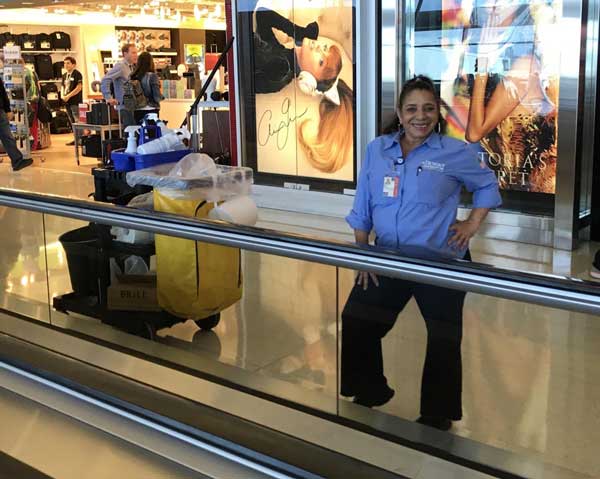 18. Why it takes so long for your luggage to arrive 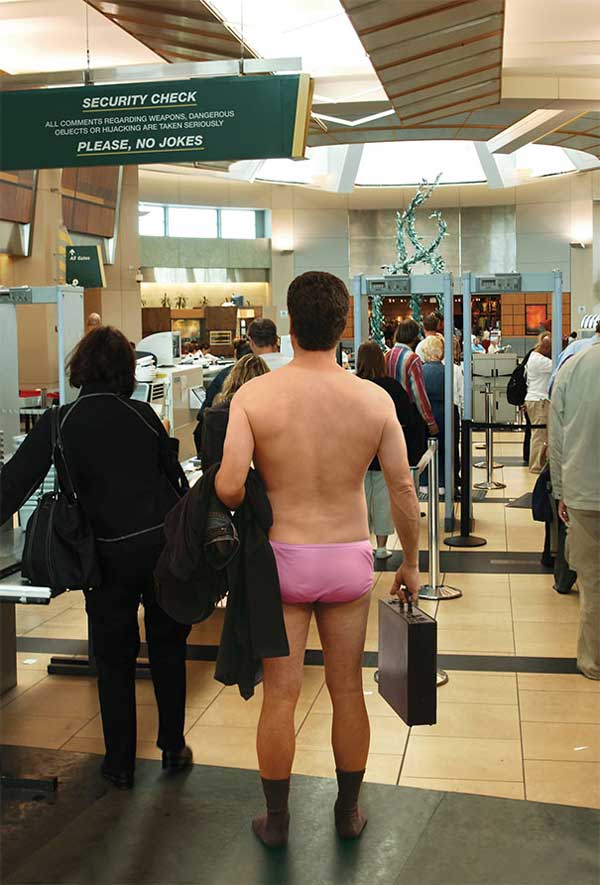 20. I was stuck on an airplane for 4 hours waiting to take off (cancelled flight). This kept me entertained for about 10 minutes. 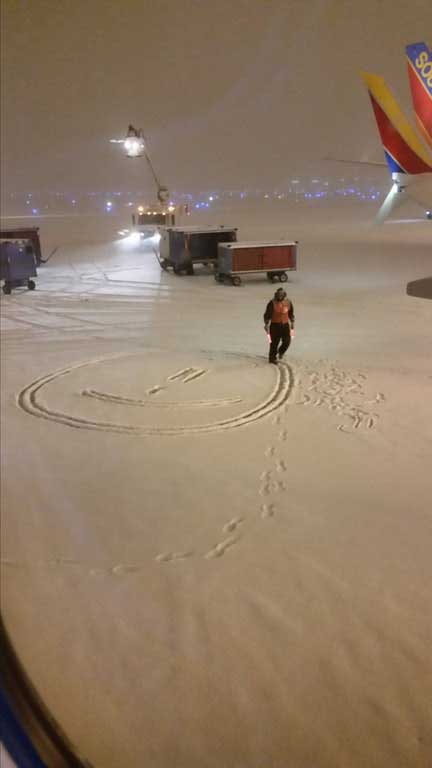