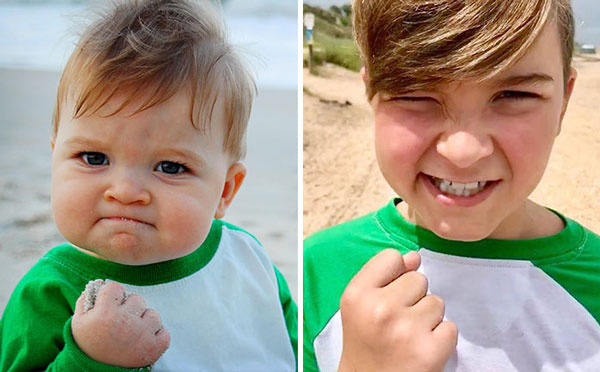 The meme originated in 2007, after Laney Griner uploaded a photograph of her son Sammy trying to eat sand to Flickr. The meme gained initial popularity captioned “I Hate Sandcastles”, suggesting that the boy had just destroyed another child’s sandcastle. Laney disliked the “I Hate Sandcastles” meme as she felt it made her son – who in fact loved sandcastles – look like a bully, but she embraced the “Success Kid” concept. She said that her son gets embarrassed by his association with the meme.
Sam Griner 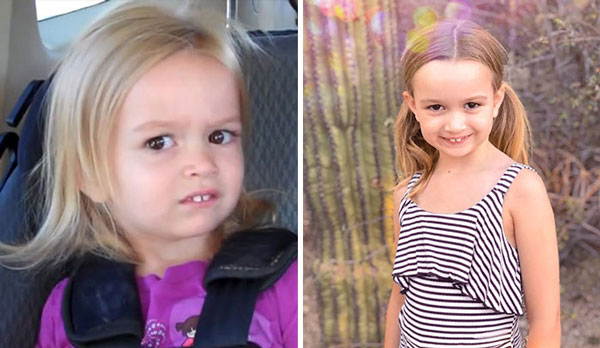 On September 12th, 2013, YouTuber KAftC uploaded a video titled “Lily’s Disneyland Surprise… AGAIN,” which shows two sisters, Lily and Chloe, reacting to the news of a surprise trip to Disneyland on their way to school. As the older sister, Lily, breaks into tears of joy, Chloe is briefly seen on camera with a disturbed look on her face that will forever be known as the ‘Side-Eyeing Chloe’.
Lily & Chloe Official, lilyandchloeofficial 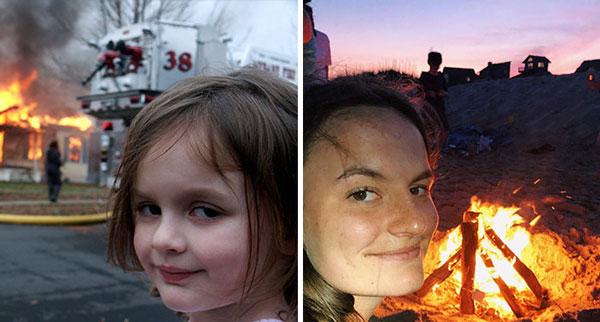 The photograph of the girl and the burning house was taken by Dave Roth in January 2004 during the local fire department’s live drill training two blocks away from his home in Mebane, North Carolina. While observing the fire, Dave caught his daughter, Zoe, smiling devilishly juxtaposed against the burning house. “I’d love for the meme to help me get into or pay for college somehow,” Zoe says. “But I ultimately want people to know me for me.”
zoeroth 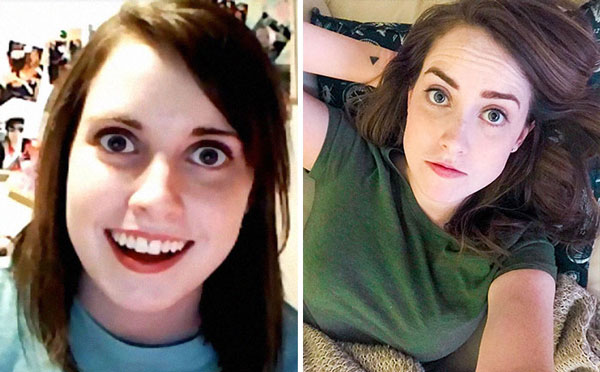 In 2012 YouTuber Laina Morris uploaded a webcam video in which she performs a parody version of Justin Bieber’s “Boyfriend” with personalized lyrics. The video was submitted in response to Bieber’s announcement of an online sing-off contest in promoting his celebrity perfume “Girlfriend”. But it wasn’t an easy trip from meme origin to YouTube success, Morris spoke about privacy issues following the meme’s success. “Strangers were finding my personal Facebook page and talking to my friends. They were finding where I worked and trying to access my college records” Morris recalls.
Laina, laina 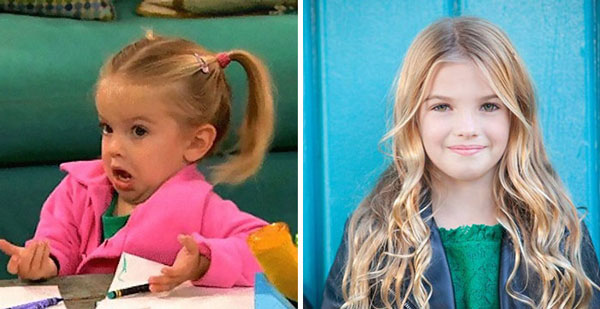 It’s a scene from the Disney Channel show “Good Luck Charlie”. The expressive girl is often used as a synonym for “I don’t know”
Mia Talerico

6. Trying To Hold A Fart Next To A Cute Girl In Class (Michael McGee) 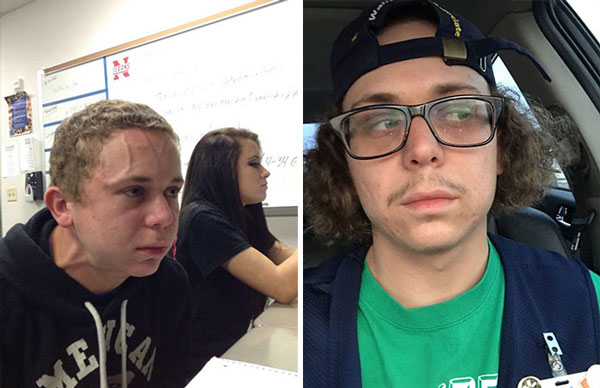 On March 2nd, 2014, Redditor aaduk_ala submitted a photograph titled “Trying to hold a fart next to a cute girl in class” to the /r/funny subreddit. When asked whether he has felt any regret about his internet fame, McGee responded: “My take on being ‘internet famous’ is cool and all. But I regret not copyrighting the picture right away because I could have made a lot of money there!”
aaduk_ala, McGeezyyy 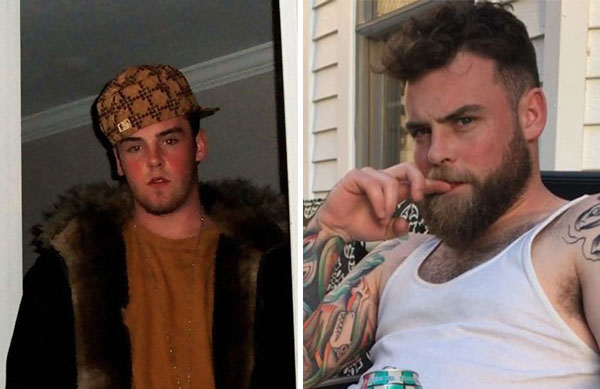 The first known time this image was posted on Reddit was January 21st, 2011. A commenter in the Reddit thread identified the young man in the photo as Blake Boston, also known as “Weezy B.” In an interview with Know Your Meme, Blake revealed that the picture was originally taken by his mother. “I have no regrets in my life …no matter what I do. I can completely f*ck up on something and I still don’t regret it. Because at the end of the day, that makes me who I am, so I wouldn’t go back and erase anything, if I were to go back in time.”
BlakeBoston617 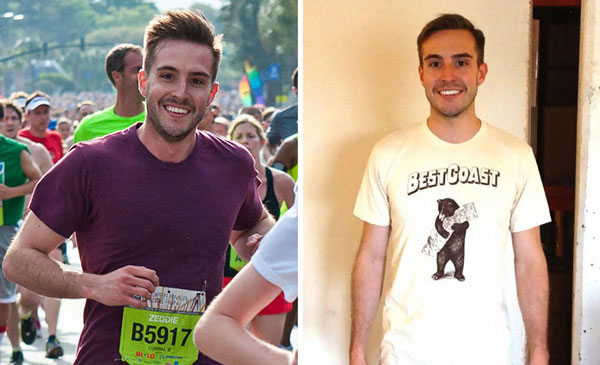 “Ridiculously Photogenic Guy” is Zeddie Little running in the 2012 Cooper River Bridge Run. When asked about the appeal behind the meme, Little responded: “I really don’t know, but I kinda feel honored to be part of a joke that’s in good spirit because sometimes the Internet can be a little vicious or jokes can get bent the wrong way. But these are all kinda, for the most part, positive. It’s funny that everybody is kinda taking like to it. It’s, I guess, the most flattering way to get spread across the Internet.”
watkins_little 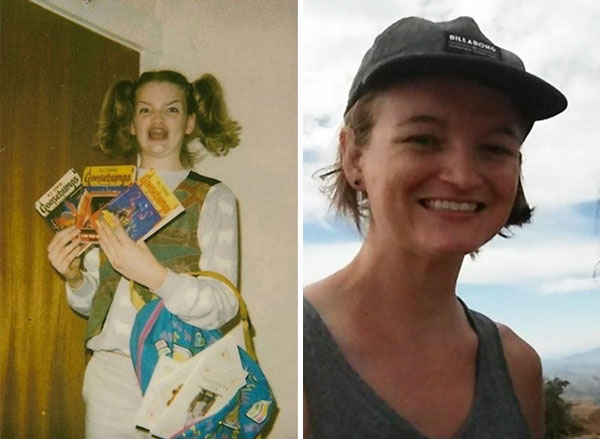 “Ermahgerd” is a rhotacized pronunciation of “oh my god”. The meme first emerged on March 14th, 2012, as a post titled “Just a book owners smile…”. The girl in the meme, Maggie Goldenberger, said that the picture was created in fourth or fifth grade when she and her friends seriously got into playing dress-up.
Maggie Goldenberger 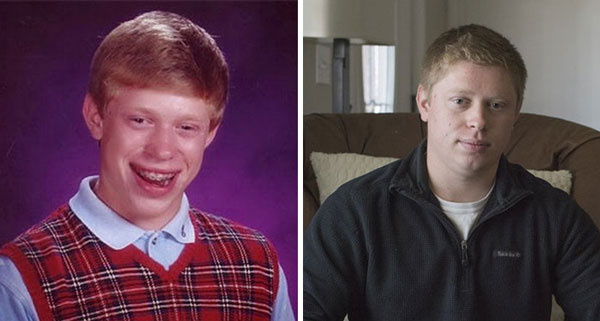 The guy in the picture is not actually Brian, his name is Kyle Craven. The Picture was first posted on January 23rd, 2012 by a long-time friend of Kyle with a caption “Takes driving test .?.?. gets first DUI.”
Dustin Franz, Dustin Franz 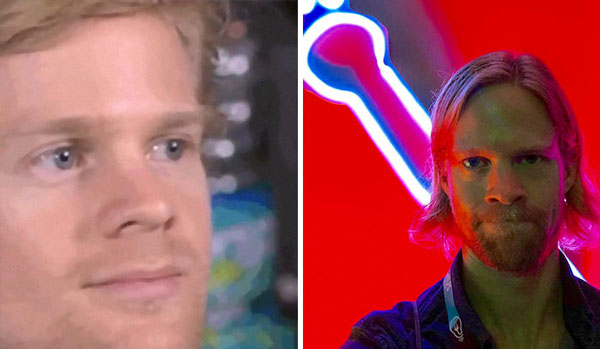 The GIF comes from a live stream shot in 2013, when Drew Scanlon was a video producer at the popular gaming website Giant Bomb. During one of the team’s weekly “Unprofessional Fridays” shows, Scanlon watched as editor-in-chief Jeff Gerstmann played Starbound, a two-dimensional action-adventure game. “I’ve been doing some farming,” Gerstmann narrated, “with my h*e.” Scanlon reacted with the expression now known as the “Blinking White Guy”
drewscanlon 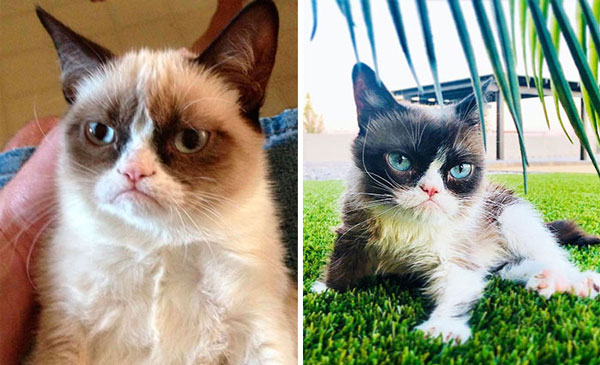 Grumpy Cat is the nickname given to Tardar Sauce, a snowshoe cat that rose to online fame after several pictures of her annoyed facial expressions were posted to Reddit in late September 2012.
Cataliades, realgrumpycat 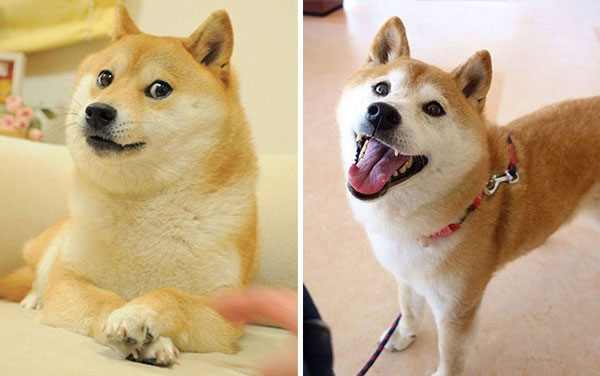 On February 23rd, 2010, Japanese kindergarten teacher Atsuko Sato posted several photos of her rescue-adopted Shiba Inu dog Kabosu to her personal blog. The photos included a peculiar shot of Kabosu sitting on a couch while glaring sideways at the camera with raised eyebrows, which is now known as the first picture of “Doge”
kabosumama 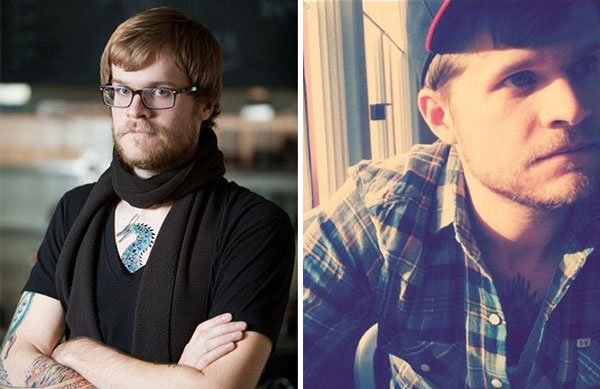 The first noted instance of Hipster Barista was uploaded on August 24, 2011. The guy in the picture, Dustin Mattson, expressed how he felt about the meme in an interview for Eater Atlanta: “I do find it discouraging and disappointing that there was so much exposure brought to an attempt at making a joke of a culinary industry and the professional barista. To me, it’s very telling on how we laud farm-to-table food, craft beer, cocktail mixology, but it’s ok to have no respect for the specialty coffee world and the people who are committed to it. On the other hand, the whole thing only makes me want to work harder at my job, make better coffee, serve my customers better, and bring more positive exposure to both the company I work for, the barista profession, and specialty coffee as a whole. If anyone were to see my and my coworkers’ work in the café, they’d see that it doesn’t quite match up to most of the jokes made against the “Hipster Barista”.”
DustinColeMmm

Are Cats Responsible for Extinction?
20 Jokes That Are Hilariously Accurate For Anyone Who Loves Food Network
People Share Weird Things That Are Normal In Their Countries And This Competition Has No Winner
When a Crow Dies, Other Crows Investigate