1. This babysitter got played by a two-year-old
I’m babysitting my 2 yr old nephew today and when I told him he couldn’t eat ice cream for breakfast he told me “you’re not my best friend anymore” so we compromised and now he’s on his second bowl of ice cream and I’ve gained the title “best friend in the whole wide world”
mic22ken

2. And this prize-winner got a shirt they prob didn’t want
That one time I did a giveaway and didn’t say what the prize was 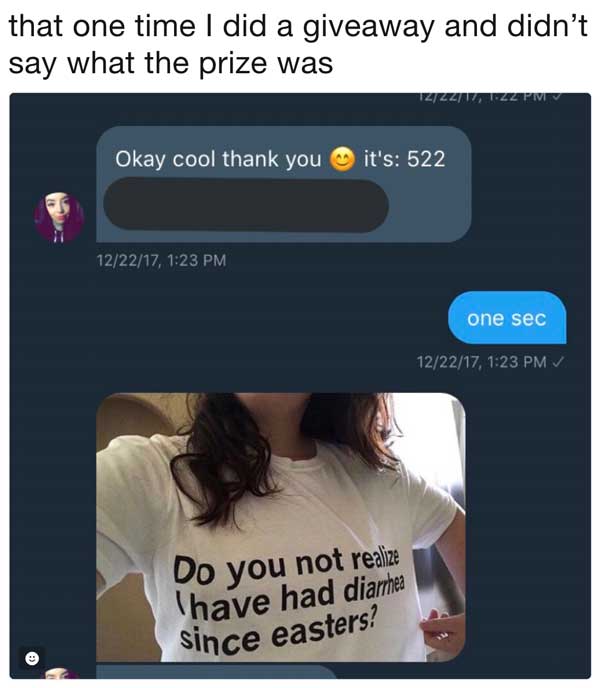 Do you not realize I have had diarrhea since easters?
iucipur, Get the shirt

3. This person fell for this sticker 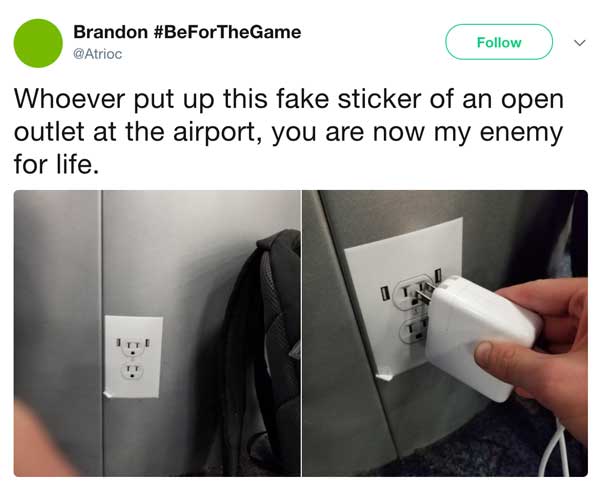 4. This girl got a face mask — almost 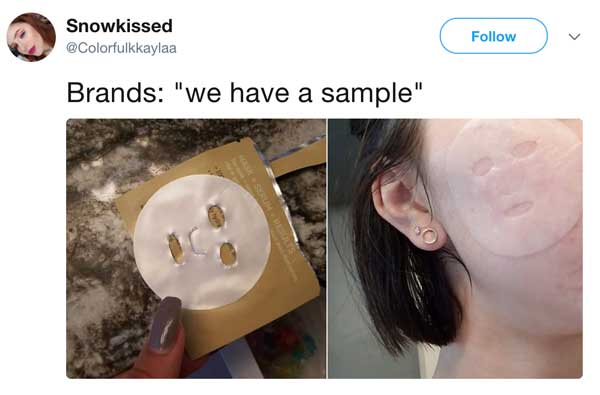 5. This guy got played by “Shrek”
There is no other proper way to make a gross man go away 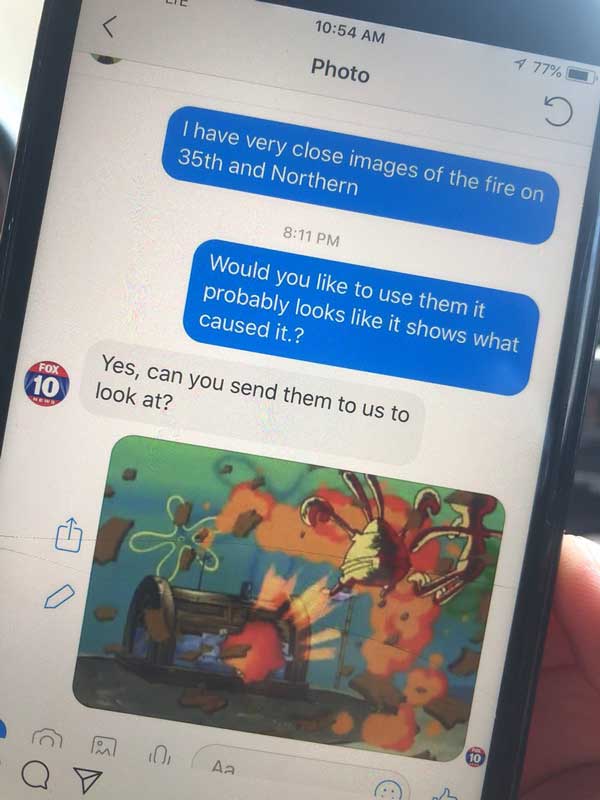 7. This online shopper got played by Amazon
So i ordered a chair for my room off of amazon and… 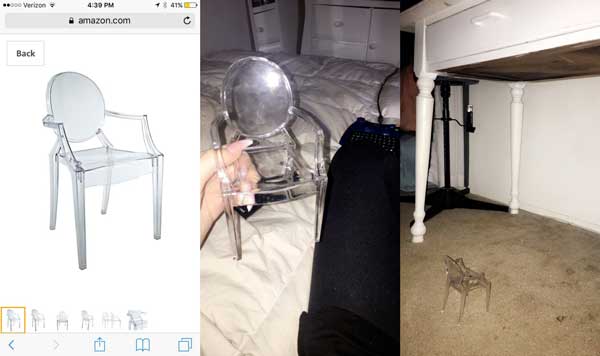 8. And this woman got played in the funniest way by a Vine aficionado
10k rts and I hit send 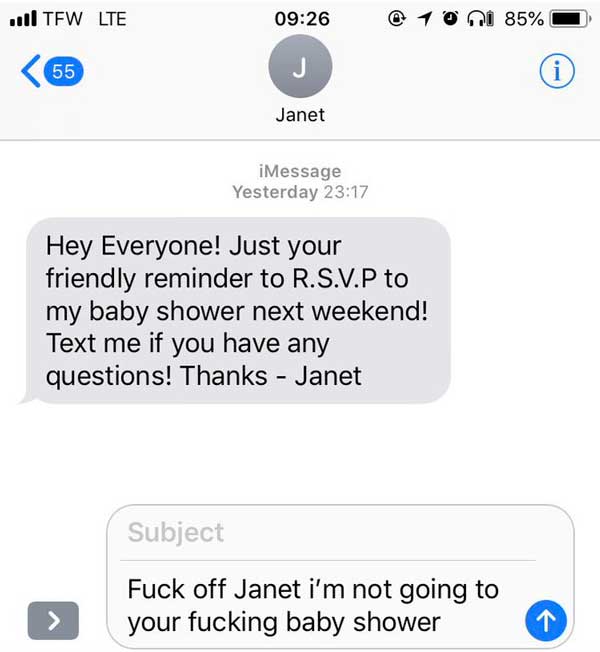 9. This guy got played by a a Pokémon jokester
You men are something else, I tell ya

10. And this person should’ve Googled this girl’s response
Im sick and TIRED of yall

11. This boyfriend received this
my bf ordered an egg and cheese bagel and the guy gave him a hard boiled egg on cream cheese help what’s the number for 911 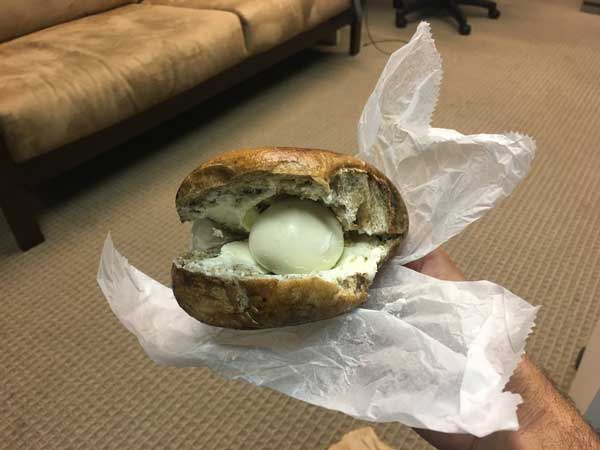 12. This dad played a whole restaurant
My dad wanted to make a reservation at a restaurant and they told him that they were completely booked, minutes later he called back claiming to be the prime minister of Morocco….. we got the best table in the place and the chef answer him to sign a plate and take a pic w him 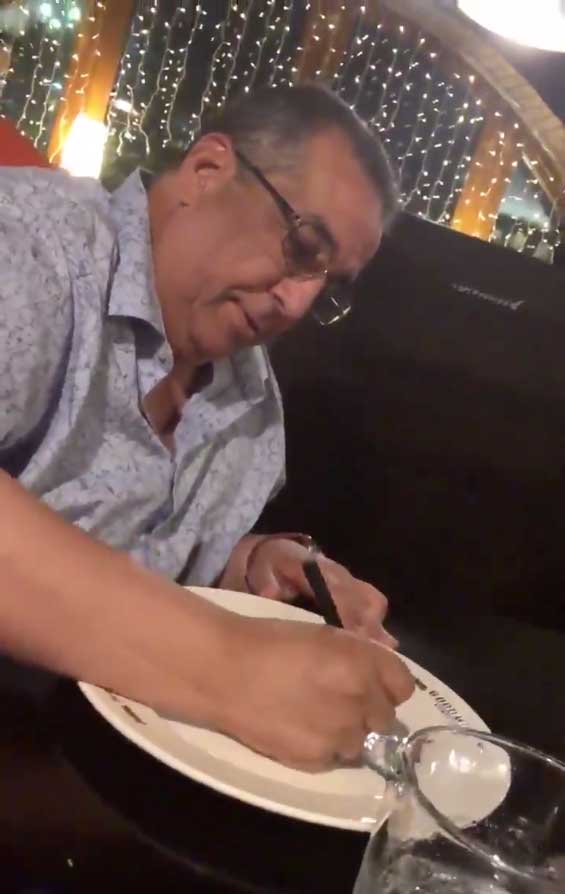 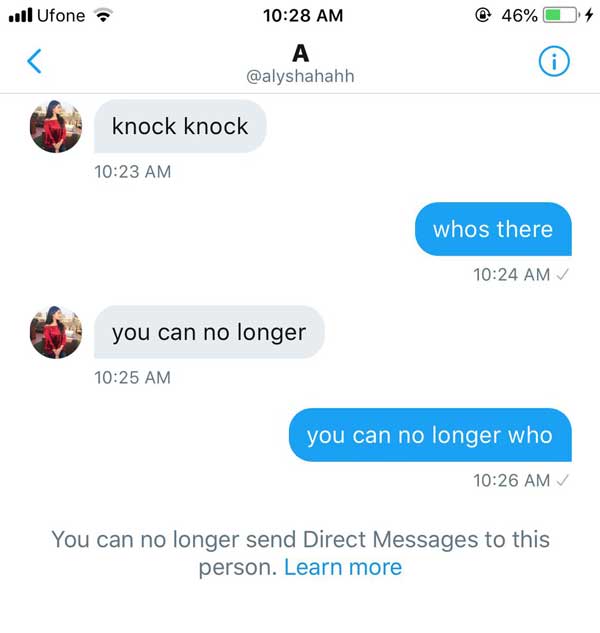