Countries Who Consume the Least Meat 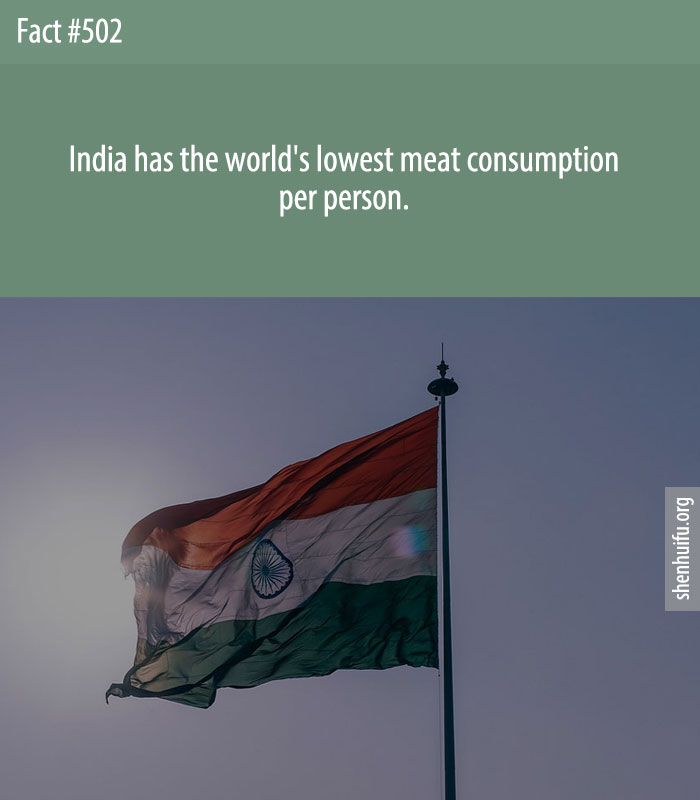 India has the world’s lowest meat consumption per person.

It is a misconception that the majority of India is vegetarian – two thirds of Indians do eat at least some meat, according to a nationwide survey. Nonetheless, the amount of meat consumed in India has remained small. At less than 4kg per person, it is the lowest in the world.

White Families Have More Wealth Than Black Families
16 Travel Tips That Are So Genius, They’re Borderline Cheating
Why Names Are So Easy to Forget
Cows Get Photo IDs in India