16 Girlfriends Who’ve Got This Whole Relationship Thing Figured Out

1. My girlfriend tried to entice me to get out of bed. I’m ashamed to say it worked. 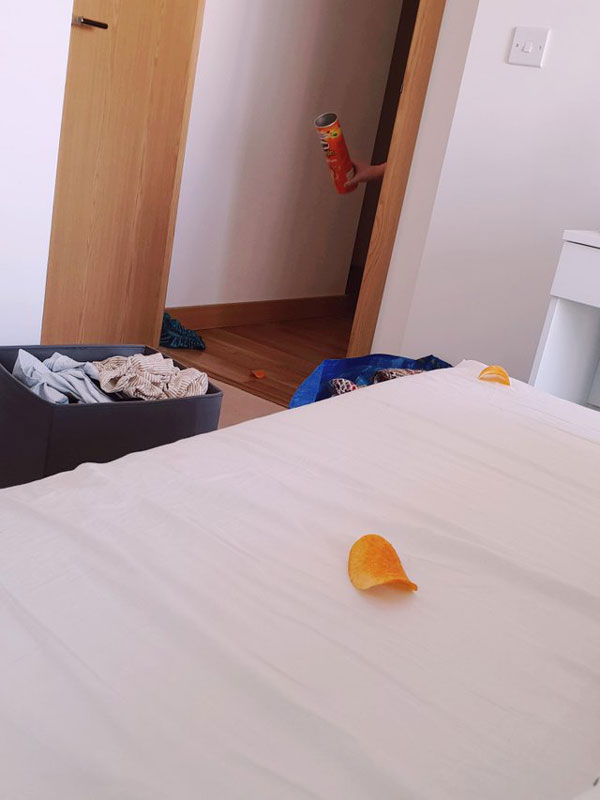 2. Anyone who actually knows me… 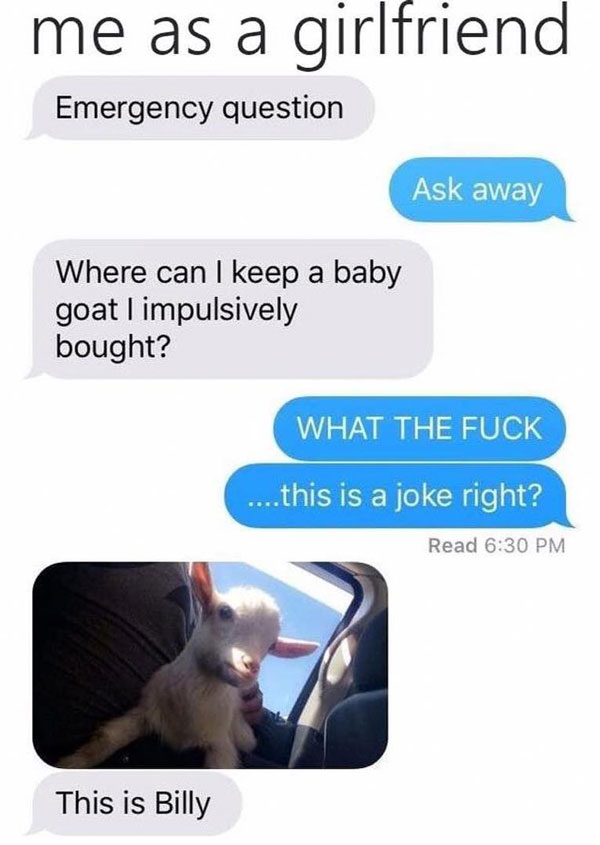 3. My girlfriend got me a mousepad with my favourite picture of her on it 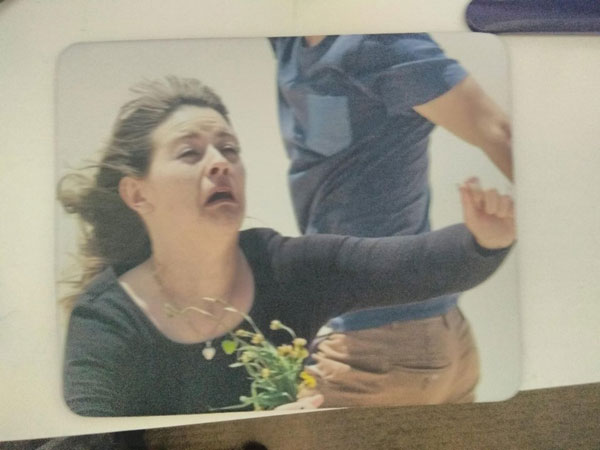 4. My girlfriend left me a note. 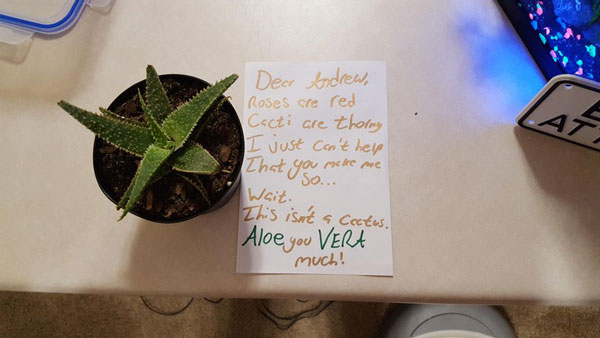 “Dear Andrew, Roses are red, Cacti are thorny, I just can’t help that you make me so…wait. This isn’t a cactus. Aloe you Vera much!”
F1uffydestro / Via reddit.com

5. I don’t even care what’s inside, my girlfriend nailed the gift wrap for my bday this year 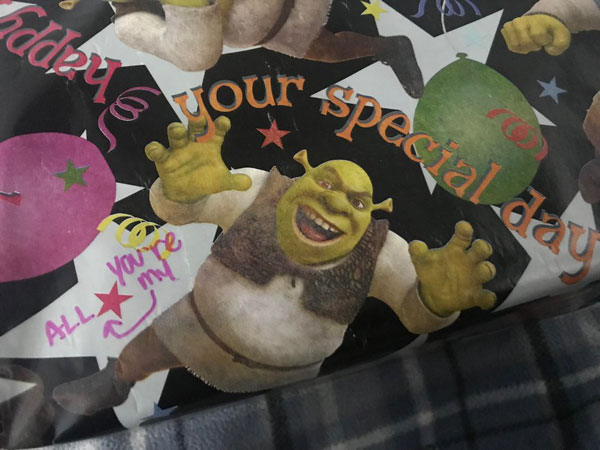 6. This girl who came up with a solution to a problem we all have 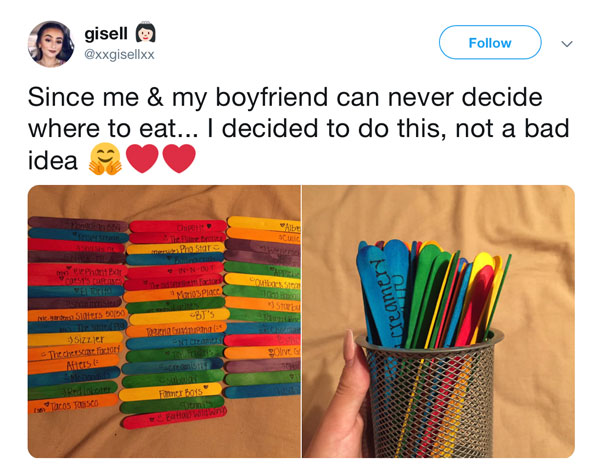 7. My girlfriend showed up to a party for my birthday dressed as me 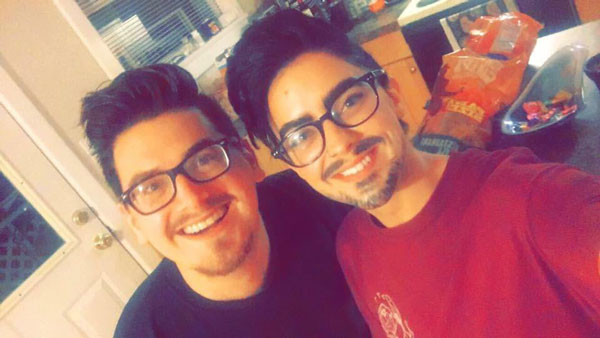 8. The cake my girlfriend got me for my 25th birthday 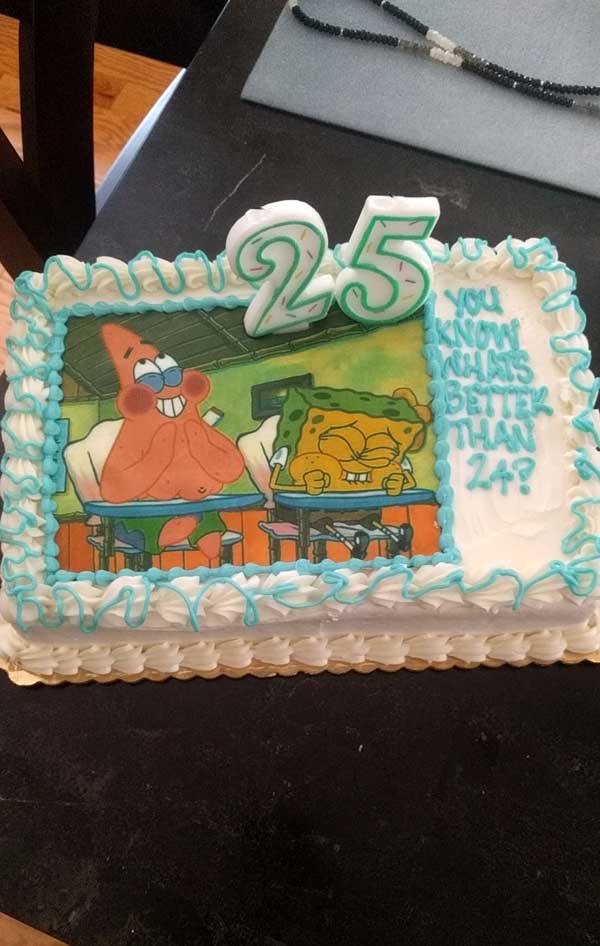 9. Girlfriend making surprise informational posters to convince me to get a dog. She is 28. 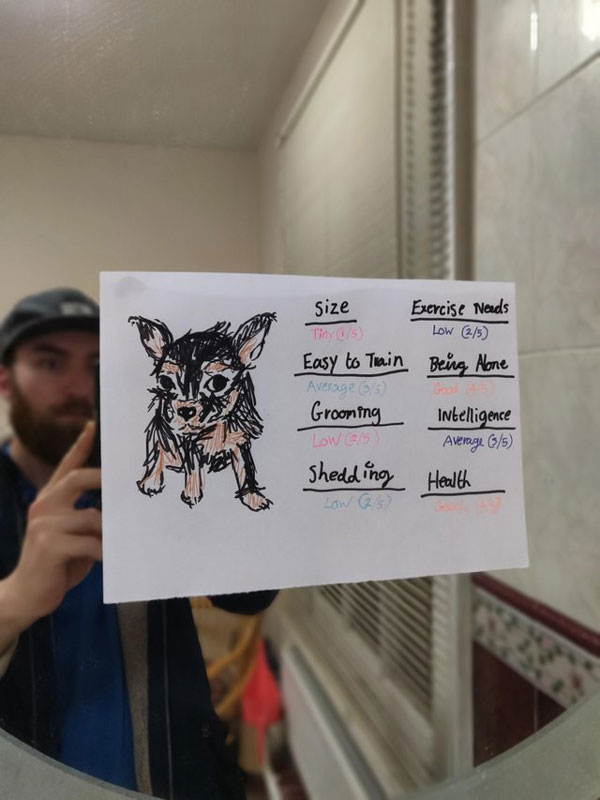 10. The first time I went to my girlfriend’s house over 12 years ago, the first thing I noticed is not only did we have the same fan, but we had both drawn faces on them. We’ve now been married for 8 years and Bill and Andrew are still with us 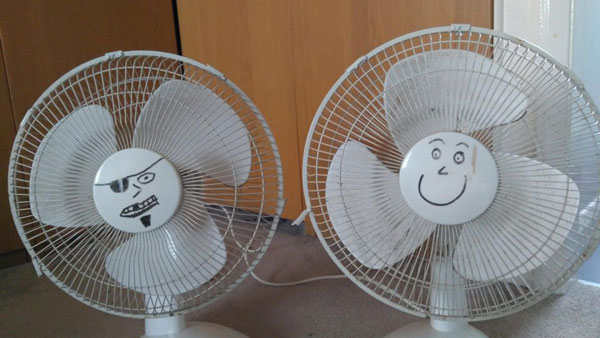 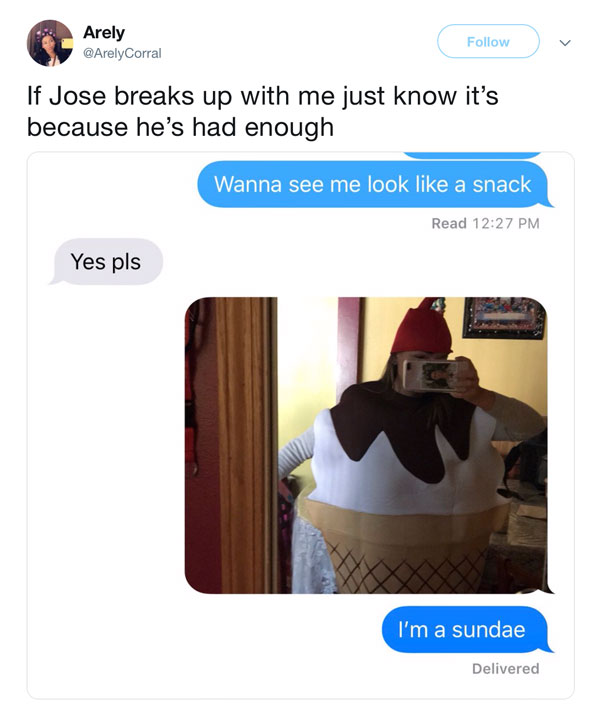 12. This girl who created a piece of art on a mug 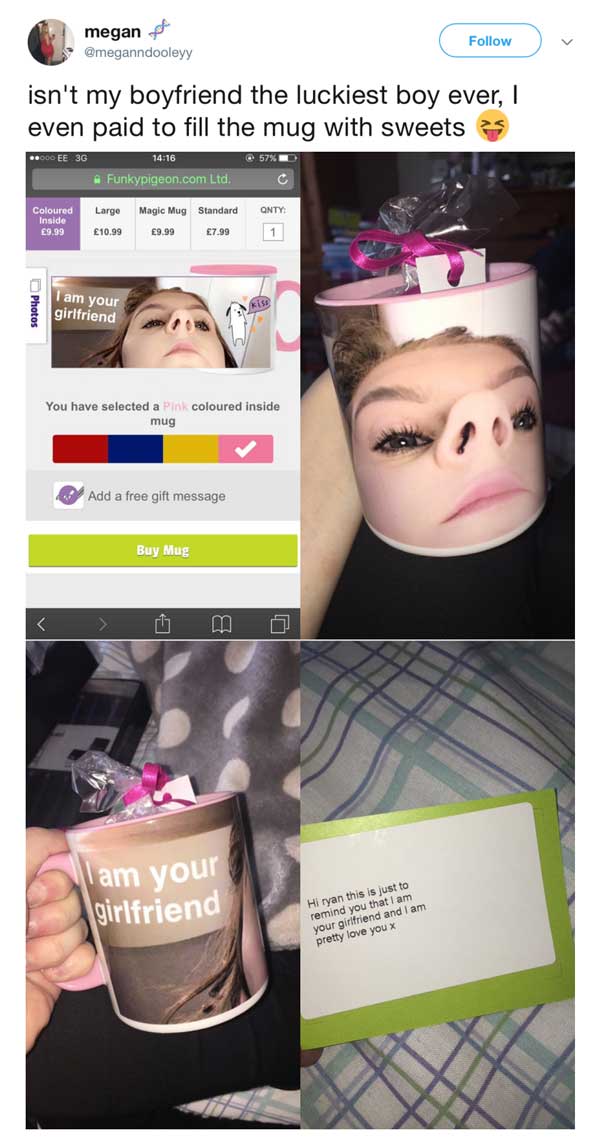 13. My girlfriend bought me a beautiful pillow for our anniversary. 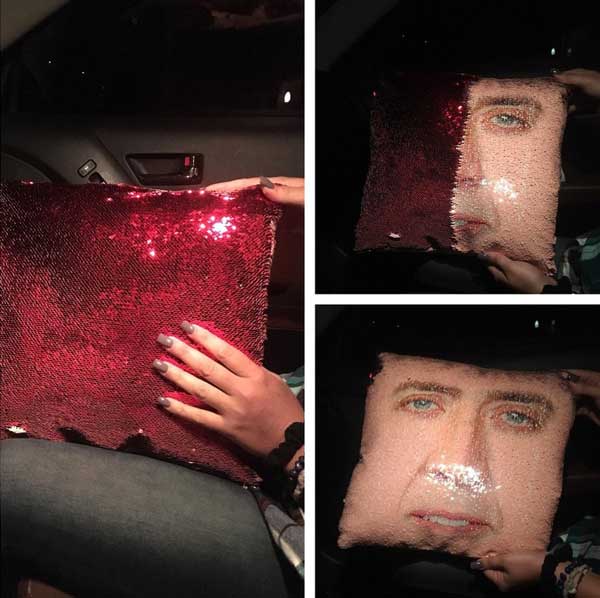 15. This girlfriend who should hang this locket at the Louvre

16. This girl who’s got jokes up her sleeve

People Share The Most Hurtful Thing Someone Has Ever Said To Them
Your Chickens See Better Than You
20 Times Ryan Reynolds Was The King Of Twitter
12 Times People Turned Ordinary Things Into Something Impressive, And You Can Do It Too