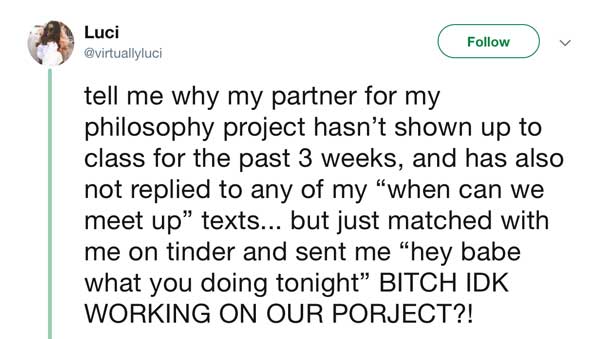 2. When your partners make some pretty big assumptions

3. When you just want some clarification on the assignment 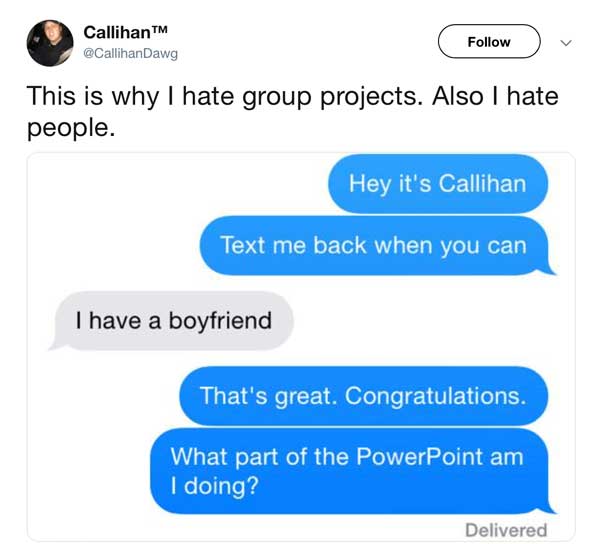 4. When they lose respect for you when you don’t write their half of the assignment 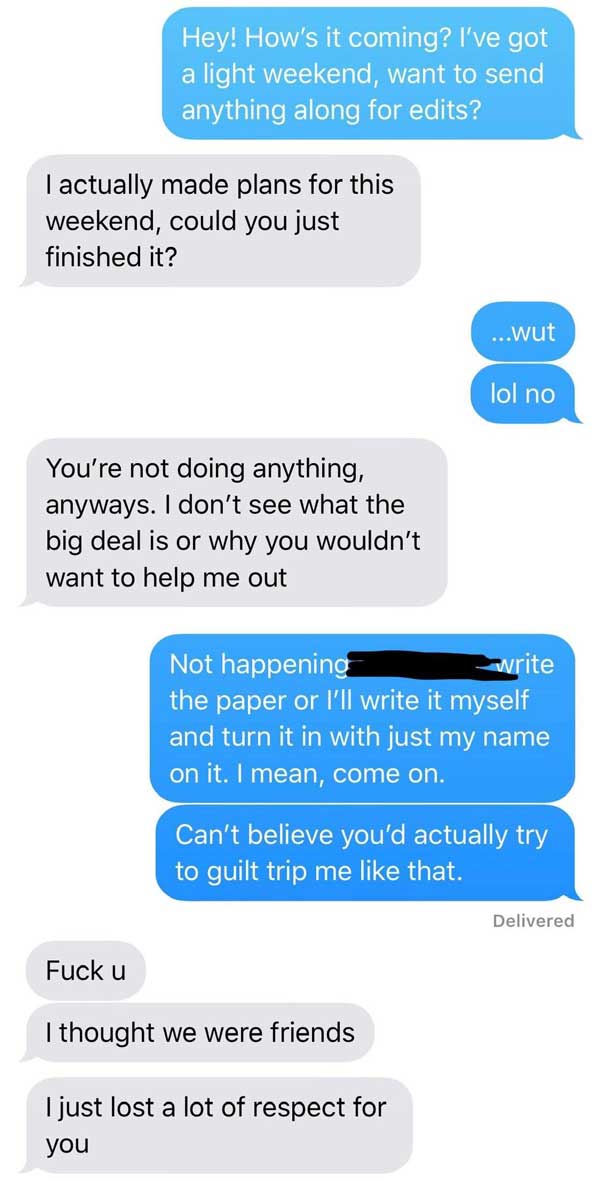 5. When even famous historical group projects don’t go as planned

6. When you don’t get to choose your partners

7. When they really are trying, but not very hard 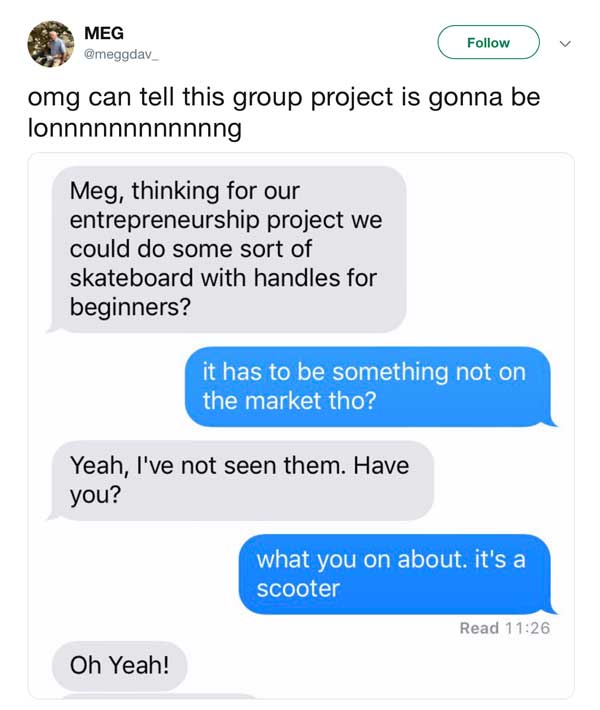 8. When they don’t do any work, try to switch groups, then get mad when you take their name off the project 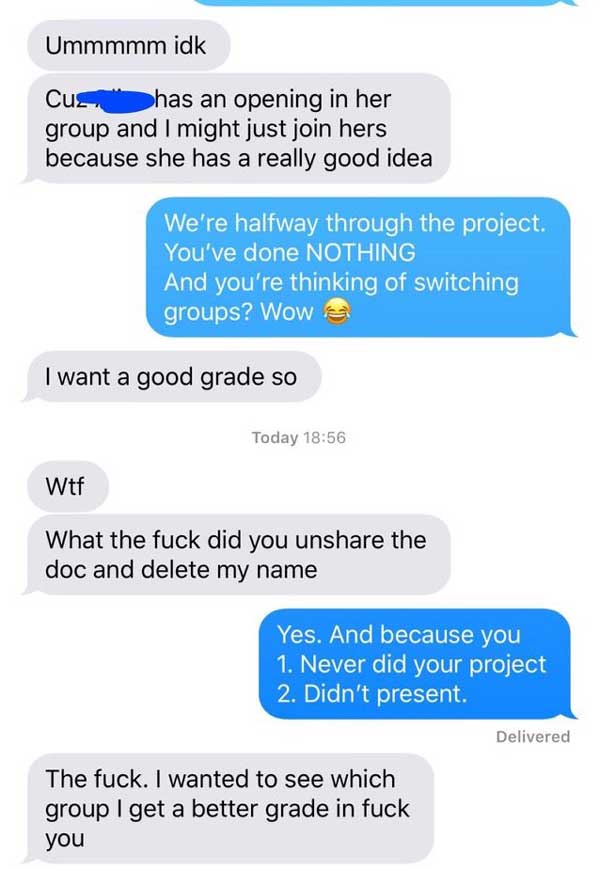 I just want a good grade so
peiattention / Via reddit.com

9. When group projects are supposed to teach you about “cooperation”

10. When nobody will answer your texts

11. Group member asks a question about her assigned section then admits they have dropped the class two days before submission. 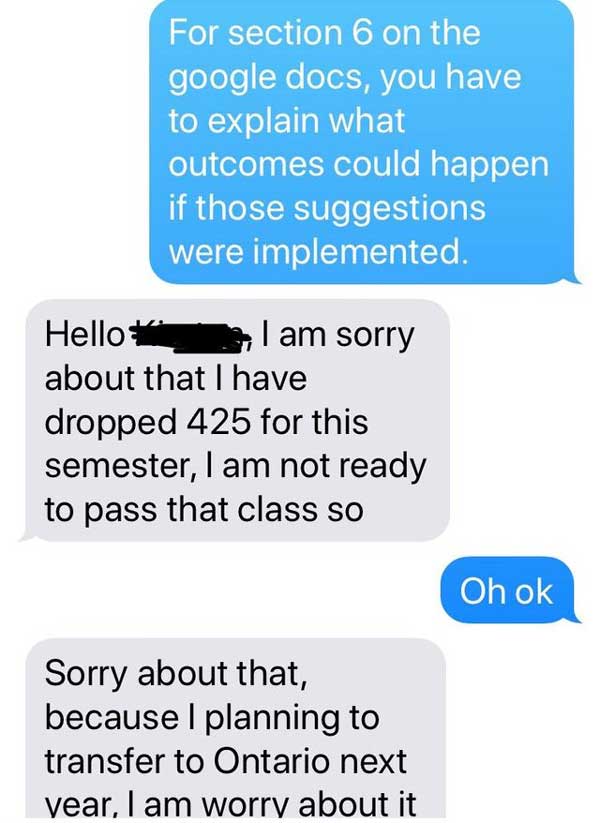 12. When the only one you can rely on is yourself 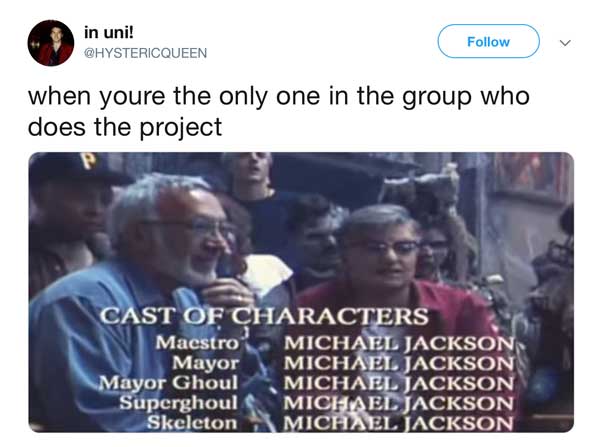 13. When they might drop the class and they might not, and they’re not going to let some silly deadline speed up their decision 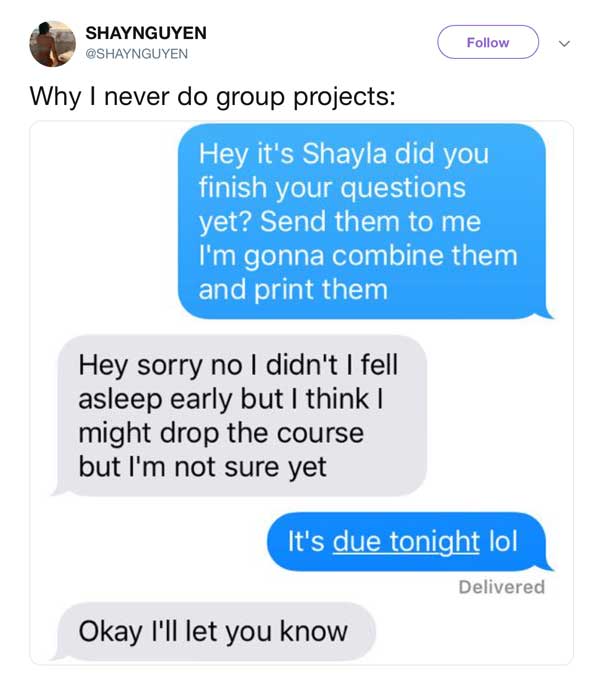 14. When they’re all too happy to let you do the bulk of the effort 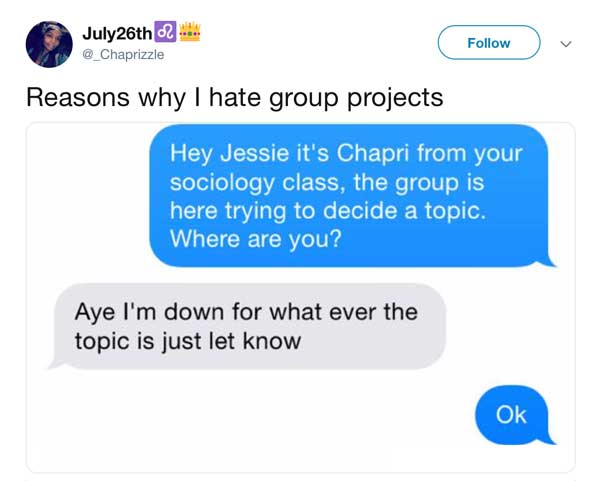 15. When they send you their part of the project, which you can’t even use 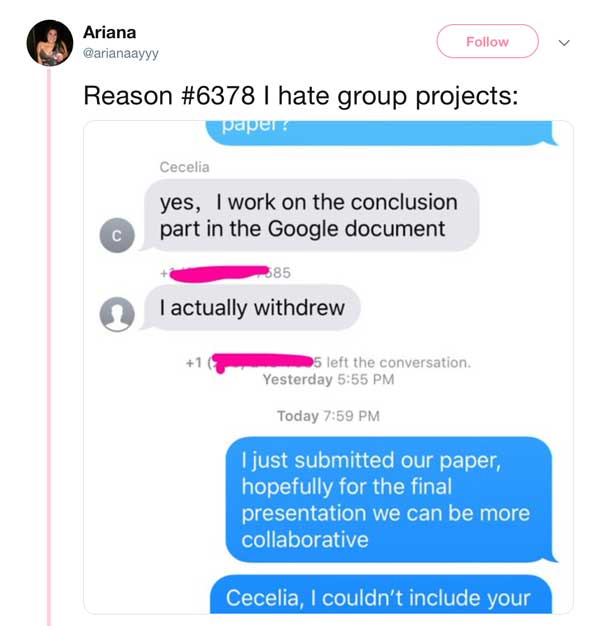 16. When they try to pretend they contributed an equal amount to the final product 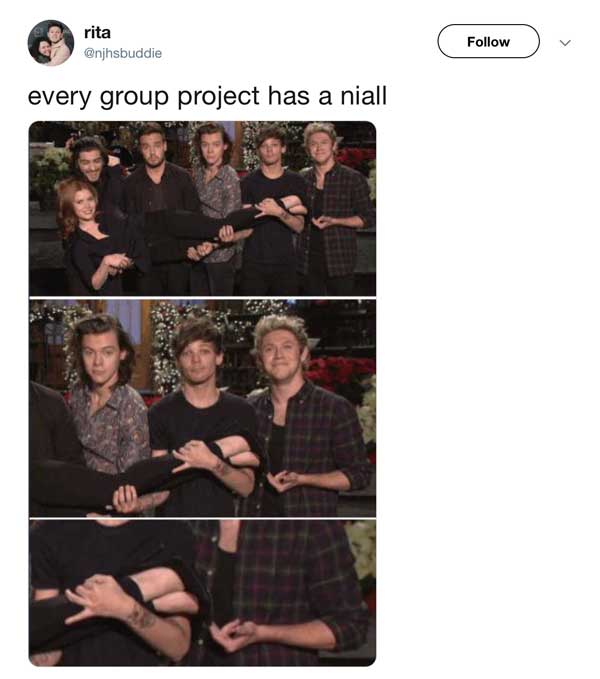 17. When you turn to threats just to get them to send you their part of the assignment 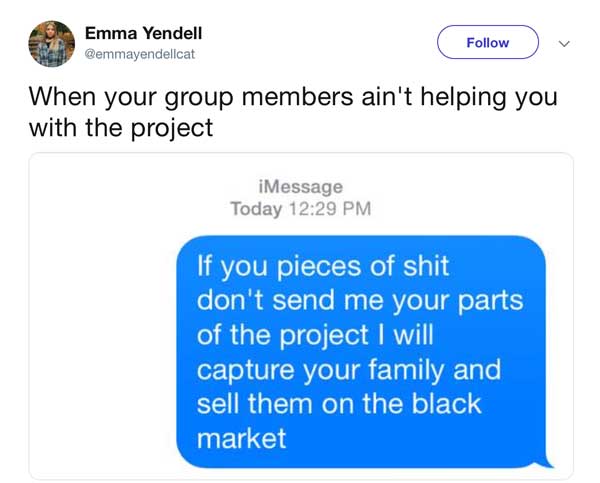 18. And when you just have to accept that there’s just nothing you can do 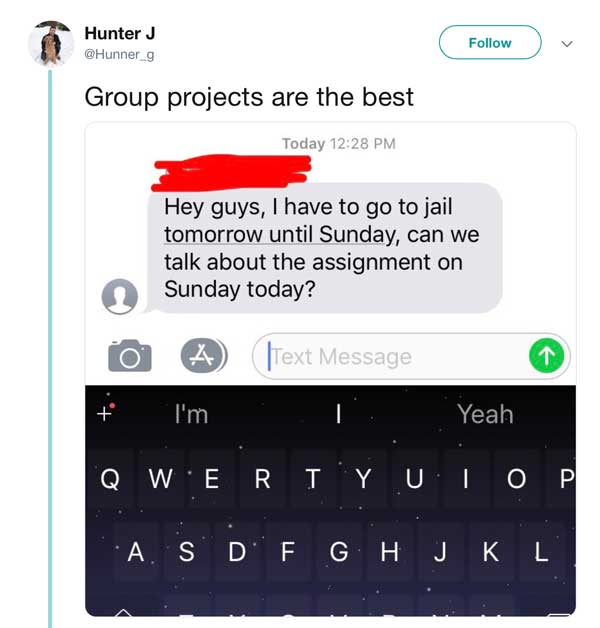 The Little Things Really Do Matter
The 29 Dumbest Questions Ever Asked Online
What Events Happened on September 19 in History?
What is the Easiest Country to Get a Gun?