16 Tweets About Being Vegan That Are Just Way Too Real

1.
“what are you eating?”
me: “vegan chicken nuggets!”
“omg we get it you don’t eat meat you don’t have to say it’s vegan every time”

“what are you eating?”
me: “chicken nuggets”
“uuuMMMM just CHICKEN NUGGETS???? I THouGhht THAT U diDN’t EAT MEAT???”
imkelcie / Via twitter.com

2.
“I’ve never had vegan food”
Me: damn not even a french fry?
LilSoyEvan / Via twitter.com

3.
Vegetables in the grocery store as soon as i walk past them & make my way to the unhealthy vegan alternatives section 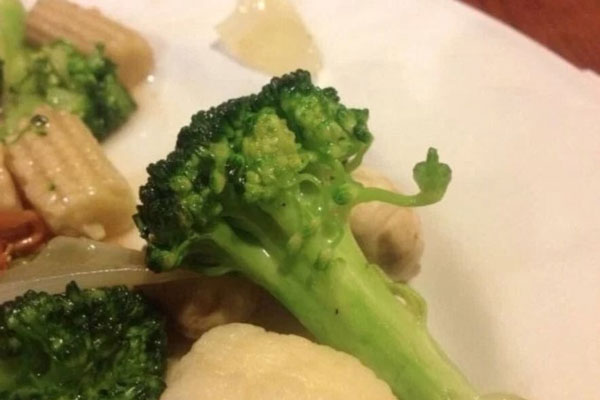 4.
Me: I’m vegan
Y’all: okay then miss vegan a*s, what would you do if you were on an island with no trees, no vegetation, no other people, no boat, no candles, no clothes, no teeth, no knees, no sunscreen, no flu shot, no sand, no island, no sea salt, no shade, no water, no eyes, n
Syvanndra / Via twitter.com

5.
Me watching the starbucks baristas to make sure they put almond milk and not dairy milk in my coffee 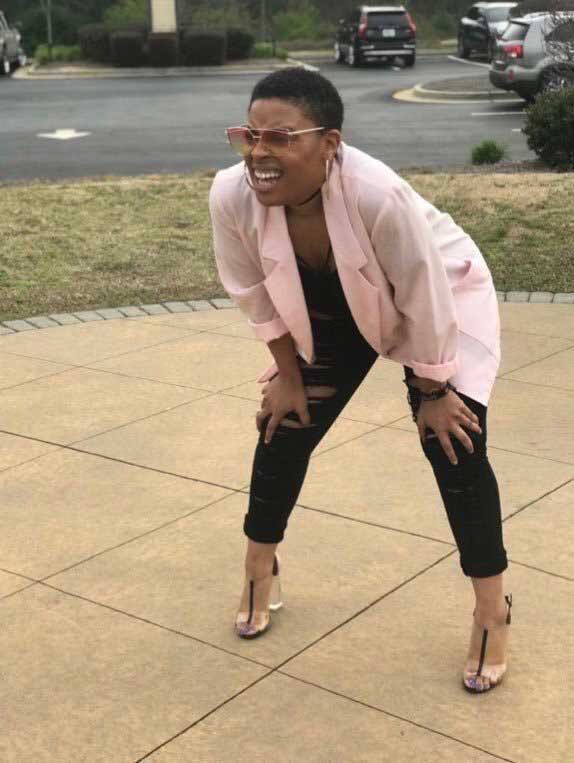 7.
So y’all will stop using straws to save fish but won’t stop eating fish to save fish
mileskaane / Via twitter.com 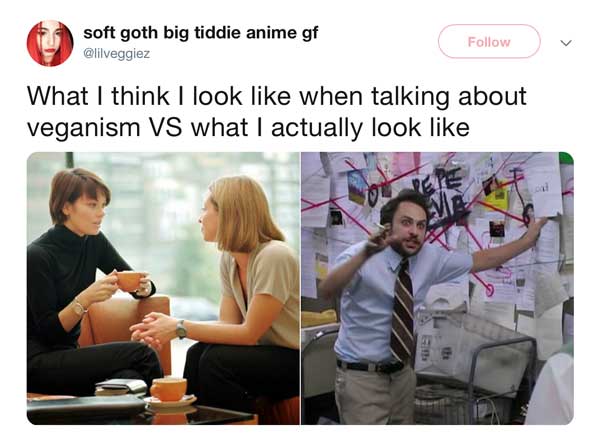 9.
Only went vegan because it’s easier to spell than veterinarian
Skimask95 / Via twitter.com

10.
“if ur a vegan why do u eat so much unhealthy food”
first of all, i hate myself not the animals
emjdv / Via twitter.com

11.
The most annoying “vegan thing” that happens:
When I have a normal snack, like pretzels, and offer it to someone and their response is “Well let’s see how good these *vegan* pretzels are!” They’re the same pretzels you’ve eaten your entire life, Becky.
Joe_Fries / Via twitter.com 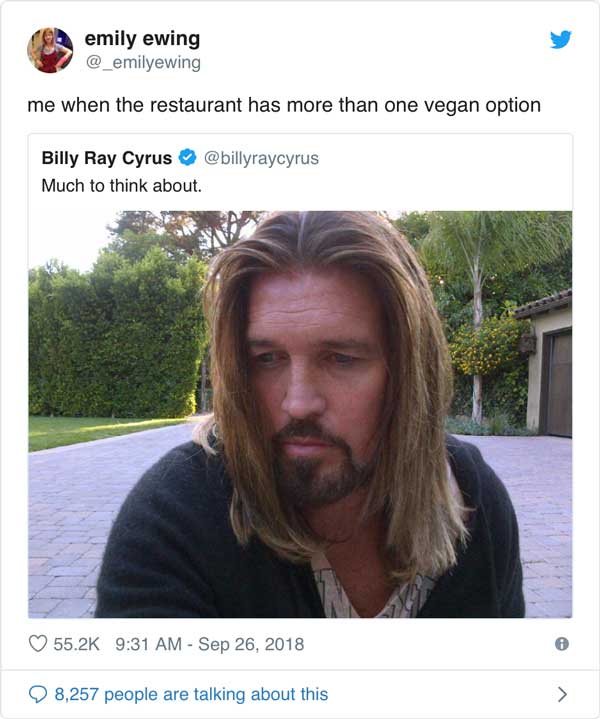 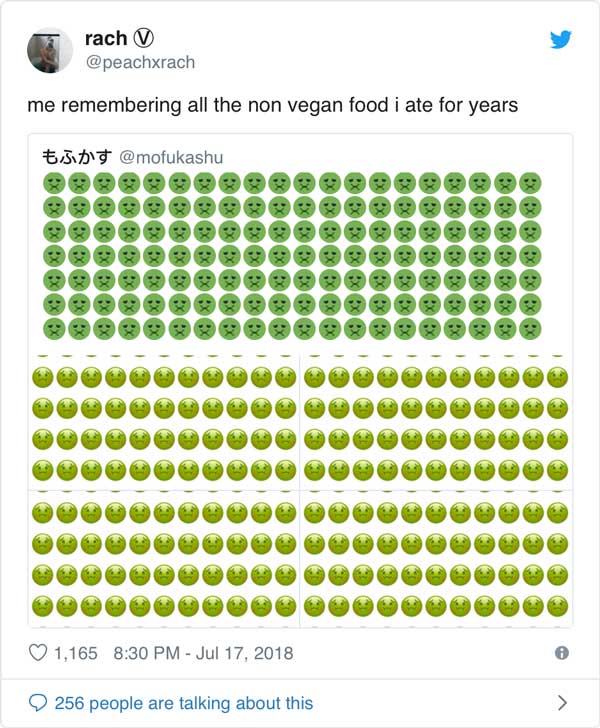 14.
How the fu*k did buying meat from a grocery store and eating it become something that was masculine. Bugs Bunny ate 100% carrots and he laughed in the face of a gun.
mitchysuch / Via twitter.com

15.
me trying to make sure my meal doesn’t include meat, dairy, or eggs without telling the waiter that i’m a vegan 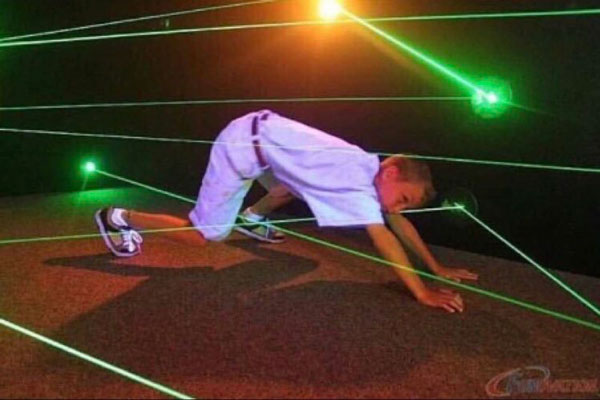 16.
other vegans: this is my dinner! a raw açai bowl with banana, strawberries, literal fairy dust-
me: this is my rice and those are my beans
lmlyskova / Via twitter.com