20 Game Of Thrones Facts That You Probably Didn’t Know 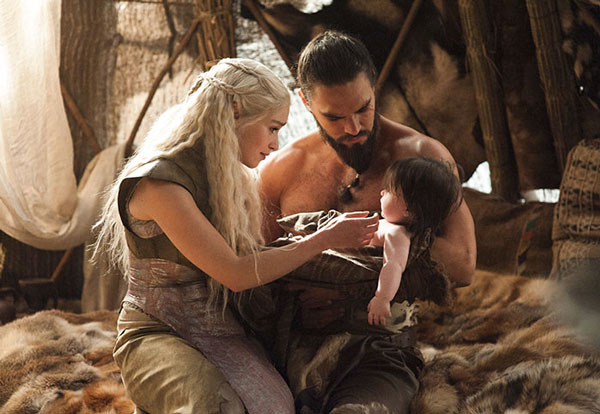 1. When Emilia Clarke first met her on-screen husband Jason Momoa, he screamed “WIFEY!”, ran across the hall, and rugby-tackled her to the floor.

2. Charles Dance found Lord Tywin’s treatment of his son appalling. In fact, so appalling that Dance kept apologizing to Dinklage between takes.

3. Peter Dinklage, who portrays Tyrion Lannister in the show, appears in more episodes than any other cast member. Dinklage is in total of 61 out of 67 episodes.

4. While filming season 7 in Iceland, temperatures sometimes dropped down to -20°F (-28°C). Much of the cast had inadequate thermal underwear. Norwegian actor Kristofer Hivju, who plays Tormund Giantsbane, made sure that all of the cast members got merino wool underwear from Norwegian clothing company Devold.

5. Although Sansa’s direwolf Lady saw an untimely end in season 1, the dog who played the well-behaved beast survived the ordeal. Sophie Turner, the actress who plays Sansa, asked her mom to adopt the pooch after the filming was done and before she knew it, the Mahlek Northern Inuit pup named Zunni found a loving home with the Turner family. While Lady’s life was short, which in unsurprising considering the show we’re talking about, luckily, Zunni had plenty of time to enjoy her doggy days until her alleged passing a year ago.

6. While many characters were given life through a tedious casting (and recasting!) process, only one actor was ever considered for the role of Tyrion Lannister. Peter Dinklage was George R.R. Martin, David Benioff, and D.B. Weiss’s first and only choice for Tywin Lannister’s youngest son. And it was truly meant to be, as Peter Dinklage not only won a variety of awards including Emmy and Golden Globe, but he is forever burned into our minds as the god of wine and…

7. Although Cersei and Tyrion don’t share fond feelings towards each other despite being siblings, the actors behind them, Lena Headey and Peter Dinklage get along just fine. In fact, they get along so well that whenever their shooting schedules line up, Dinklage and Headey share an apartment, drive to the set together, and are frequently seen going to local pubs and restaurants to eat. Also, Dinklage was probably the reason Headey got the role of Cersei, as he recommended her to David Benioff and D.B. Weiss, having previously worked together on other projects.

8. Jack Gleeson, who plays the sadistic and cruel King Joffrey Baratheon (Lannister? Hill?), says that his portrayal of the loathsome boy-king was partly influenced by Joaquin Phoenix’s Commodus in “Gladiator”. The actor revealed that the most notable characteristic that he tried to implement while playing Joffrey was Commodus’ smirk. 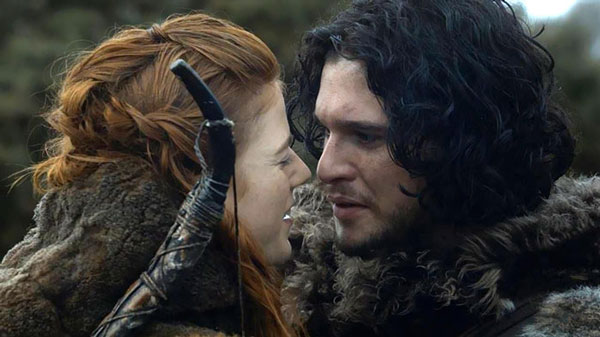 9. Kit Harington and Rose Lesie, cast members who play Jon Snow and Ygritte, were wed to each other on June 23, 2018 in Scotland. They fell in love while playing the dynamic couple on-screen and he popped the question in September of 2017.

10. Gwendoline Christie, who plays Brienne of Tarth, said that the most grueling scene she ever filmed was the fight between her and The Hound. She spent 2 months training, 3-4 days a week with swordmaster C.C. Smiff, just to build up the required stamina for her fight scene.

11. Prior to being cast, Lena Headey, who plays Queen Cersei, and Jerome Flynn, who plays Bronn, were in a relationship that ended on such bad terms that each had a clause inserted into their contracts that they were never to share scenes and must remain apart on set.

12. In the novels, Maester of Castle Black, Aemon Targaryen, is revealed to be completely blind, which is unsurprising as the character is over a hundred years old. So old, in fact, that many even forget that he was a Targaryen. The actor who plays this wise character, Peter Vaughan, was actually partially blind at the time of filming the show. Maester Aemon was also Vaughan’s last role.

13. The man behind the villainous Ramsay Snow -ahem- Bolton, Iwan Rheon, was originally aiming for a completely different role. It was another bastard from the North, Jon Snow. By the end of casting period Rheon and Harington were tied for the role of Jon, however the showrunners ultimately chose Kit. And perhaps for a good reason, as Iwan’s portrayal of Ramsay was truly memorable. 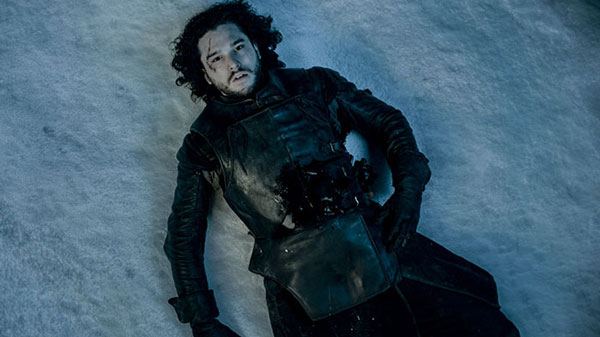 14. “Game of Thrones” definitely has many fans worldwide and it’s no surprise that Barack Obama is one of them. According to the actor who plays Davos Seaworth, Liam Cunningham, after season 5 aired, the former US president approached one of the directors and asked about Jon Snow’s fate. The showrunners also revealed that Obama once asked to see the first episodes of season 6 before everyone else, and they agreed.

15. Queen Cersei was fan-voted as the series’ most hated character. The actress who plays the role, Lena Headey, said that the fans’ hatred for the character often translates to her personally as people at times insult or shun her in real life. While there are plenty of people who adore her and her portrayal of Cersei, Headey reported that during an autograph session at Comic Con, people would snatch their books from her hands to prevent her from signing it.

16. The actor who plays Hot Pie, Ben Hawkey, teamed up with with UK food delivery service Deliveroo to launch his Game of Thrones-inspired bakery, “You Know Nothing John Dough”. They served direwolf loaf for £1.30, inspired by the one Hot Pie baked Arya in the show.

17. While there are some characters played by multiple actors in the series, there is also an actor who played multiple characters. Dean-Charles Chapman played a minor role of Martyn Lannister in Season 3, but was later cast as Tommen Baratheon for later seasons.

18. In sharp contrast to his turn as sadistic Joffrey, everyone on the show describes actor Jack Gleeson as a warm and friendly person. He is also good friends with Sophie Turner, who he often has to antagonize on-screen.

19. It is not a secret that “Game of Thrones” is one of the most expensive TV shows to ever air, with its opening season’s budget reaching an estimated $50–60 million mark. However, as the show progressed, it quickly overthrew the original budget and completely exploded by the time it reached season 6. The sixth season had a mind-boggling budget of over $100 million, a series record, with over $10 million cost per episode. And you can definitely see where that money went. 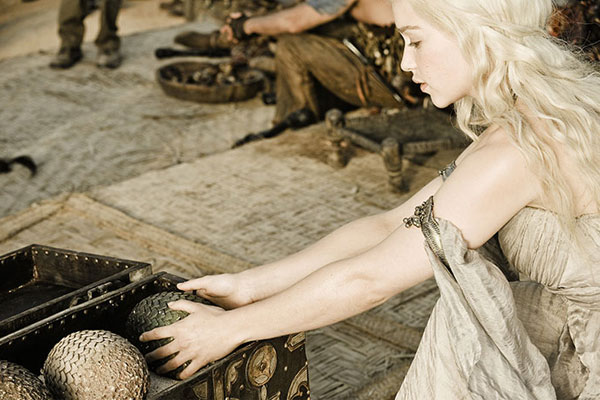 20. With millions of dollars spent per episode, it’s no longer a surprise that everything about the show is expensive. Even the petrified dragon eggs that appear briefly in season 1 before being hatched into majestic beasts are a complete work of art. Worthy enough to serve as a wedding gift to the book author George R. R. Martin as one of the three was gifted to him to celebrate his marriage to a longtime partner Parris McBride.