Well, as long as they're not hurting anyone

1.
I am not allowed to get mad, If I yell, raise my voice, or even sound angry my cat pumpkin will get up from wherever she is and run over. She will then mew gently and grab at my arm with her paws while mewing. She pulls my hands to her head and rubs her head on me trying to get me to calm down. It works though so theres that.
NineBlack / Via reddit.com

2.
My dog has ‘takeaway’ every time she eats. She won’t stand at her bowl. She stuffs her mouth full of dry food and then sits near me wherever I am, spits out all her food and eats it one bit at a time. When she is finished it she repeats it all.
Myopinionsdontcount / Via reddit.com

3.
My cat likes to shower with me. He will sit and drink the water as it runs until i use shower gel, then he will sit on the edge silently judging me for contaminating our lord water.
FortunesFavour / Via reddit.com

4.
I have a giant Maine-coon Siamese mix tomcat. His thing is to bring up laundry from the basement during the night. The weird thing is that he’s pretty good at taking clothes into the right rooms. I don’t know if he does it by smell or what – but it’s pretty normal for me to wake up to a pile of my socks, my daughters some of theirs, etc. He also chirps and meows the entire time he’s making his deliveries – which is pretty funny in and of itself.
reddit.com

5.
My pet rat, Doctor, likes to poop when she is hanging from the bars of her cage and making eye contact with me or my fiancee.
She knows it makes us uncomfortable. She don’t care.
ARTexplains / Via reddit.com

6.
My dog can’t go anywhere without his toy. My girlfriend calls it his “girlfriend”. If we go outside he will bring the little stuffed animal with him and drop it somewhere. If we tell him to “go find your girlfriend” he will search frantically for it until it’s found.
HiIAm / Via reddit.com

7.
My dog can sense when I’m about to fart and will stick his nose near my a*s crack to smell it and then run away in disgust after. I have no idea why he continues to do it when it clearly annoys him
coldjeanz / Via reddit.com

8.
My boyfriends cat loves to snuggle up on people’s chests and then slooowly and veeery gently place her paw (with claws out and toes spread) and just .. place it on their mouth.
Does anyone know what the heck she’s trying to get out of this?
Lilolita / Via reddit.com

9.
My oldest dog Oden likes to lock himself in our rooms and climb out the windows onto our roof. Take a look its hilarious 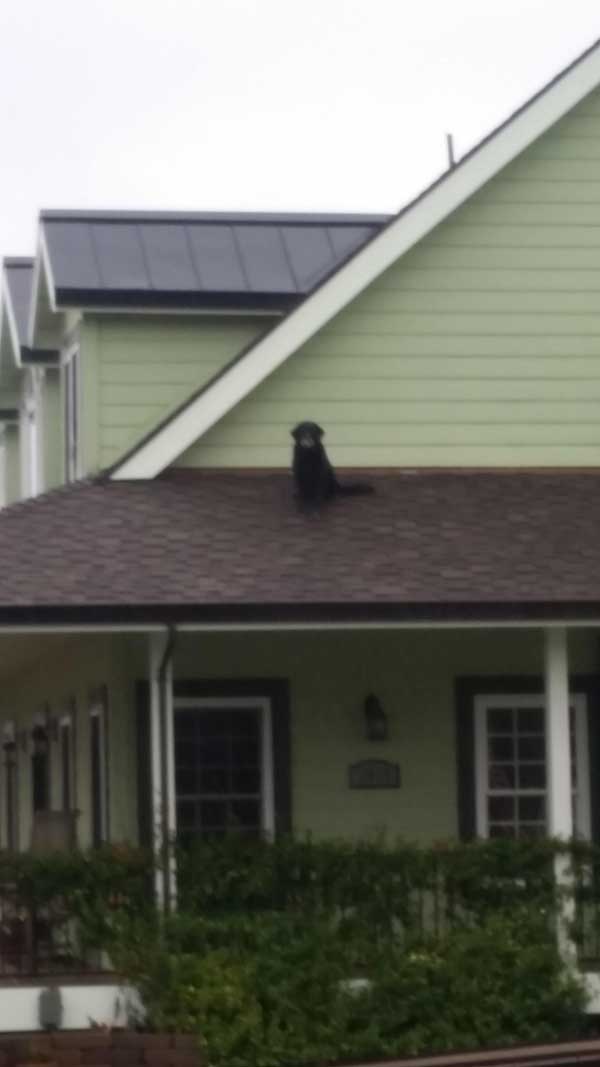 10.
We have a Great Dane/greyhound mix named Keelah who, on occasion, absolutely must sniff my boyfriend’s belly button. I’ve never seen a dog get so derpy about it before. She’ll jump up and put her paws on his shoulder and stick her nose in his stomach until he gives in and pulls his shirt up so she can sniff. She’s really, really weird.
girlpeeg / Via reddit.com

11.
My lardass cat has this weird cake infatuation. (Ha ha I know). Not to eat. She likes to lay on them. I can’t count how many cooling cakes I had to throw out because she decided to take a nap on them. I have to hide them somewhere to cool and frost. I also had to buy a solid cake saver because she would lay on my old one and crush the lid into the cake.

My favorite was when my son turned one, we had the unwrapped cake sitting on the counter waiting for cake time, and she tried to lay in it. When I came in to get it all the frosting is pulled off in the center and one pissed off frosting covered cat under my bed.
Yet she still does it.
maddomesticscientist / Via reddit.com

12.
Our cat pulls my dresser drawer open and sleeps in the socks after he arranges them into a cozy “cat bed” for himself.
Back2Bach / Via reddit.com

13.
Our golden retriever has 3 comfort blankets that he folds and carries around with him.
Grandbarmy / Via reddit.com

14.
My dog likes to sit in the bathtub during the summer, most likely because it’s cooler than the floor or her bed. Totally harmless unless you’re going to the bathroom in the middle of the night and think there’s a killer in your shower. 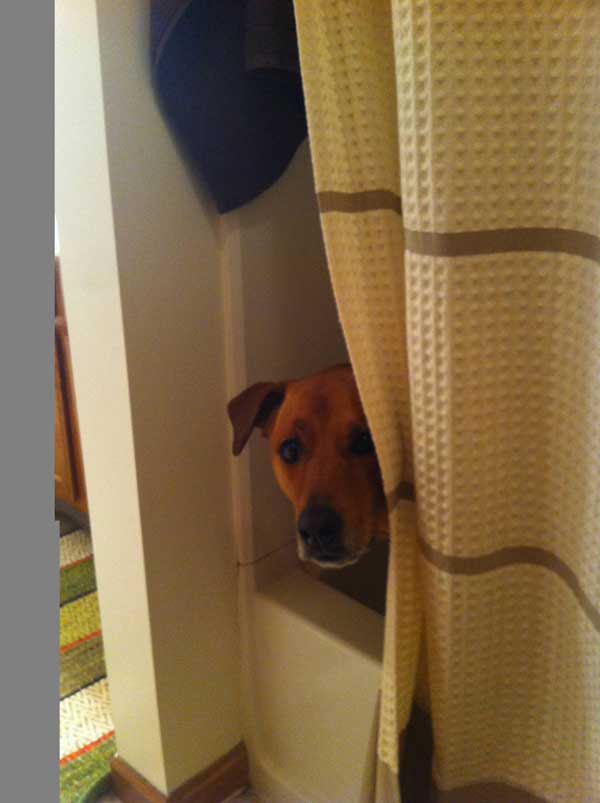 15.
Growing up, we had a chocolate lab named Kody. Kody had a few oddities and idiosyncrasies about him.

My parents are beer drinkers, and Kody would learn how to open each and every cooler we ever had so that he could eat all of the ice. That dog LOVED ice, he would eat it until he had what we called “brain freezers” or these mini little seizures (he was fine, but it was a weird habit).

Another time, Kody was out pooping in the yard and we saw a bunch of cloth coming out of his butt. Turns out, it was an ace bandage that had to be surgically removed. Upon opening his stomach they found a silver dollar, a few bobby pins, the ace bandage and a billiards cue ball. Now, here’s the kicker- we didn’t own a pool table, and our closest neighbor was 5 miles away, who also did not own a pool table. We never did find out where he got that cue ball from. He lived to be 15 years old and passed away peacefully two years ago. Miss you, buddy.
reddit.com 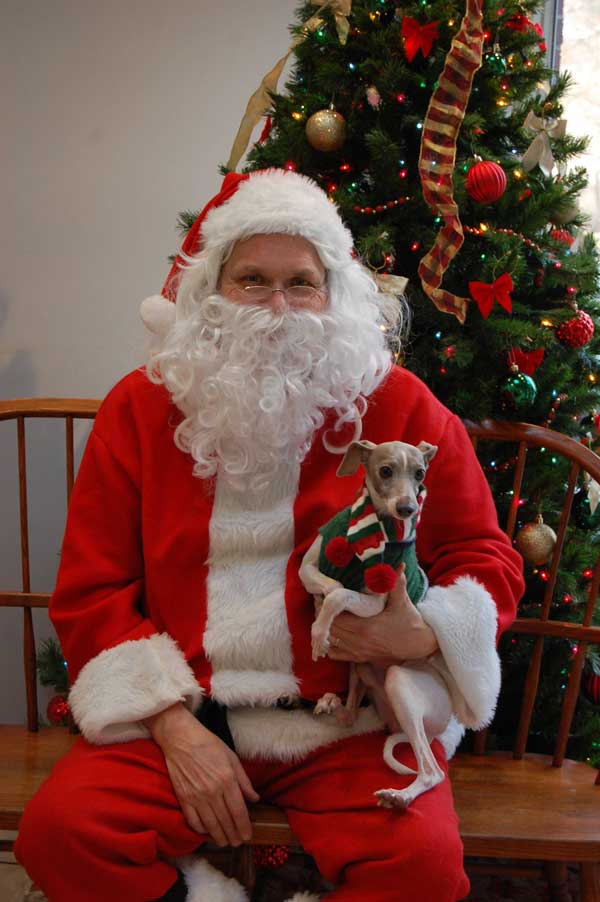 Ah-ha, it’s Carlisle time! Carlisle is my mentally retarded dog in a very literal sense; he has epilepsy and after seven years of seizures, there’s not a lot going on in there. He was rescued from an extreme neglect/hoarding case and he is now a spoiled, completely mindless little gnome of stupid whimsy. He’s also on about 45 mg phenobarb for the epilepsy every day, so he’s also sort of high all the time.

He was once scratching his face with his back leg, yawned, and got his foot caught in his mouth. He needed help getting it out.

He once chased a rabbit, cornered it, forgot what he was doing, and then got attacked by the rabbit (which probably felt this was its very last defense). He now fears rabbits. I have a rabbit in the house. He will not go near her.

He sometimes gets confused while drinking water and urinates in the water bowl.

He sometimes gets caught in “loops” of compulsive behaviors. His most common looping behavior is digging. Unless you reorient him he will sit on his haunches and dig with his front legs pretty much for hours.

Once he got his collar caught on a knob on the dresser and sat there getting slightly choked until I found him. (We had to remove the knobs from the dresser for his safety.)

He has climbed onto the coffee table and shat into a flower pot (presumably because it had soil and he thought he was outside). We can no longer have indoor plants, not even if they’re as small as a coffee can, because he will sh*t in them.

He gets scared by the pictures of a dogs on the wall in an exam room at the vet’s. We have to request rooms with diagrams.

He goes to sleep if you put a blanket over him like a bird.

He sometimes tears holes through sheets and then sticks his head through and just walks around with it like a robe. Every single sheet and blanket in the house has at least one Carlisle hole.
If the other dog leaves the house he [howls] until the other dog returns. It’s really pathetic, even for him.

As for the non-Carlisle pets of my house, my rabbit and my cat are pair-bonded, which is pretty adorable. The cat likes to bat the rabbit’s ears. The rabbit doesn’t care. She just sort of blobs into a puddle of disapproval.
IAlbatross / Via reddit.com