18 Pictures Of Students Who Actually Deserve A Break

1. This person who didn’t completely finish an e-mail to their professor 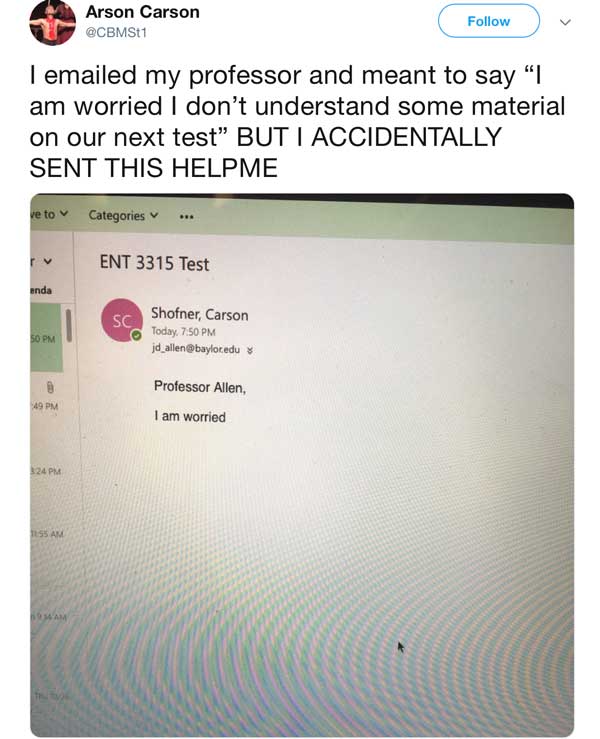 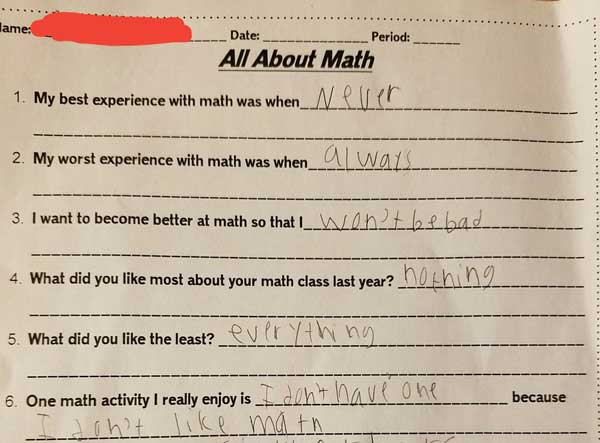 3. This student who forgets their class so often, that their teacher made a public sign for them 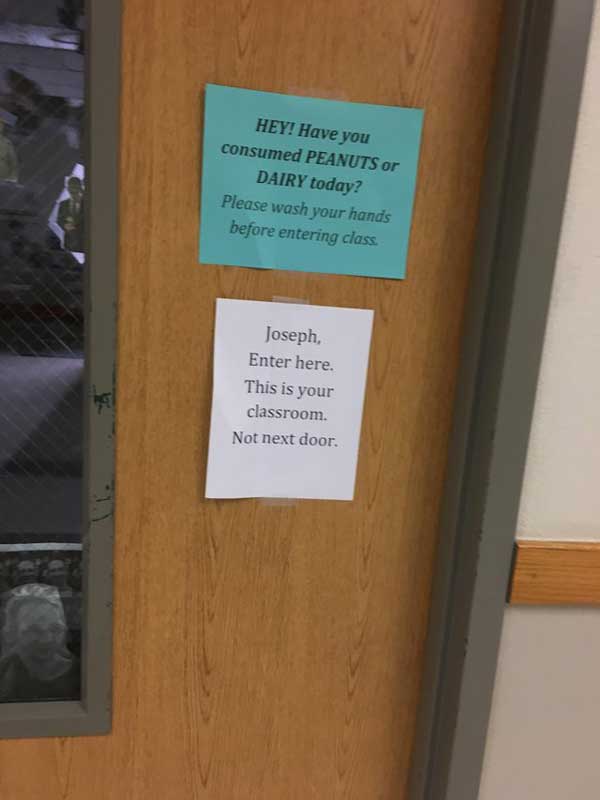 4. This student who had to sit through this class 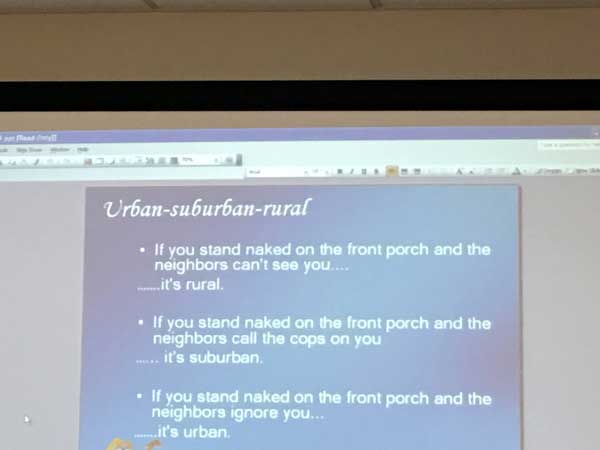 5. This student who just wanted to finish a group assignment 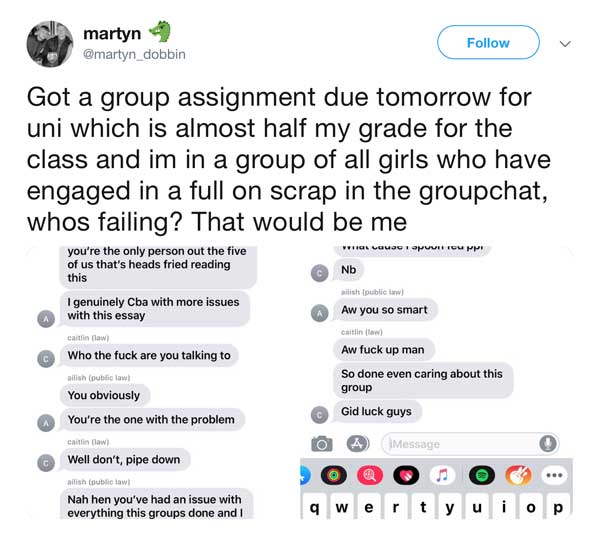 6. This student who spilled a drink right before class 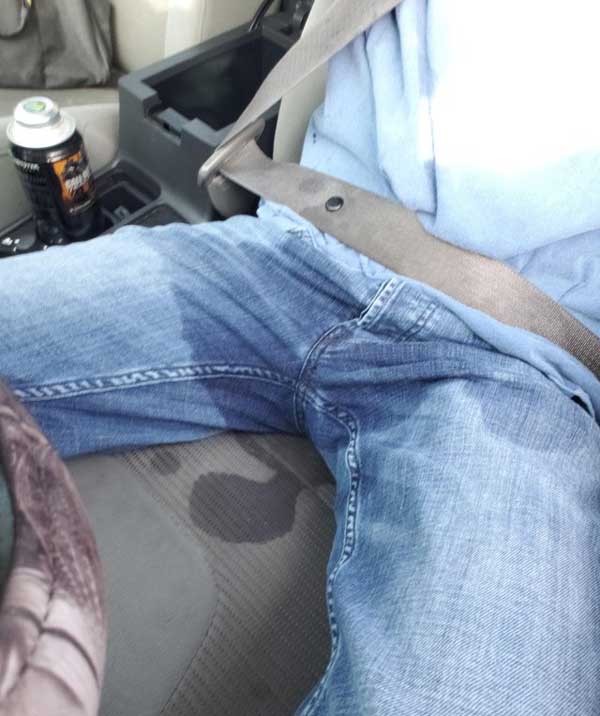 My Monster exploded on my lap in the car and is all sticky. I went into school looking like I peed myself. How was your morning?
Connems_rc / Via reddit.com

7. Ripped my pants in class and had to wait out the next 2 hours like this… 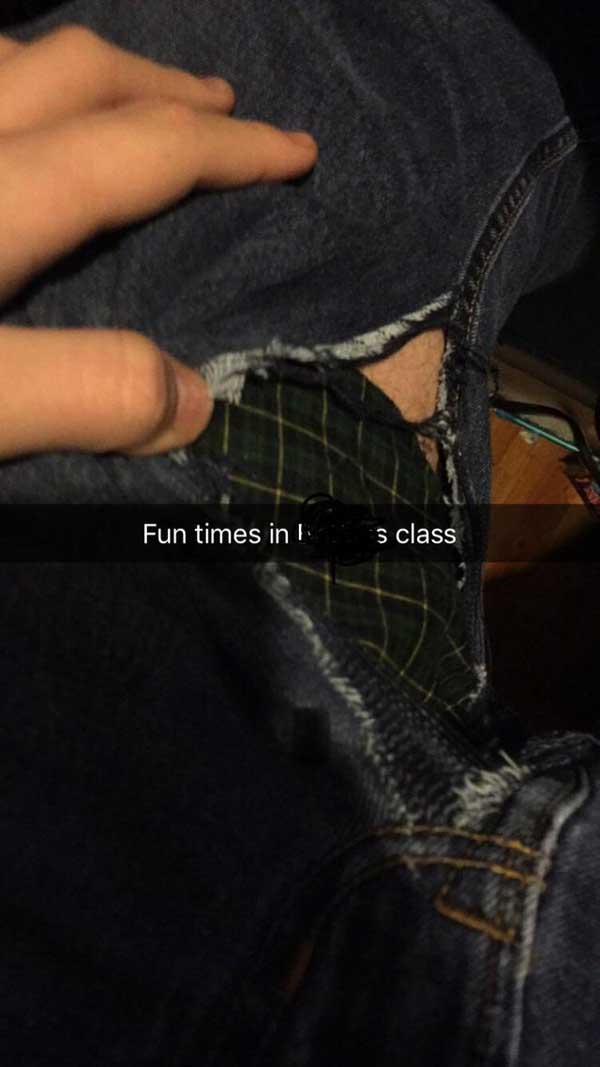 8. This student who has to FaceTime their teacher whenever they leave the room 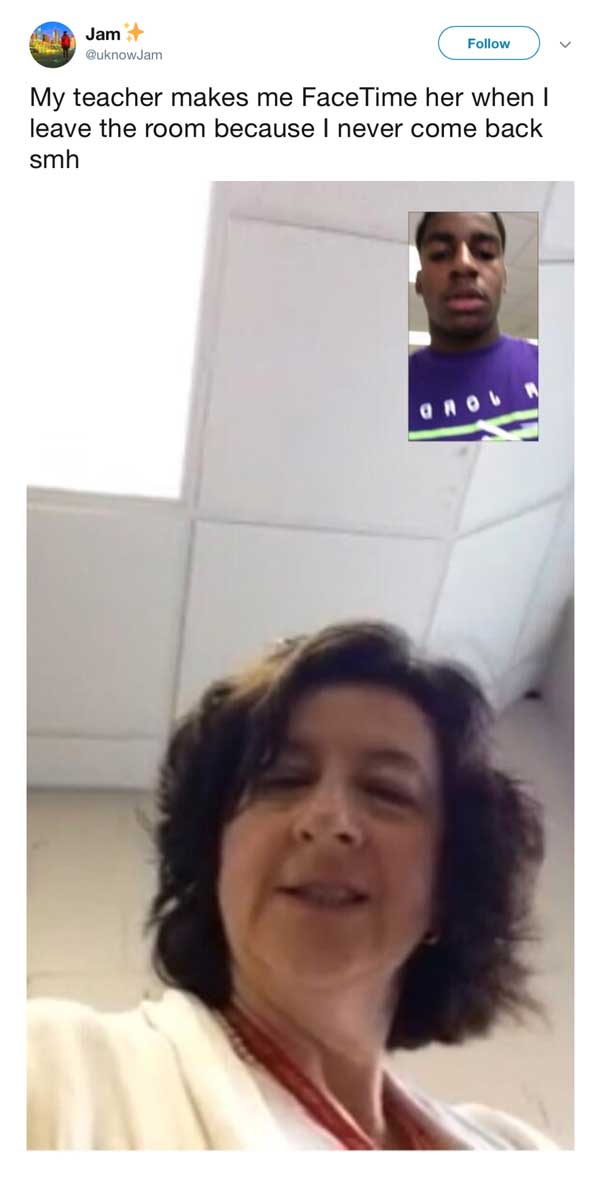 9. This person who hates leaving their dog every morning for multiple hours a day 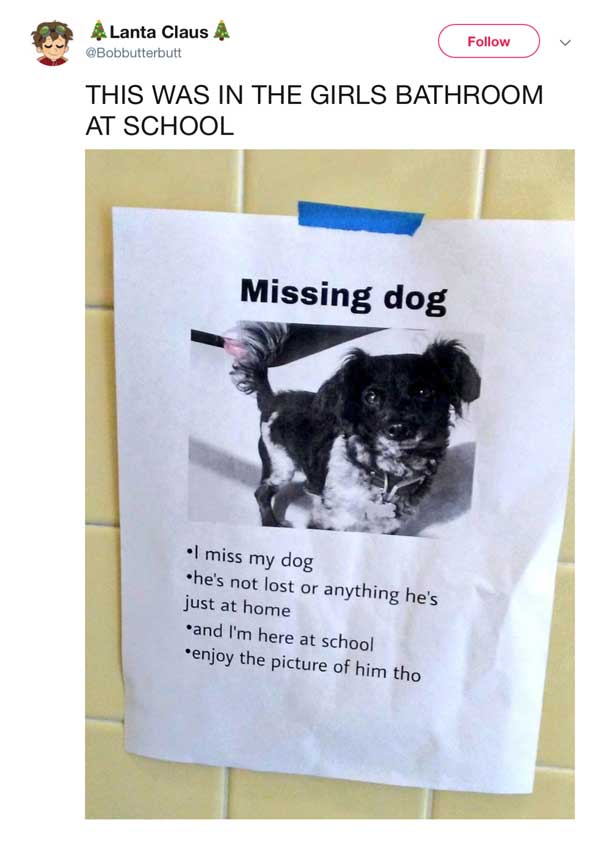 10. This student who risked 35% of their grade because they didn’t proof read 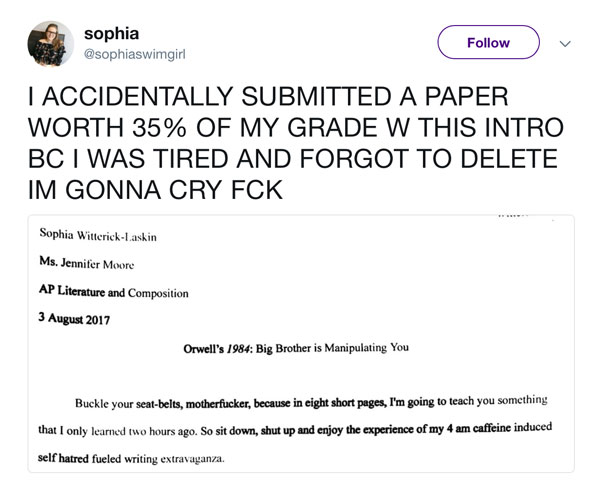 11. The students who got this sent to them by their teacher via AirDrop 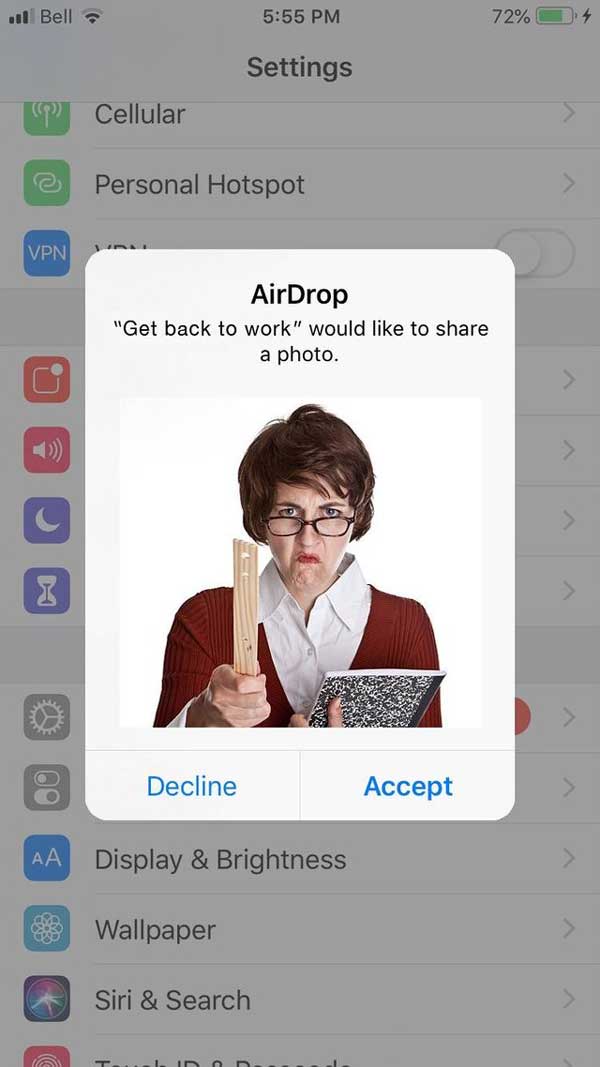 I’m a teacher. Today I changed the name of my phone and AirDropped this to students whose phones were visible during class.
WaltWhitesHat / Via reddit.com

12. This student who couldn’t give a heck about haikus 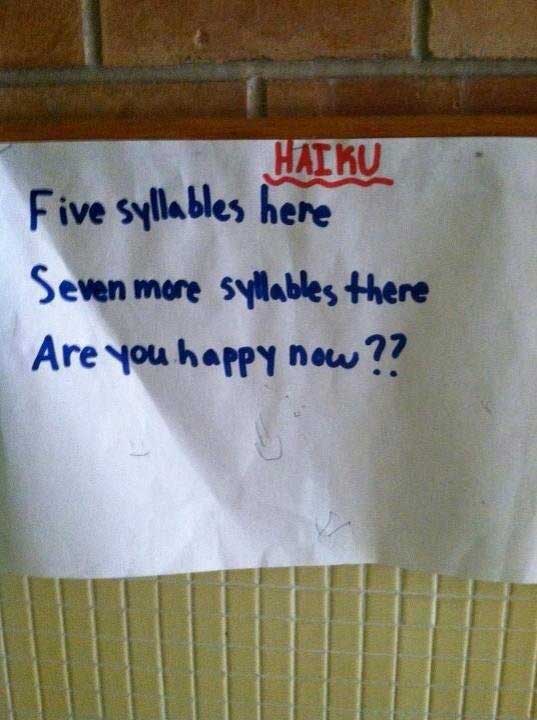 13. This student who just wanted to take a seat 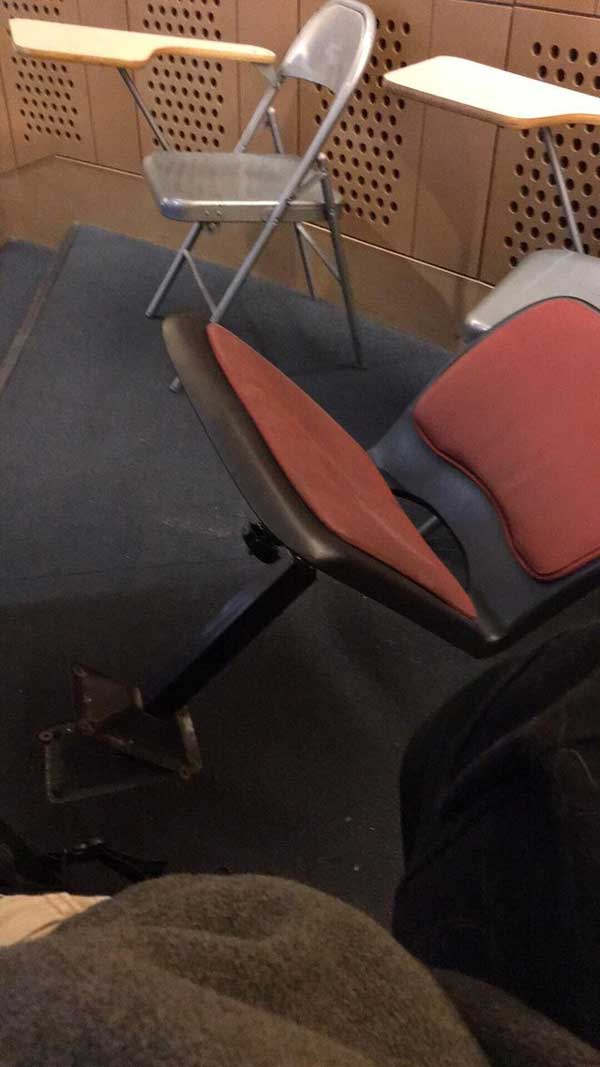 14. This student who was supposed to build chairs out of cardboard for a school project 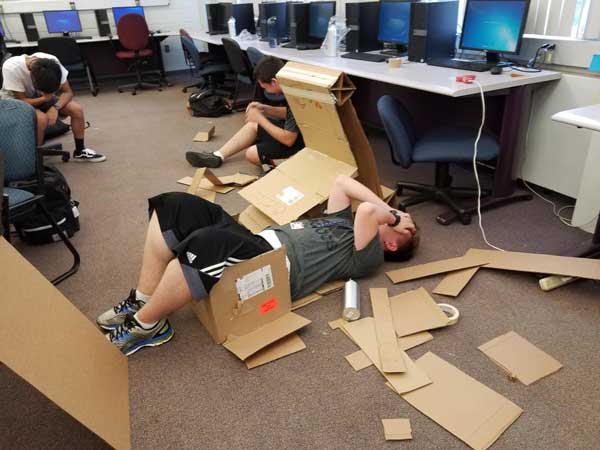 We had a project in our class where we were supposed to build chairs out of cardboard; this was the result of the first test of one of the groups
TheGoogolplex / Via reddit.com

15. This student who forgot their professor’s name

16. The vegetarian students at this college 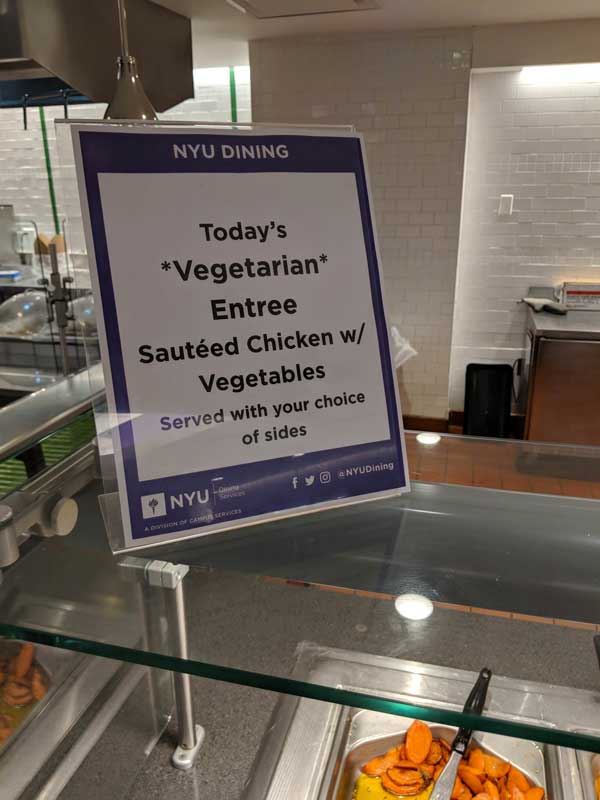 17. I got this from my school lunch today 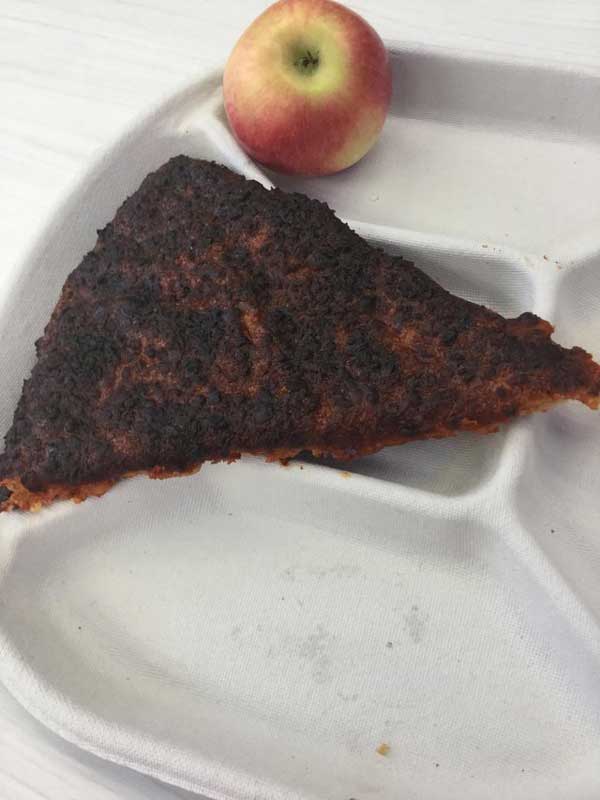 18. This student who go trapped in the school restroom 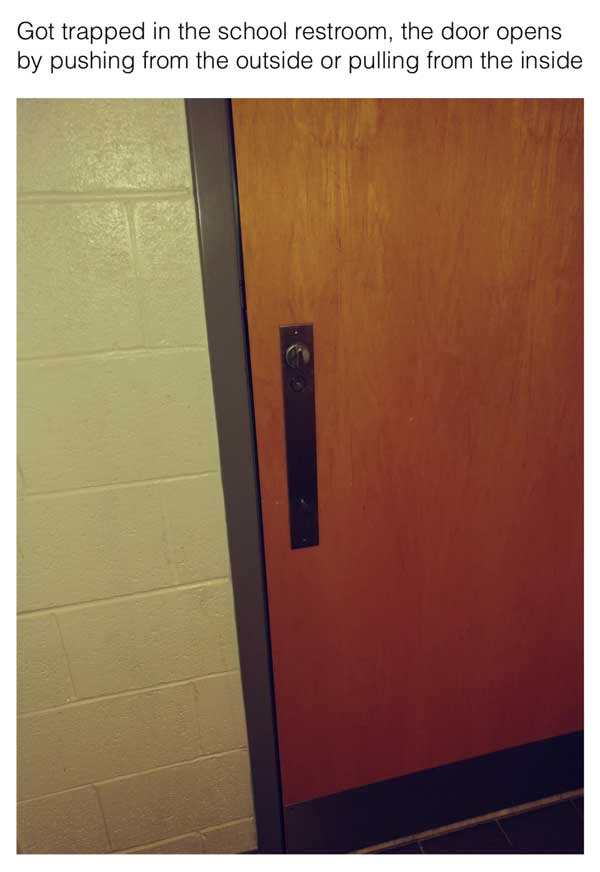