1.
The truest sign of age is when you’re asked what you want for the holidays and you honestly respond “I could always use more socks.”
behindyourback / Via twitter.com

2.
I’ve never lied to anyone else as baldly as when I just said to myself: “Maybe some fun new socks will cheer me up!”
joshgondelman / Via twitter.com

4.
I don’t trust kids. why would I ever trust somebody who doesn’t want socks for Christmas
jonnysun / Via twitter.com

5.
Purgatory is stepping in water in the kitchen but feeling too lazy to get another pair of socks
danielhowell / Via twitter.com

6.
There’s a girl in barre class who won’t wear socks even though it’s mandatory, I am certain she hates vaccinations too
mindykaling / Via twitter.com 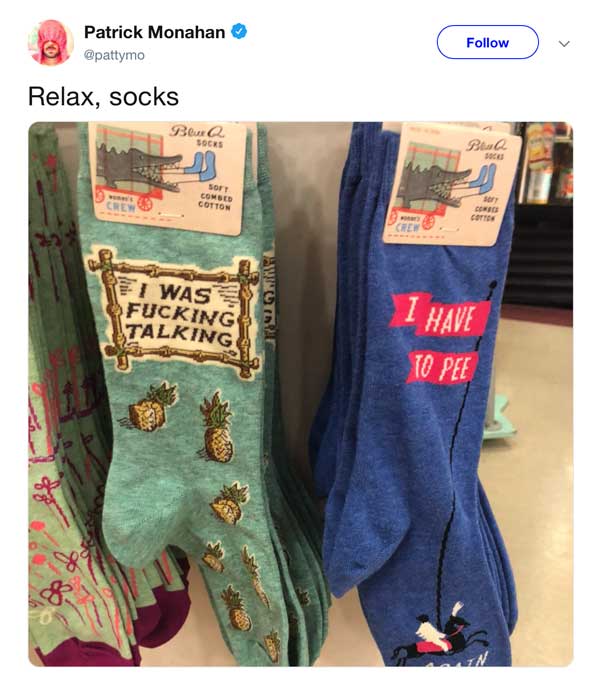 8.
YES I sleep in my socks
if the monster under my bed wants to see these precious little feets then he’s gonna have to Venmo me just like everyone else
verybestof_me / Via twitter.com 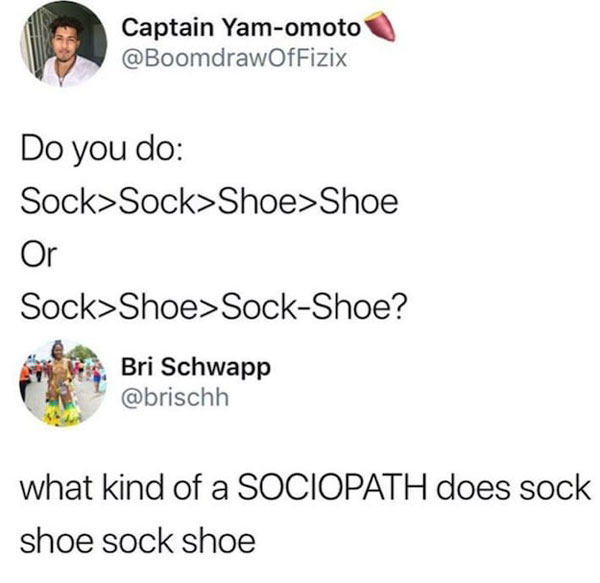 11.
MY PARENTS AT 33: “With a third child on the way, we should move into a house with more room, even if we both have to get second jobs to afford it.”

ME AT 33: “I’m cold, but I don’t really feel like putting on socks.”
MikeDrucker / Via twitter.com

12.
A sock I thought I lost in the laundry just fell out of me in the TSA body scan. It’s not much, but it’s something.
aparnapkin / Via twitter.com

13.
I had this signal in college: if there was a sock on the door, it meant I forgot how to put on socks
meganamram / Via twitter.com

14.
friend from high school: i am married and own a house & summer home
me: i ordered a 24-pack of socks from amazon to do laundry less often
bobvulfov / Via twitter.com

How Many Followers Does Buddhism Have?
21 Dogs Who Were Caught At The Most Unexpected Moment
What is your most embarrassing food moment?
16 Kids Who Are So Smart You’ll Kinda Hate Them