14 Autocorrect Fails That Are Way Funnier Than They Should Be

Autocorrect is not your friend.

1. This guy who had his relationship tested 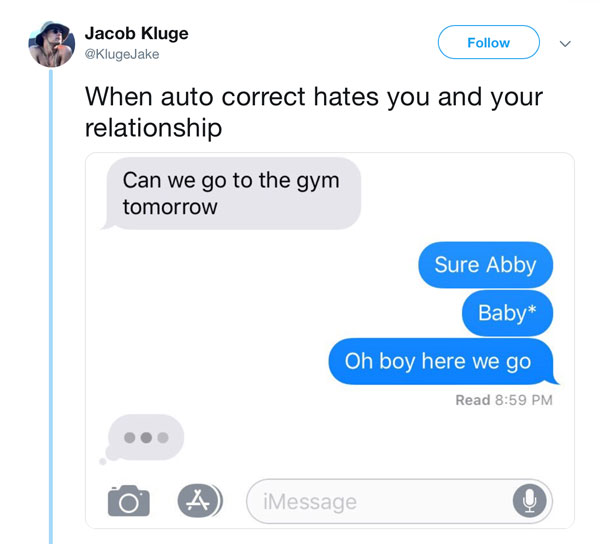 2. This texter who didn’t mean to be so vicious 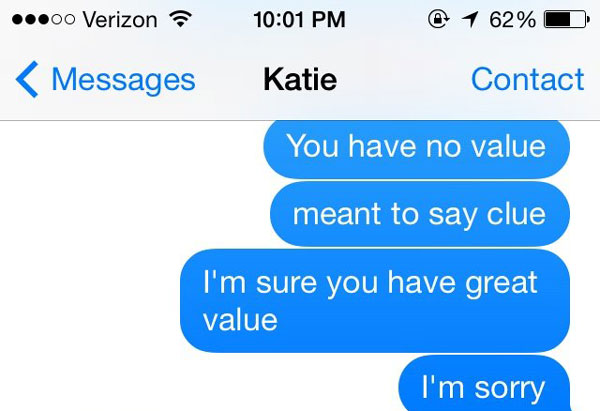 3. This sister who really messed up 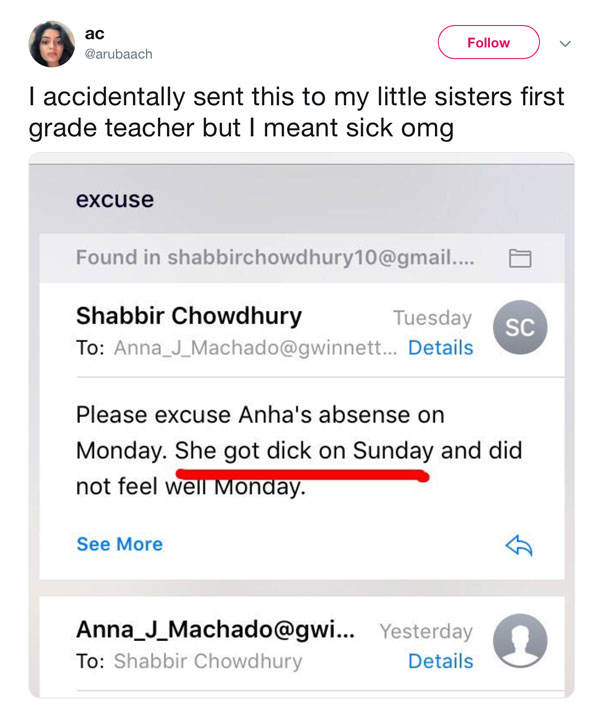 4. Her autocorrect fail actually got me some action… 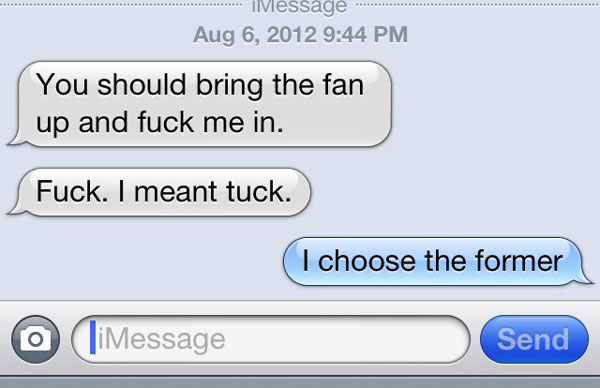 5. This dad who failed at his first attempt

6. And this mum whose phone made an unfortunate correction 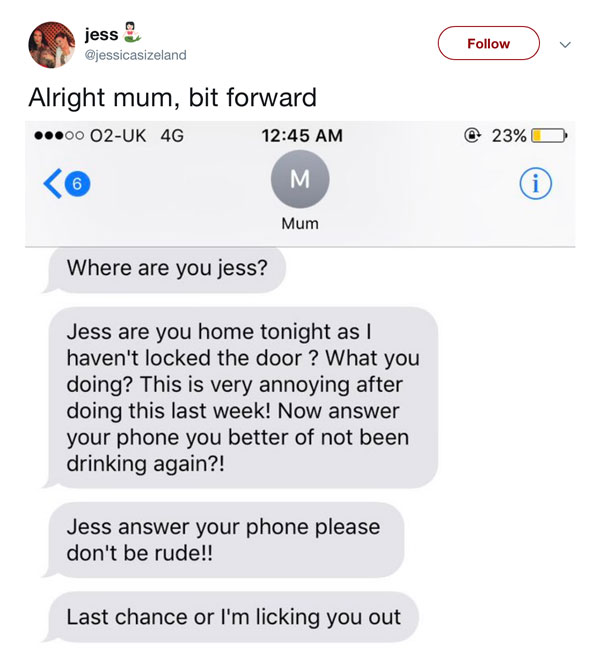 7. This person who had an unexpected appointment 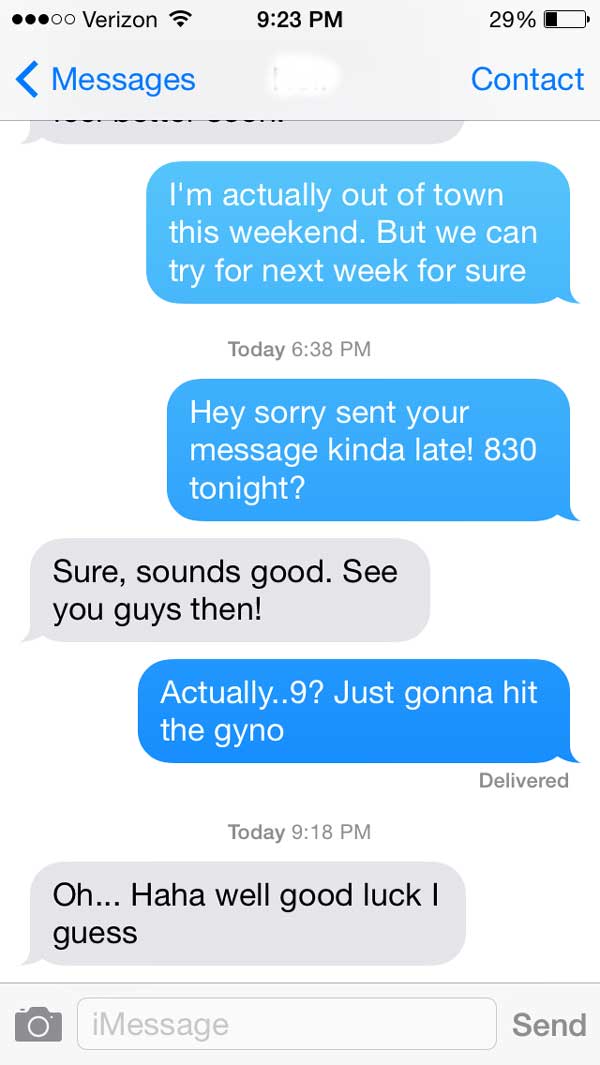 8. This person who pranked her co-worker 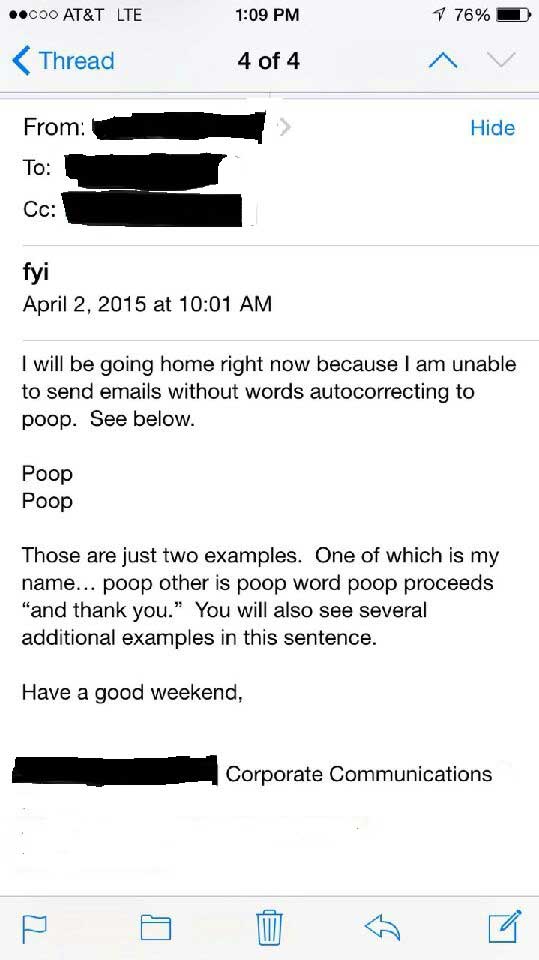 9. This guy who changed the autocorrect settings 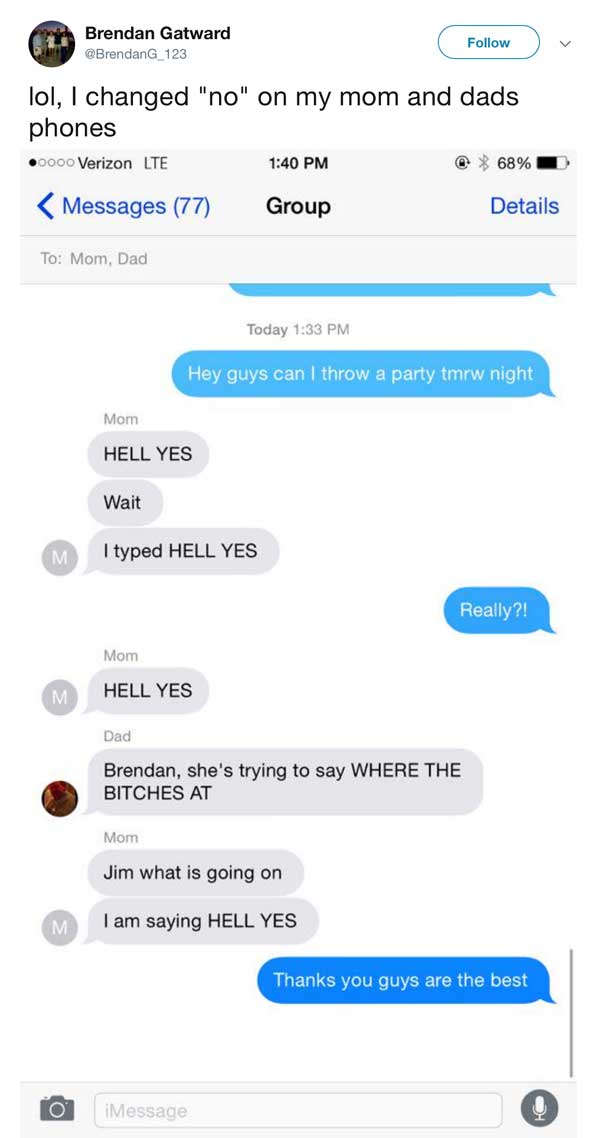 10. And this person who went one step further 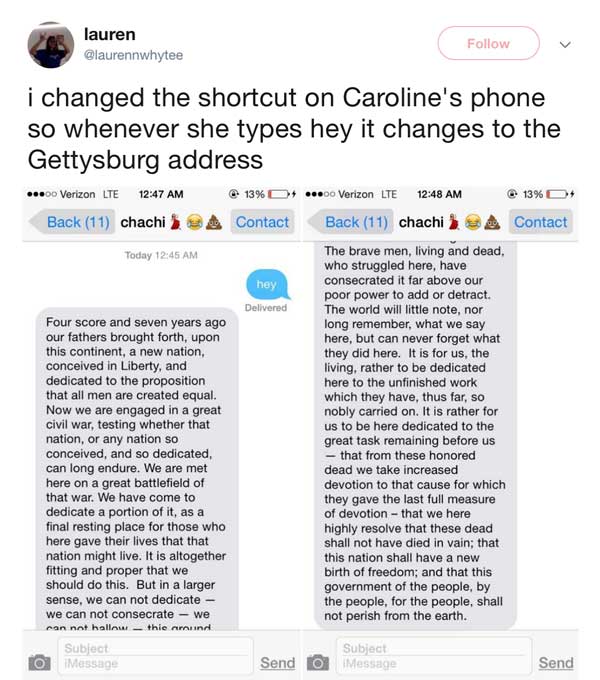 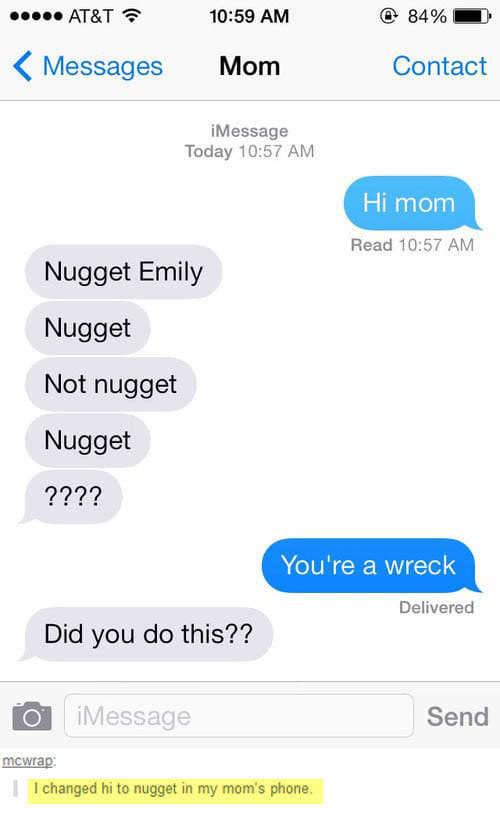 12. This guy whose threat fell flat 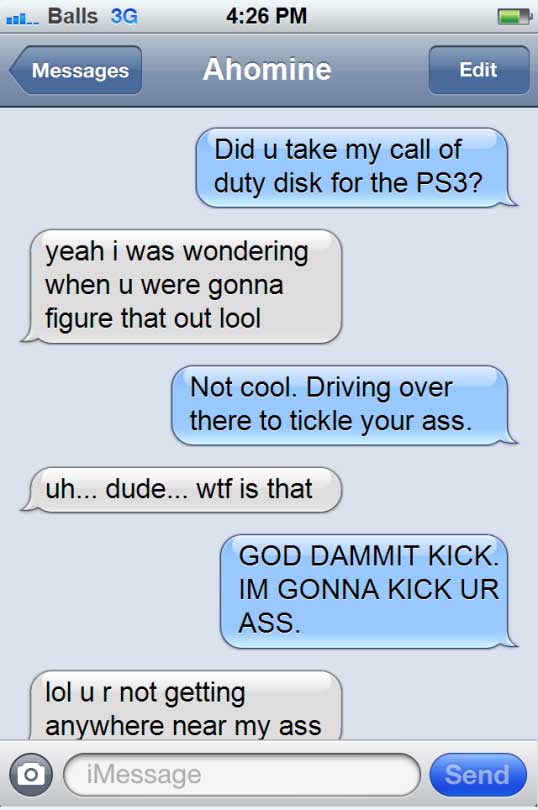 13. This grandma who at least tried 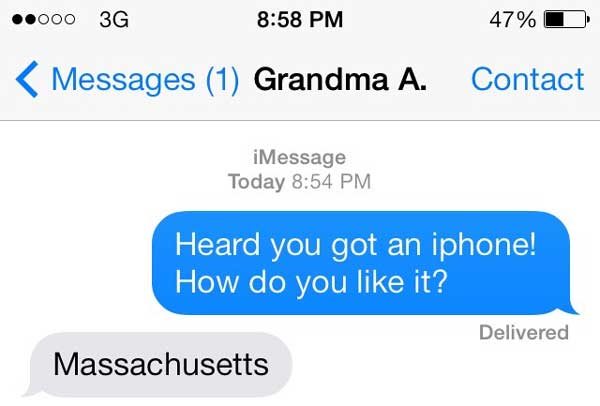 14. And this person whose mistake resulted in an unfortunate mix up 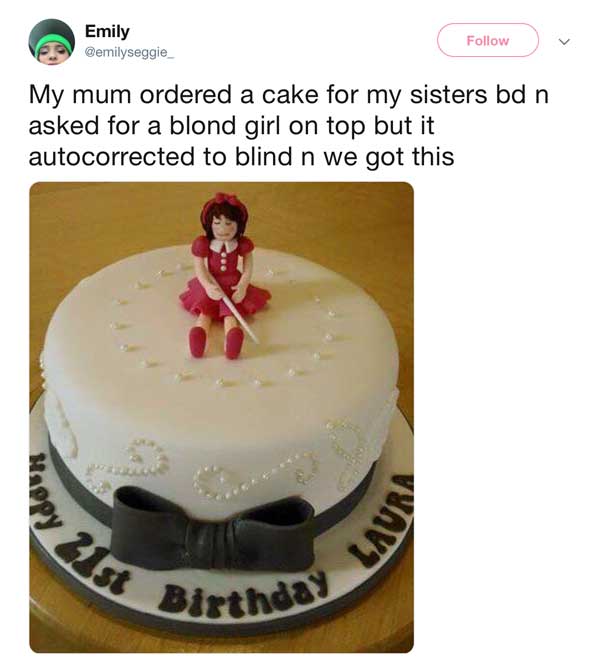