While there’s no doubt that children are honest and pure, it turns out they have a dark and mysterious side to them too.

1.
When my daughter was 2, I was giving her a bath & sighed deeply, frustrated with the 2 year battle of ANY water touching her face = a full-blown meltdown. She looked up at me & said:

“I just scared, mommy, I drownded last time I was alive” & went back to playing with bath toys
tweetheartsue / Via twitter.com

2.
Same thing happened w/ my son. His imaginary friend’s name was Jon. My brother Jon died 2 years before my son was born. I had pictures of Jon, and I said one time to my son “he would have loved you”, and my kid said “oh he does, and he misses you”. I cried in the closet.
jrw3780 / Via twitter.com

3.
When my nephew was three, he told us about a dog that was at the foot of his bed, I guess, protecting him…he described my family dog that we had to put down the spring before he was born which he’d never seen pics of.
LtScrappy / Via twitter.com

4.
years ago my baby brother passed away and 9 months later i had a little sister born prematurely. when she was about 4 one day she told my mom “i’m glad to be with you guys again…god took me away cuz i was very sick but that made you really sad. so he told me i could come back.”
tranquiliTwav / Via twitter.com

5.
When my niece was four, looking at a picture of the Eiffel Tower, said “i can never go there. That’s where they cut my head off.”
MLV3 / Via twitter.com

6.
When I was little I saw an old lady watching me sleep and my mom thought I was nuts. Found a photo album as an adult with an old yellowing photo from 1910- she was my great great grandmother, and instantly recognized her as the lady who watched me sleep
katehasablog / Via twitter.com

7.
Whilst my mum was pregnant, there were extreme complications. she was told she the baby would probably die.
then my dog (shadey) died suddenly and miraculously the complications went away. my mum gave birth to a healthy baby girl and as a toddler she told us she could see shadey.
httptxsha / Via twitter.com

8.
From the time my brother could talk he would have full conversations when he was in his room alone. one night my dad was in the hallway listening (out of my brother’s sight) & as soon as my dad was about to walk in my brother said, “no wait, where are you going?”
sanchez_riley / Via twitter.com

9.
My nephew when aged 2 told us about when he was “a fighting man in Botswana”. We gave him a globe and he pointed at it…..”I lived there”.
timmydrums72 / Via twitter.com

10.
Also, when I was 10 I saw my granddad who lived 2k mi. away in the doorway of my room for a split second. Next day I got in the car after school and before Mom could say a word, I blurted out “someone’s dead.”
Granddad had passed in the night.
Haven’t thought abt this in years.
Naamah_Darling / Via twitter.com

11.
While tucking in my son he casually told me he lived a life a long time ago where his name was Gerald and he had a brother Cole who was also his business partner and they died together in a car crash so plz join me in not sleeping at all tonight lol

SON: Cole was so sad we died cuz he really loved our momma but I wasn’t too sad cuz I picked you to be my new momma 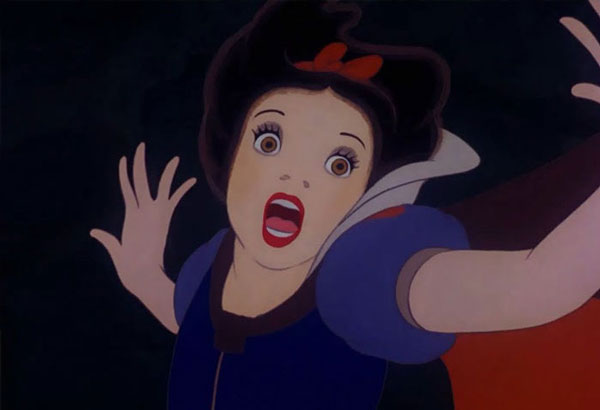 12.
When I was a toddler I was watching Mary Poppins with my Nan and I apparently turned to her and said “I watched this with you when you were a little girl too” and she asked what my name was and I told her Maud, my nans Grandmothers name…everyone was freaked out lol
narrpip / Via twitter.com

13.
My son went to my ex mother-in-law’s house for Christmas when he was three. He came back and said “I saw Grandpa! No one could see him but me, but he was happy!”

His grandpa died a few months before I got pregnant with him. Lights stayed on that night.
MegNumbers / Via twitter.com

14.
When I was younger I had full blown panic attacks if I ever saw a volcano on TV. I would tell my mom how I was a little girl and died with my brother and family when dust came out of a mountain and burned out chests so we’re all convinced I died in pompeii
sugarghosts / Via twitter.com

15.
My 3 year old will often talk about her friend George, and how he wears fun hats and likes to blow bubbles. That is her great grandpa. He died a full decade before she was born. She happens to share his birthday.
WadeGoodell / Via twitter.com

16.
Ok chills and shivers now! When my uncle was a young child, he was “taken over” for about an hour by his dead grandma, he spoke Italian (didn’t know more than a couple words IRL)in her dialect and addressed dead relatives. He swore he never remembered a thing thru his dying day.
DebbyLinnell / Via twitter.com

17.
When I was younger I used to have dreams of my loved ones passing away. The crazy part…. every family member I had a dream about eventually died the way I described it 6mths-1yr later…. My parents took me to a therapist after the 3rd Family Member Lol
MiMiLaBee / Via twitter.com

18.
When my son was barely 2 years old, and still couldn’t form sentences, he was using words like “bombs, explosions, ears ringing” which we wouldn’t have been teaching him or he wouldn’t have seen any where. He also likes music from the ww2 period. Weird…
Daralin96 / Via twitter.com

19.
I remember when I was about 4 I would sing this song to help me go to sleep. Much later on in life, I heard the song in the background of a VHS and asked my mom about it, apparently it was a song my grandmother wrote like 20 years before I was born. She died 6 years b4 I was born
jackjackwilds / Via twitter.com

20.
My cousin who works at a bank once took her sons to work. as they were waiting, one of them randomly said to the lady sitting next to him that she was under arrest and has the right to remain silent. within a month that same person was arrested for stealing millions from the bank
marahjoanna / Via twitter.com