#1 For months I’ve asked for someone to draw a kitty on my pizza box. Today, I finally got it. I am definitely amused! 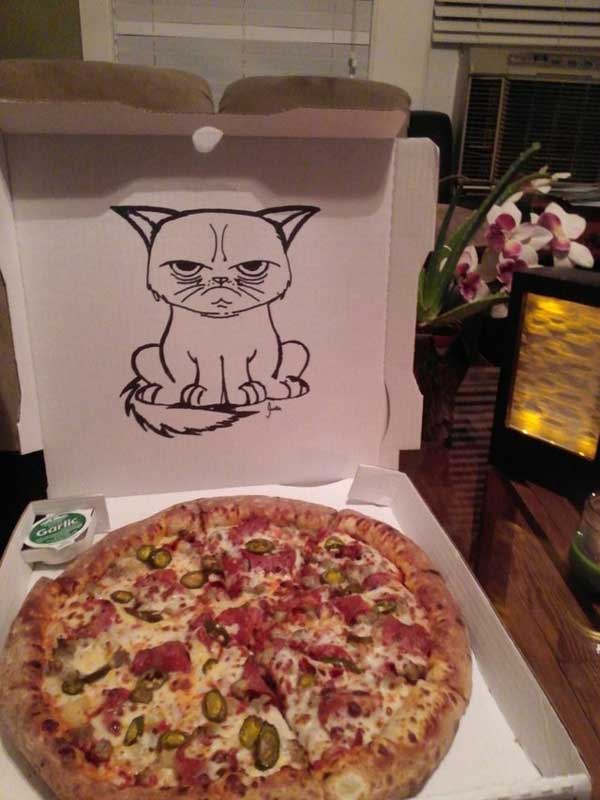 #2 Maybe I should call Pizza Hut and get them fired… 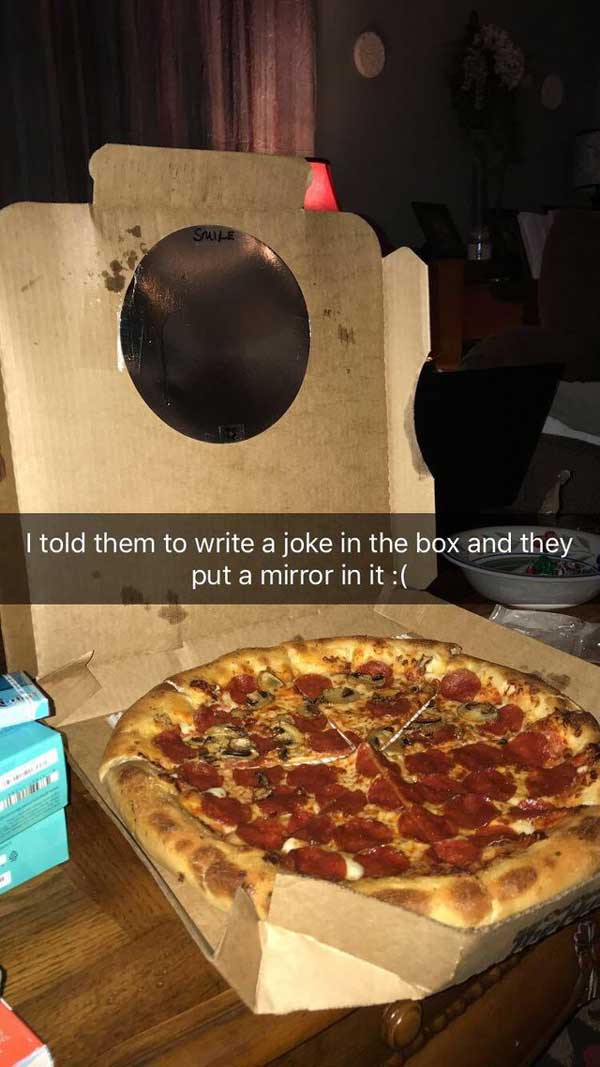 #3 Ordered a pizza and asked them to draw a giraffe. They nailed it. 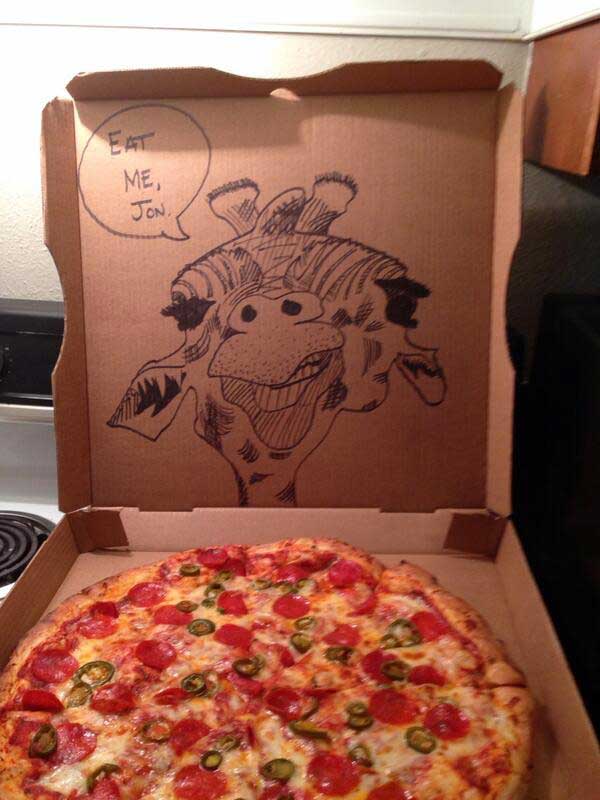 #4 Buddy of mine asked the pizza place for a joke in the box. This is what he got. 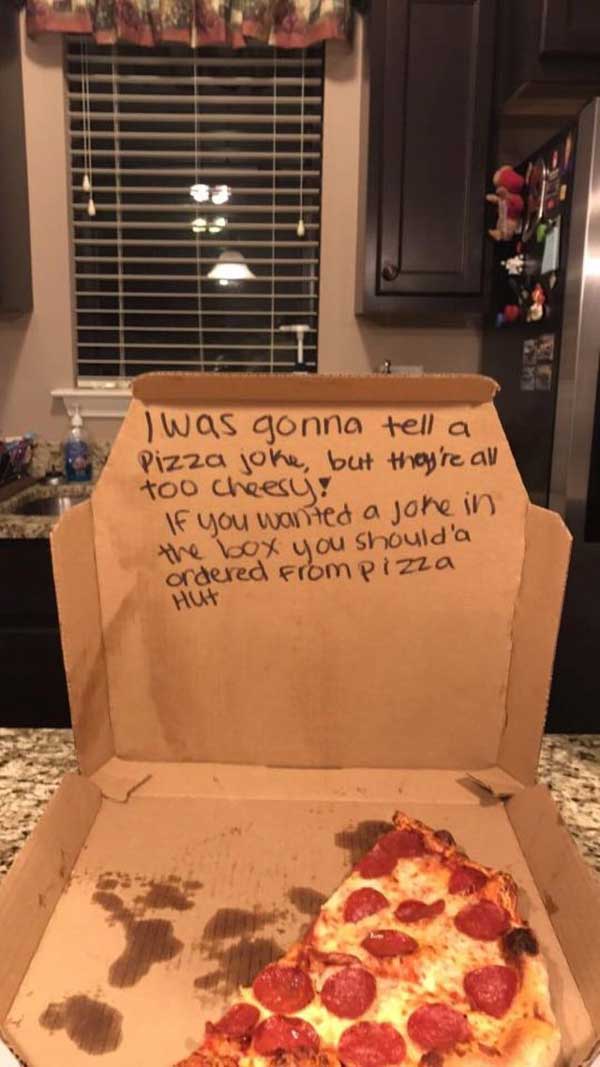 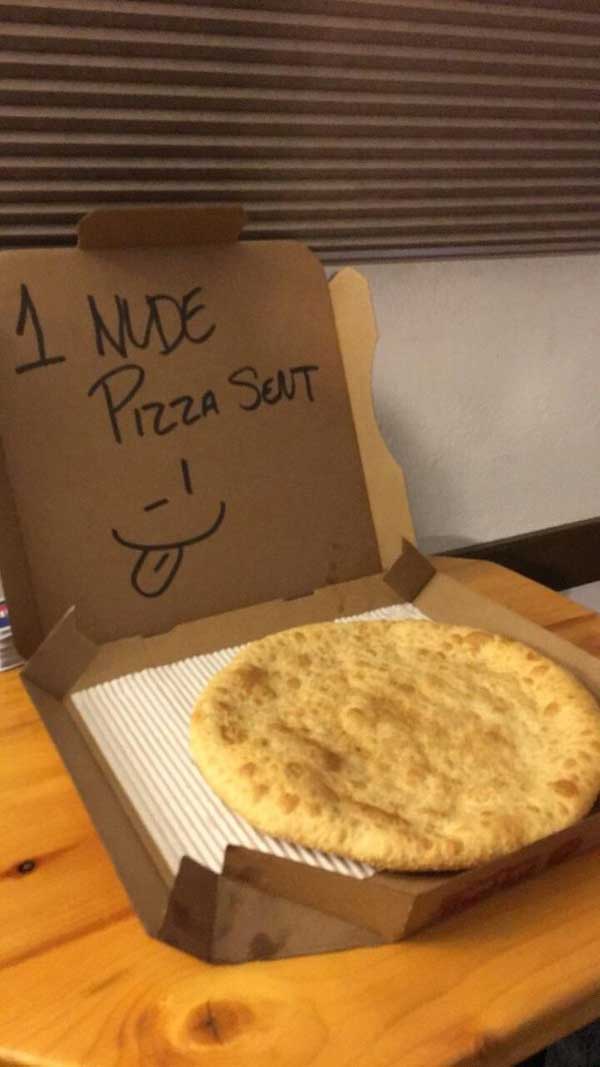 #6 They listened, they finally listened… 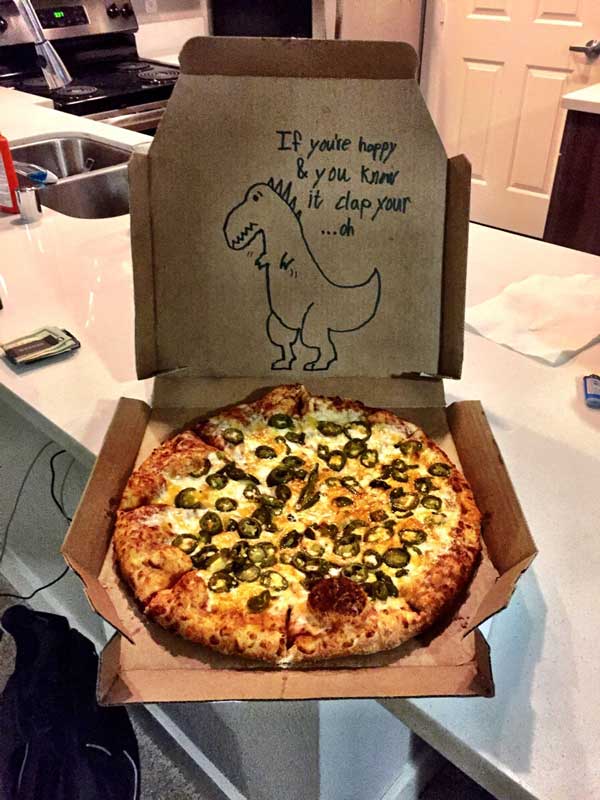 #7 A guy asked us to write on his pizza box “something to cheer up my girlfriend.” Wonder how that went? 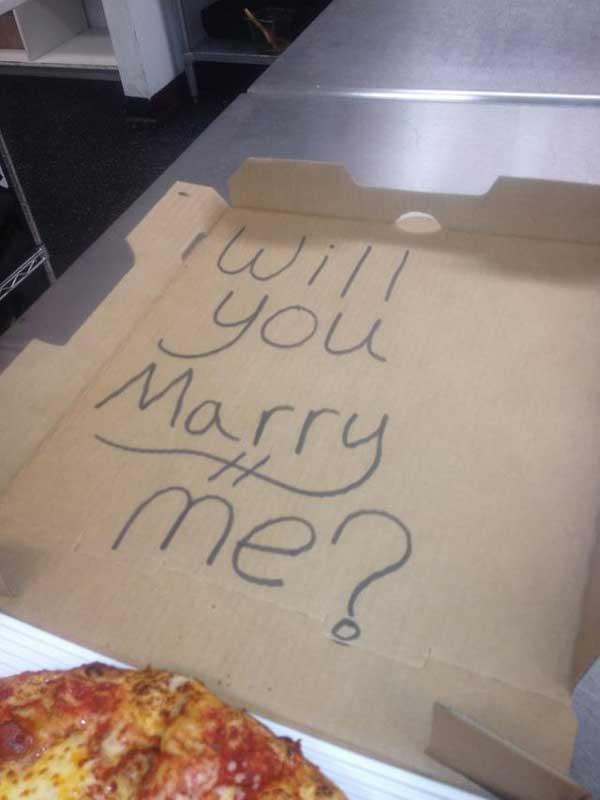 #8 Please draw a cute heart on the pizza box. 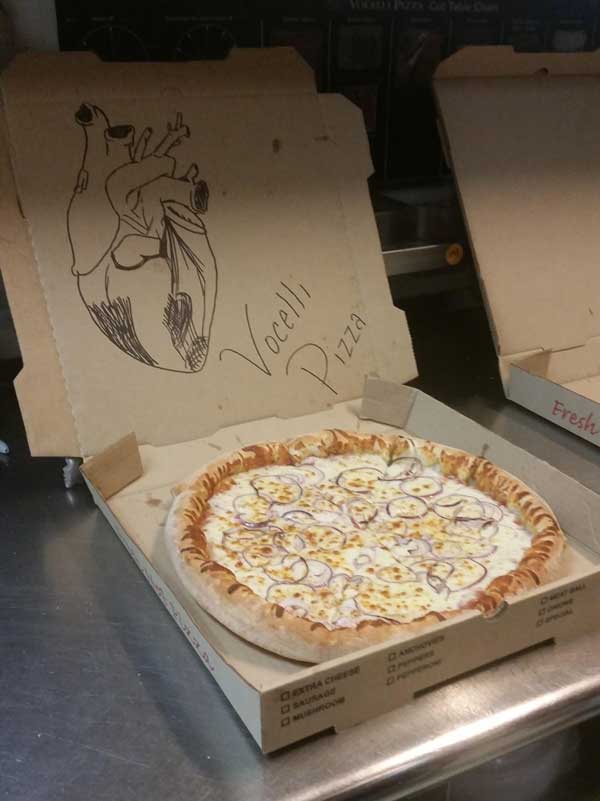 #9 Write a joke on the inside of the pizza box 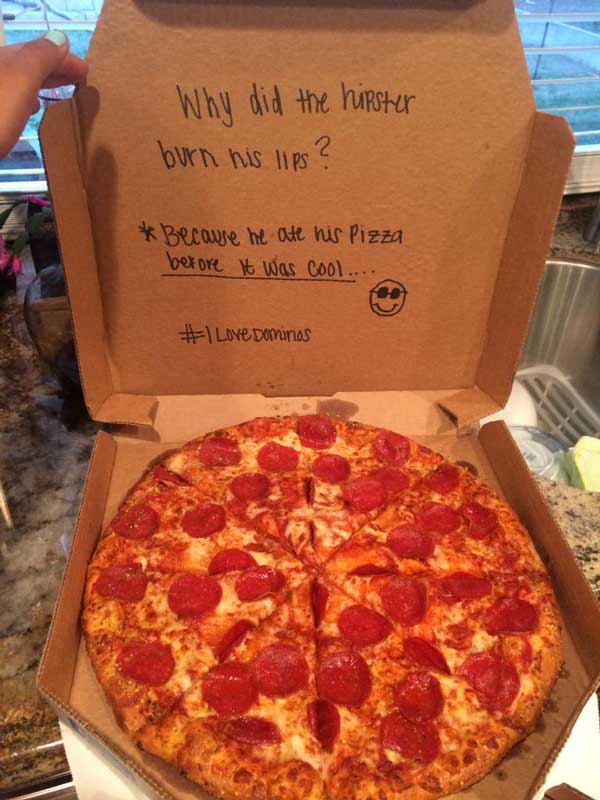 #10 Before I left work, customer made an order asking for a “panda riding a giraffe while holding a red solo cup on the box” 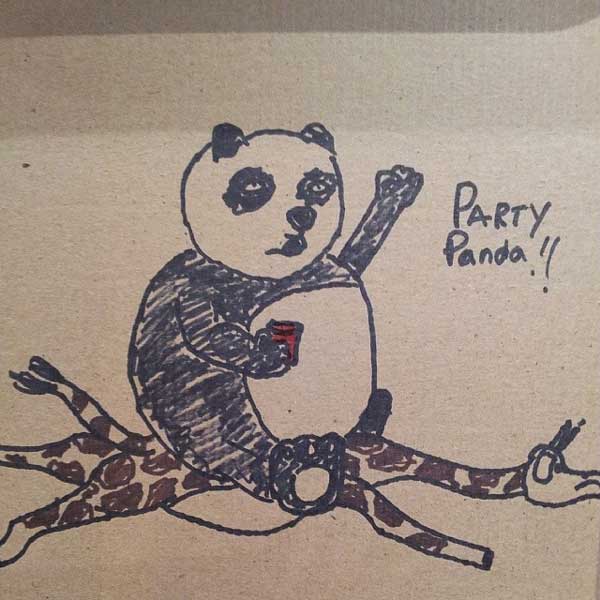 #11 My roommate asked the pizza delivery gal to “write something funny.” 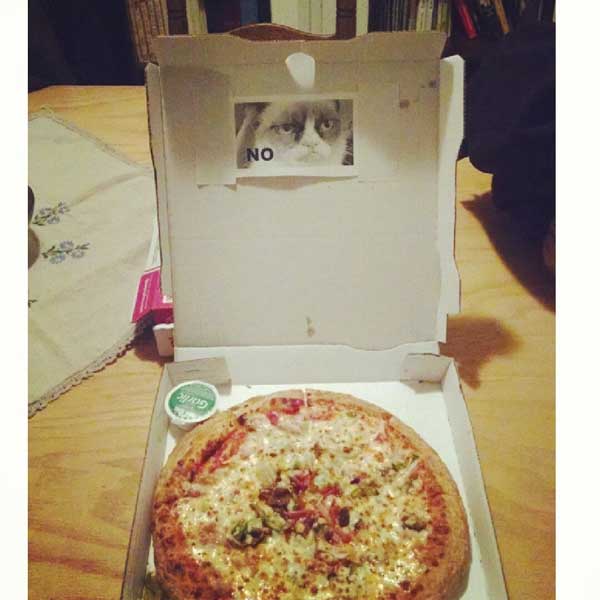 #12 I work in a pizza shop, a customer asked for a dirty joke on the box… 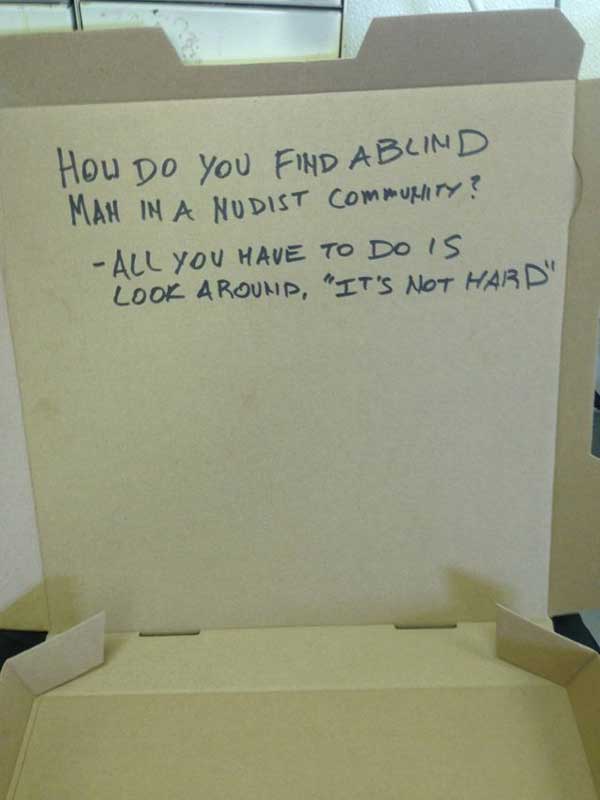 #13 Asked for a joke inside my Pizza box. Was not Disappointed. 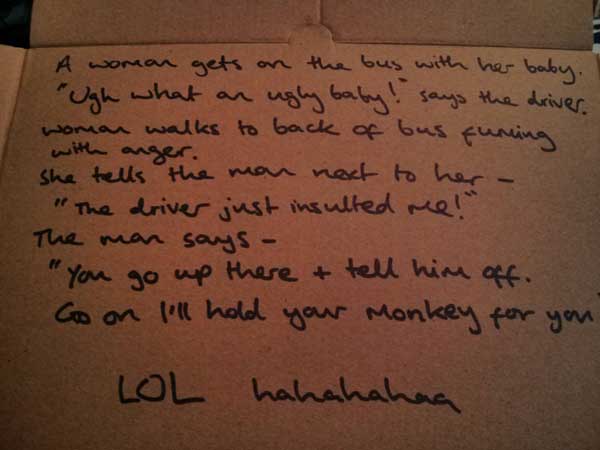 #14 We ordered a pizza and asked if they could draw something cool on box. 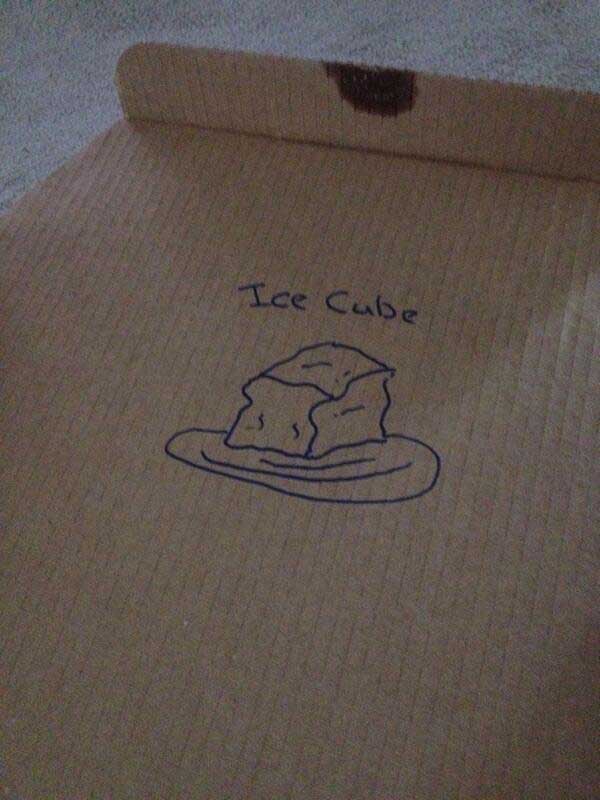 #15 When you ask for a drawing on your pizza box. 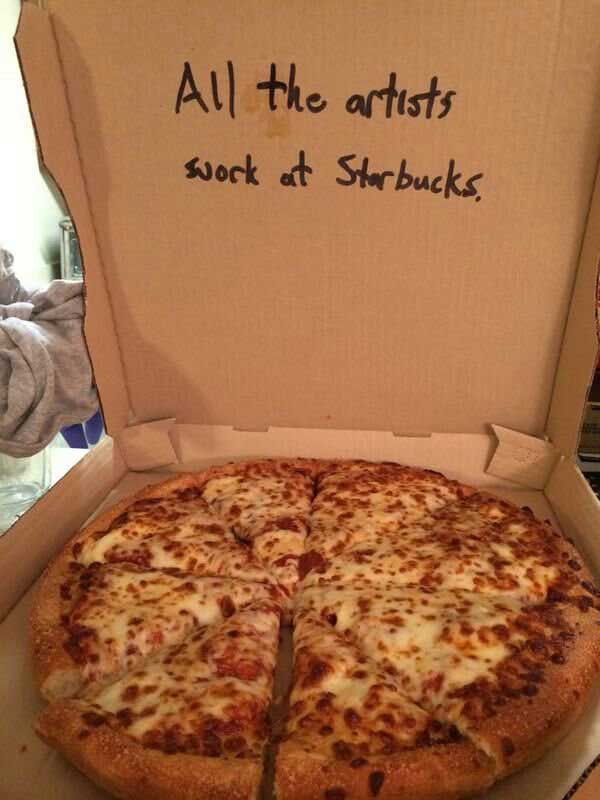 #16 I asked them to draw a dinosaur on the box. 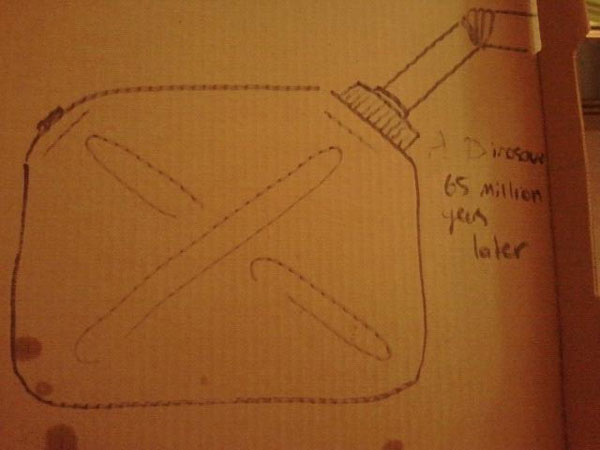 #17 I work at Domino’s and was asked to draw a Spongebob meme. 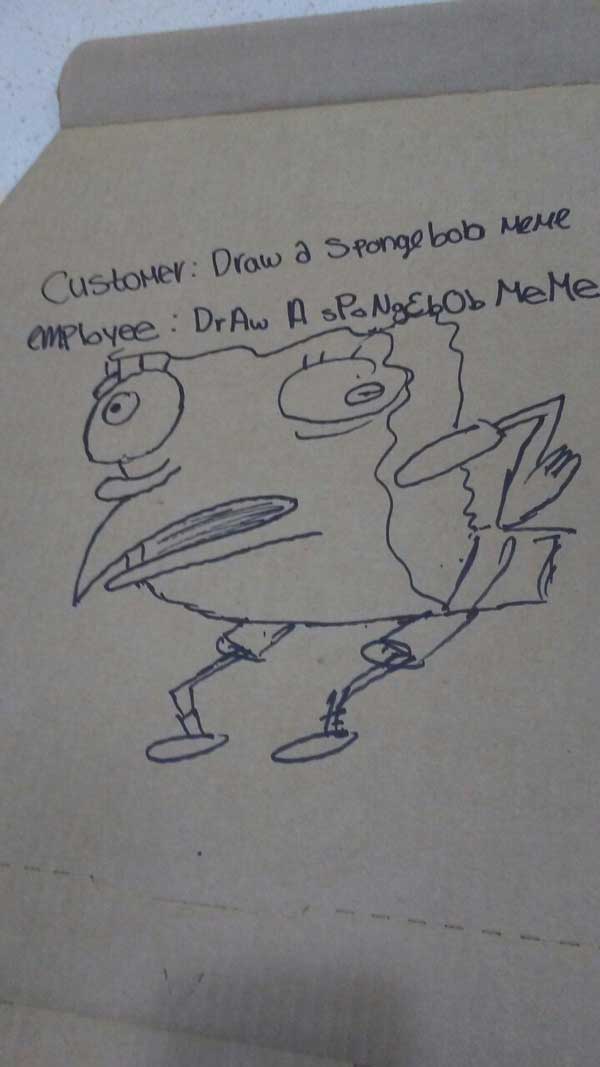 #18 I deliver pizza part time. Somebody ordered online with the instructions “Draw A Classy Cat” 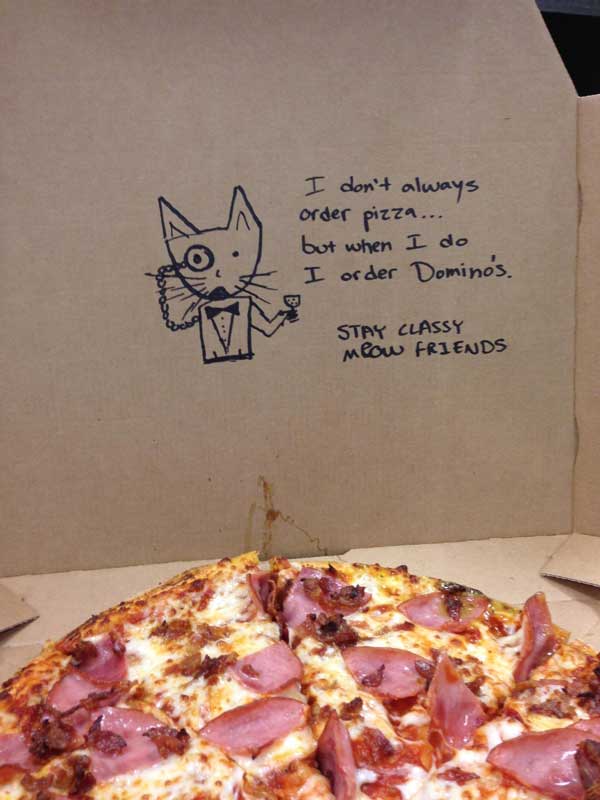 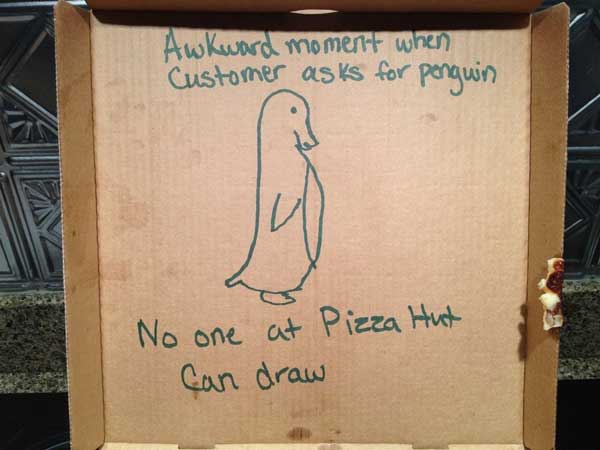 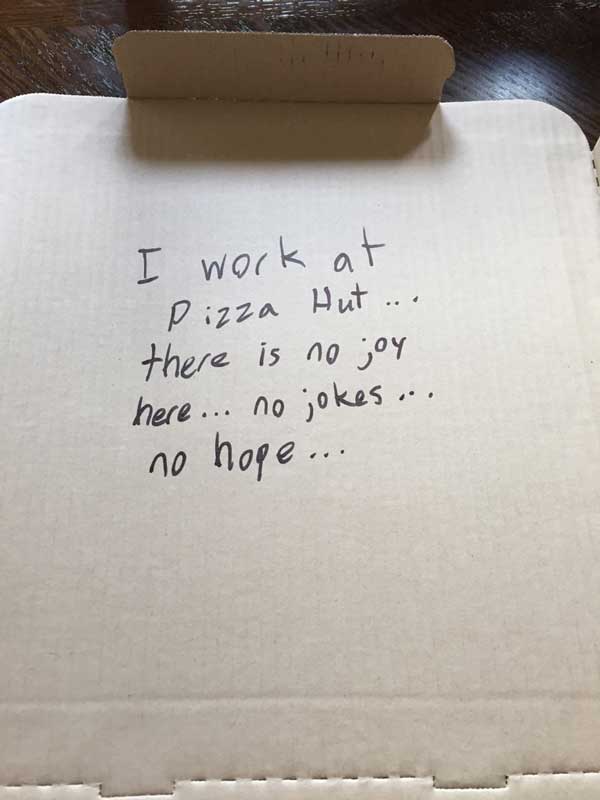 A number of habits I picked up while living in India
Fried Food Could Have a Surprising Effect on The Weather
What Is Something You’ve Done That Most People Haven’t?
25+ Of The Funniest Food Tweets Ever