Featuring the Bachelor contestant who faked an accent.

#1 This person changed her softball team’s name to “NO GAME SCHEDULED,” so opponents wouldn’t show up. 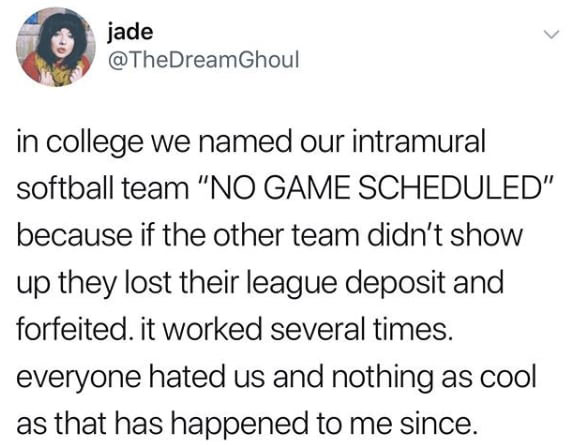 #2 This girl pretended she didn’t hit her sister’s car. 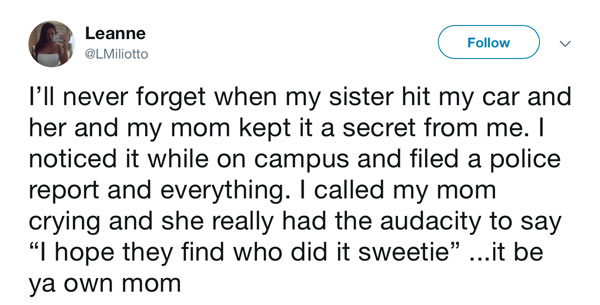 #3 This girl did all of this for a bagel. 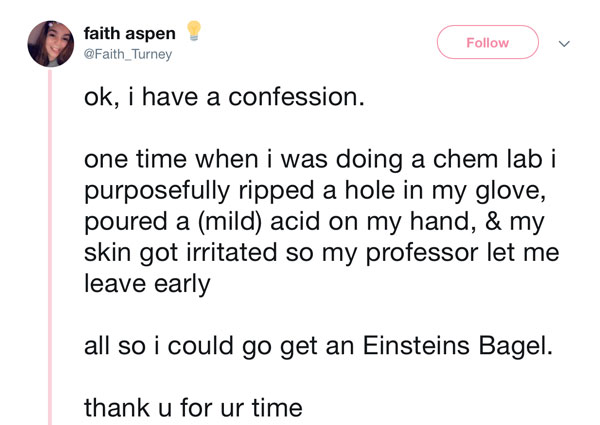 #4 This grandmother and her friend did this. 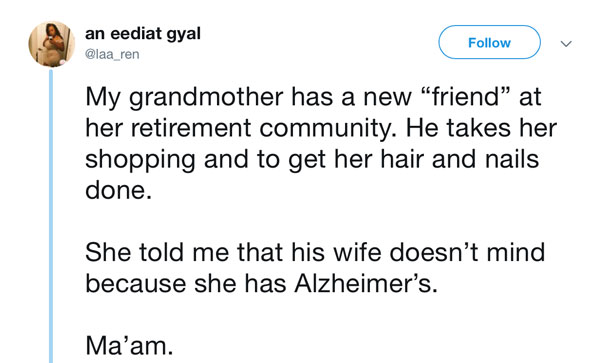 #5 This guy has been secretly playing “Between the Sheets” at church for years. 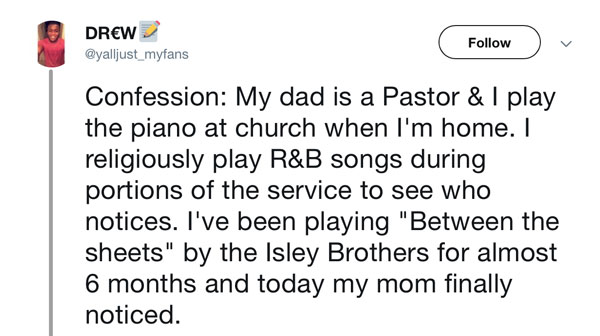 #6 This guy flexed so hard and it was so obvious. 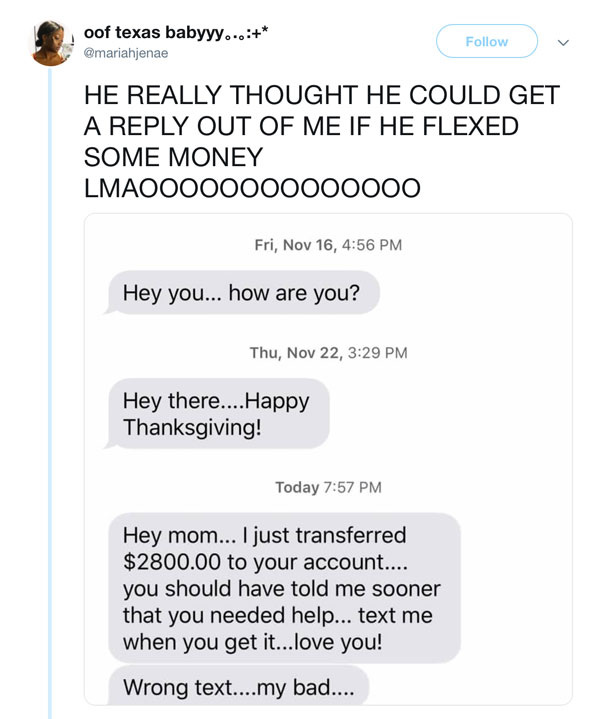 #7 This guy had a whole holiday routine of scheming. 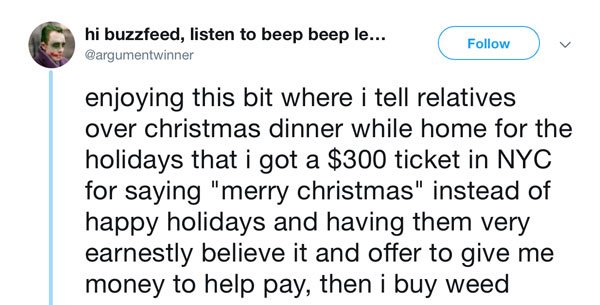 #8 This guy used copy and pasted beers to scam his friends to come hang with him. 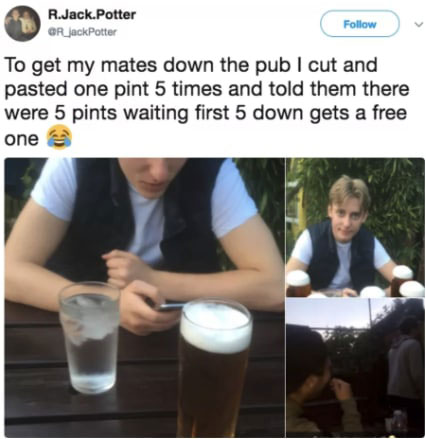 #9 This guy pretended to be Ross from Friends after getting a text from a stranger. 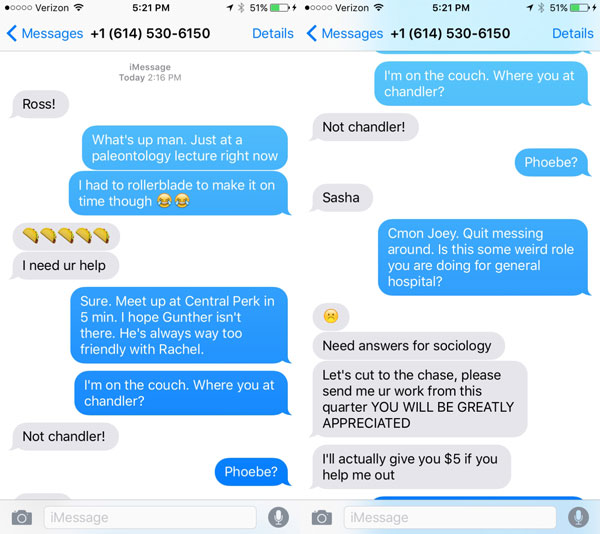 #10 This girl and her friends were hilariously dishonest. 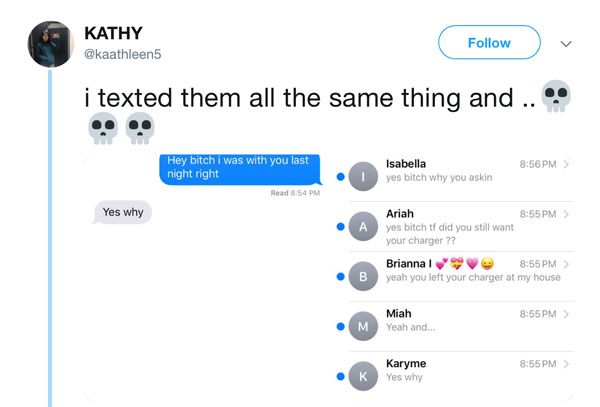 #11 This guy lied about the whole “never been worn” thing and got caught. 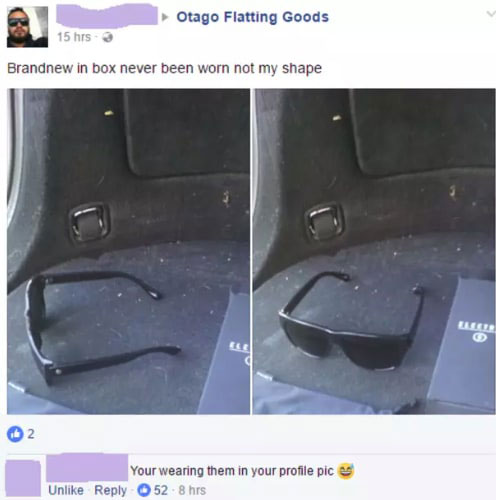 #12 This woman was inspired by Hannah Montana and did this. 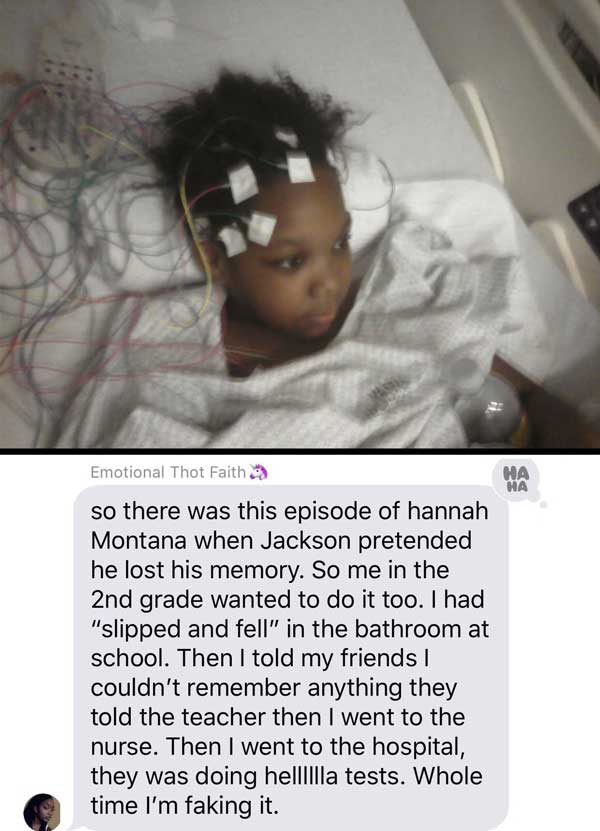