Recently Twitter user @glojulian prompted folks to share their unpopular liquor and there were some really interesting thoughts.

#1
Sweet wine shouldn’t exist. like at all.
_ShrimpTshingy / Via twitter.com

#2
Tequila slaps. Y’all just weak. After the 3rd shot you can’t even taste it
ItsNot_BRANDON / Via twitter.com 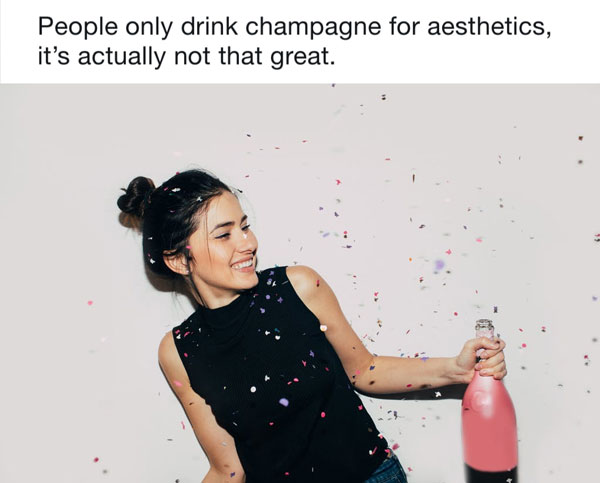 #4
Being a light weight is a good thing. Alcohol taste bad, if I can get fu*ked up faster than you, perfect cuz that’s the goal.
Tr1zz / Via twitter.com

#5
If you’re invited to a BYOB and you bring your sh*tty wine, sit down and drink your sh*tty wine.
Don’t go pouring yourself other people’s good liquor.
Sab__G / Via twitter.com

#6
Any bottle of wine priced above $30 is a scam
mriandavis / Via twitter.com

#7
There is literally not a 1 alcohol that tastes “good”. It all tastes like poison. Not up for discussion.
whoiskhadir / Via twitter.com

#8
Vodka is the worst of the main liquors.
VogtNick / Via twitter.com

#10
Being tipsy is better than being drunk
sarlabous_xo / Via twitter.com

#11
You already planned to do all the sh*t you did while you were drunk before you got drunk
wuuurrkkk / Via twitter.com