12 Hilarious Moments That’ll Make You Say, “How Are Men Alive?”

I had a fever and my boyfriend thought the thermometer was a pregnancy test.

#1 This boyfriend didn’t know what a thermometer was 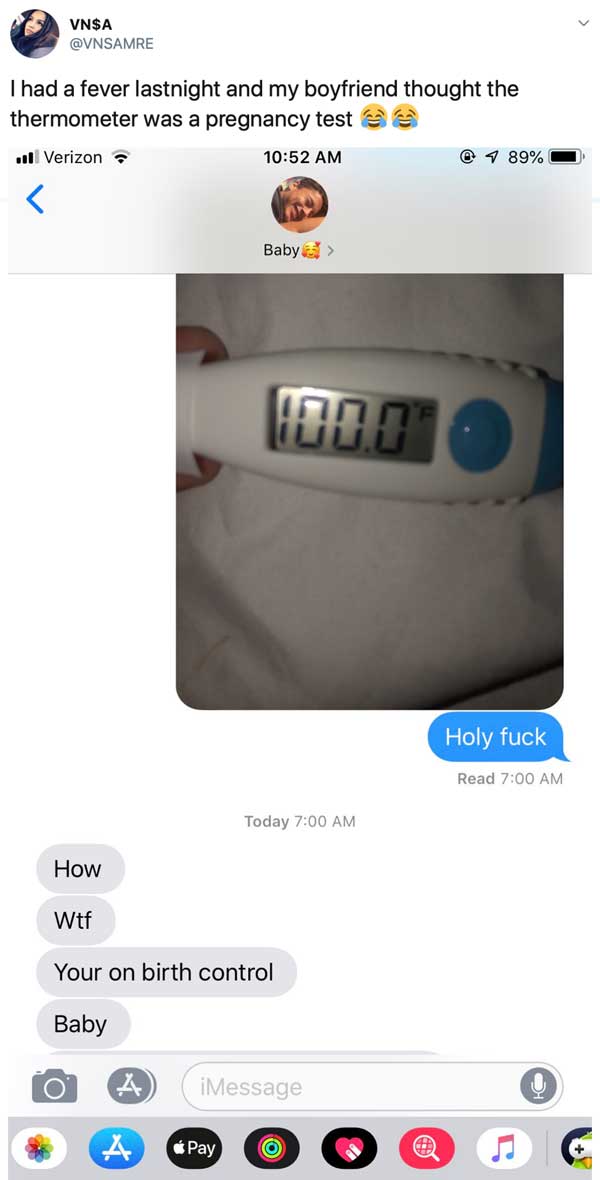 #3 This guy didn’t know how to brush his teeth 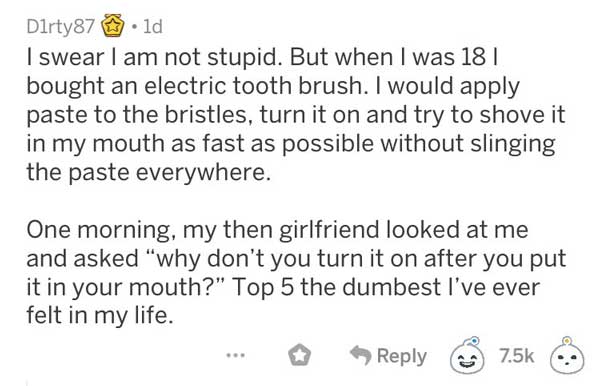 #4 This guy and a toilet 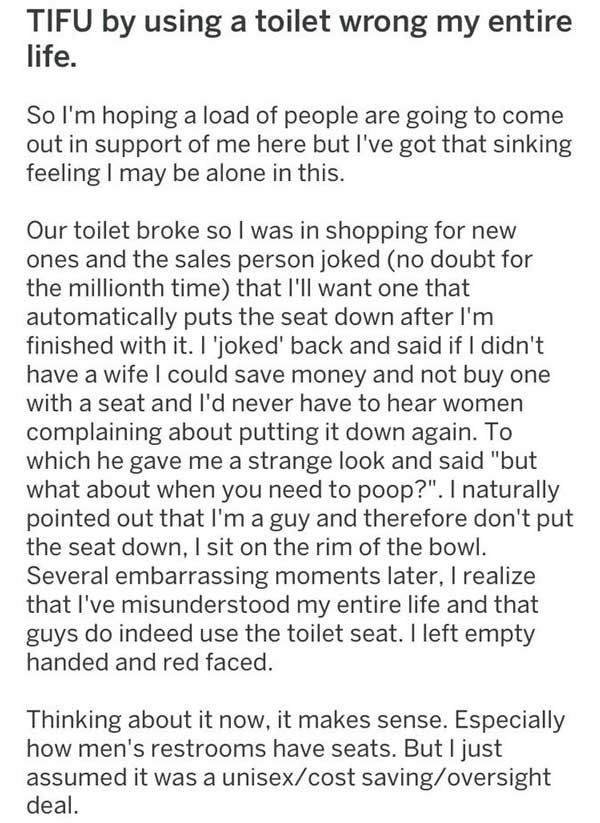 #5 This guy never knew you could warm up a shower 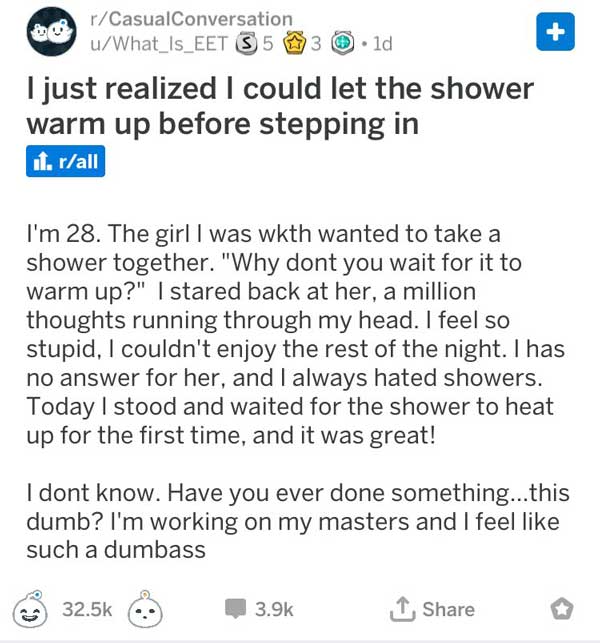 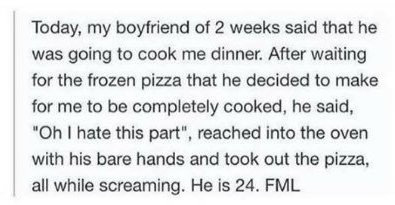 #9 This guy didn’t know how to walk 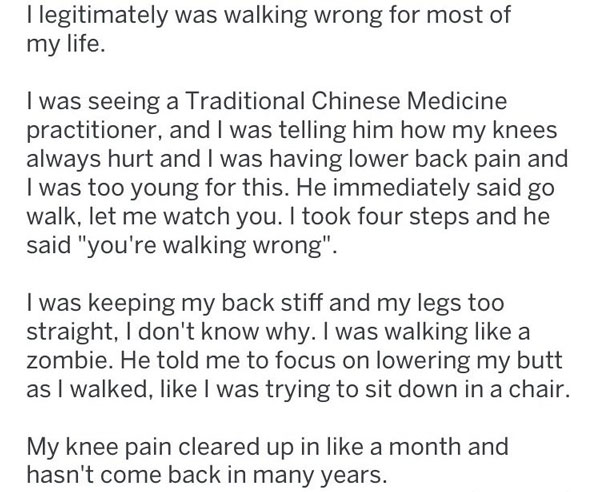 #11 This guy didn’t know how to blow his nose

#12 This guy’s just asking for an explosion

And finally, this group of guys played darts — with someone’s back as the board.