16 Dumb Things People Have Done To Impress A Crush

Recently, Reddit user Mea05cer asked people to share the dumbest thing they’ve ever done to impress a crush. Here are some of the best — and dumbest (no offense) — responses.

#1 The overconfident swimmer
I was going to a beach party with some girls from the hostel I was staying at in New Zealand. To get to the party, we had to take a $2 ferry across a 1 kilometer-wide inlet — but I decided to swim it to save money and impress the ladies. About halfway across, I realized I was slowly being swept out to sea, and I began losing strength. I’m not sure how, but eventually I made it to the other shore, about 100 meters away from the pier. The ferry had docked about 2-3 minutes before, and I nonchalantly walked over to meet the girls, as if I hadn’t just nearly been swept out to sea. While I did end up hooking up with one of the ladies, the $2 fare was for a round trip, so I still had to pay $2 to get back once the party was over.
beerbellybegone / Via reddit.com

#2 The dodgeball disaster
Getting up from the bleachers to play dodgeball in PE, I tried to pull off my sweatpants while yelling, “LET’S DO THIS!” I ended up yanking off everything, boxers and all.
CopperSmokeClayton / Via reddit.com

#3 The golf ball boomerang
I took my friend to the driving range, and she asked if her insanely hot friend could come as well. Her friend then mentioned that she had never hit a golf ball before, so I was thinking, Jackpot, now I’ve got a reason to talk to this girl and an excuse to ask her out if everything goes well. When we got to the range, I hit a couple of warm-up shots while she was getting set up, and I decided to really crush one to impress her. Well, I gave the swing everything I had — except I missed the ball, clipped the ground, and broke the club right off the pole. It then bounced back and smacked me in the face, giving me a solid shiner, all while she was watching.
honcho114 / Via reddit.com

#4 The étudiant stupide
I signed up for a French class in high school because a girl I liked was in one. It turned out that she was into me too, but my dumbass signed up for French 1, which she had already taken, and so the following year, she was in French 2 and I was sitting all alone in French 1 in a class I didn’t care about.
bdubbs09 / Via reddit.com

#5 The stuffed animal surprise
I hoarded a bunch of stuffed animals I’d won at a local arcade for this girl I really liked. One night, I decided to surprise her with them, figuring she’d then fall in love with me. So I threw them in a garbage bag, walked two miles down the road to her house, and knocked on her door. She answered while I concealed the bag behind my back and asked what I was doing at her house. I revealed the surprise, and she slowly took it from me, looked inside, and awkwardly thanked me while closing the door. I immediately realized I had miscalculated the gesture and probably looked like a huge creepy fu*k. I power-walked back home, and to this day, I still think about it from time to time.
_Than0s / Via reddit.com

#6 The cycling catastrophe
I was about 12 and riding my bike home from high school when I saw a group of pretty older girls ahead of me. This stretch of road required me to ride on the pavement, so I thought I’d be cool and overtake them by dropping down into the road and then jumping back up the curb once I’d passed them. Well, I almost died that day. My determination to impress them overtook the part of my brain that deals with logic, and I severely miscalculated the jump. I skidded against the curb, and it bucked me out into the middle of the road into oncoming traffic. As I scrambled to get back onto the pavement, my bike flew clean off the ground, and I was propelled into a bush. They did come over to help and called me cute when I started crying, so I took it as a win, but I haven’t been on a bike since.
snowdropwrites / Via reddit.com 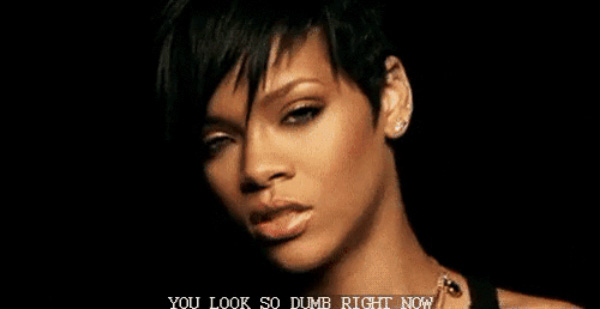 #7 The dancer’s defeat
While in the Dominican Republic, I went to an open dance competition, which around 200 people were attending. I was young, around 9-10, and spotted a cute girl who must’ve been around 14-15. So obviously I decided the best way to get her attention was to get up on stage and dance my heart out. So for three minutes, I shuffled awkwardly while maintaining constant eye contact with that girl and getting horrified looks from my parents. The coordinator cut me off early by pretending the speaker stopped working, and I got a pity clap.
SlothWithATopHat / Via reddit.com

#8 The taekwon-don’t
When I was a teen, I was in a taekwondo class with two girls around my age. They liked to go and have a smoke behind the mall before class, and I wanted to be cool and impress them, so I took up smoking too. One day, one of the girls came to class early, so I went and had a smoke with her. Then, the next girl came in and wanted to have a smoke, so I went and had another one with her. Upon coming back, we started doing our warm-up laps, and I felt very queasy. I had to throw up, so I ran outside, right next to a Dairy Queen, and threw up all over the glass wall where the cashiers and several people eating looked on in horror.
Kelluthus / Via reddit.com

#9 The backflip flop
I tried to do a backflip, despite never having done a backflip before (not even on a trampoline). I actually wound up just jumping backward and hitting my head hella hard on the ground, and then I woke up and threw up a bunch. If she ever had a thing for me, which all my friends said she did, it was gone that day.
sailraccoon / Via reddit.com

#10 The fake news fiasco
I lied and said I had experience in journalism (because I didn’t think we’d have anything except a brief encounter) when I’d actually taken only one class in college. On our first date, he took me to witness a local clash between police and citizens, and I got tear gassed and robbed.
throwwawwayy66 / Via reddit.com

#11 The “near-death” experience
While trying to razor scooter down the steepest hill around, I crashed into the back of a funeral hearse and shattered the back window. There was a body inside, and the family was outside waiting to either go to the cemetery or take the coffin inside. I got up, covered in blood and glass, grabbed my scooter, and hobbled away to the nearest alleyway.
brokendew / Via reddit.com

#12 The dictionary drop
When I was 15, I dropped a heavy book on my head. It was this old dictionary: a single volume that was easily 8 inches thick and 15 pounds. I laid down on the floor, held it over my head with my arms fully extended, and dropped it right onto my forehead. I guess I thought it would show how tough I was? I was not tough.
raymond1138 / Via reddit.com

#13 The summersault setback
I tried to jump through a swing. The plan was to go headfirst through, do a summersault on the other side, and look super cool, but I instead smacked my face on the wooden seat.
killerkarabs / Via reddit.com

#14 The football fiasco
My senior year of high school, I told one of my best friends — who was also this sweet, beautiful, fit, football-playing boy — to throw the football as high as he could and I would catch it. (You know, to impress him and make him realize I was the girl of his dreams.) He threw it. High. I did not catch it. I did, however, fracture my pointer finger when it bounced off my hands, and I had to wear a friggin’ finger cast to school for a few weeks and go to to physical therapy. He felt terrible. I felt like an idiot. Hilariously though, since I was constantly walking around giving a No. 1 hand gesture, everyone at school started doing the No. 1 gesture when I walked by them. Good times.
BRKS4 / Via reddit.com

#15 The 5-meter misfortune
I tried to do a backflip from a 5-meter diving board, except there was no flipping involved. Instead, I just fell…on my back…into a pool…from 5 meters high. I don’t know what was more bruised, my back or my ego.
JayCDee / Via reddit.com

#16 And finally, the smack, crackle, flop
In elementary school, when I walked by this girl I liked, I would pretend to chew gum and crack my knuckles because I thought I’d look “cool.” Jesus.
drewbob1000 / Via reddit.com

Eating Meat Was Banned in Japan for Centuries
21 Jokes You’ll Find Funny If You’ve Ever Pooped
Can Animals Commit Suicide?
18 Tweets About Pets That Will Make You Inexplicably Happy